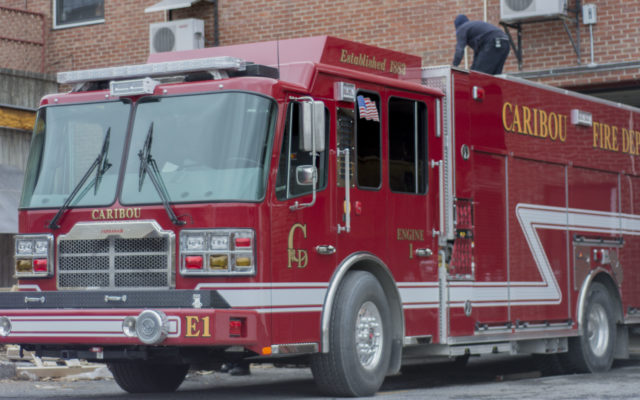 The 2012 Ford Focus was engulfed in flames when firefighters arrived about 20 minutes after the call came in to the fire station at 8:08 a.m., Fire Chief Scott Susi said Tuesday afternoon.

The driver, Bill Thibodeau, and a passenger, were out of the vehicle and uninjured, the chief said.

Firefighters used foam to quickly put out the fire and left the scene on the side of the road at 402 New Sweden Road, also known as Route 161, around 9 a.m.

The chief did not know the cause of the fire, but said that newer vehicles often contain a magnesium electrical box which is “pretty hard to put out” once it ignites.

While he did not know what happened in this specific case, Susi said that “in the winter people often have to jump [start] vehicles and that puts a lot of strain on the vehicle. It could short the electrical wires, and once those wires get hot, it could cause an internal fire.”
The chief said that vehicle fires are not uncommon for the department, and that they respond to one “every now and again.”

For the first time since 2019, there is competition for open seats on the Houlton Town Council
Pets END_OF_DOCUMENT_TOKEN_TO_BE_REPLACED

We hope everyone enjoyed a wonderful holiday season and is looking forward to the new year.  December was a busy month at the Central Aroostook Humane Society with so many people and businesses bringing in much-needed supplies and monetary donations, which help us to take care of the special temporary pets in our care.
What's Happening This Week END_OF_DOCUMENT_TOKEN_TO_BE_REPLACED