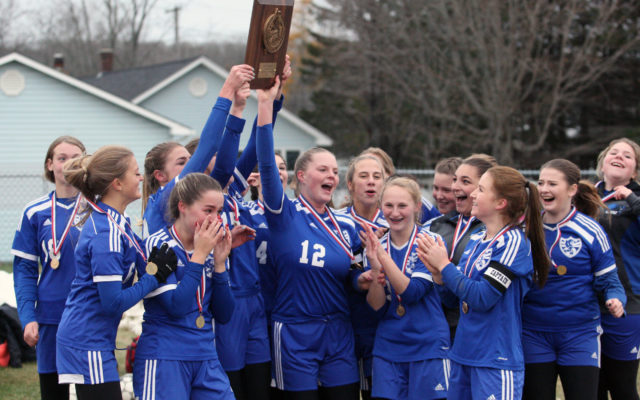 Joseph Cyr • November 1, 2018
History was made Wednesday for the Central Aroostook girls soccer team as the Panthers rallied from a two-goal deficit to collect the school’s first-ever regional girls soccer championship.

MARS HILL, Maine — History was made Wednesday for the Central Aroostook girls soccer team as the Panthers rallied from a two-goal deficit to collect the school’s first-ever regional girls soccer championship.

No. 1 Central Aroostook (16-0-1) defeated No. 2 Ashland 4-3 in overtime to win the Class D North championship. Seven-year varsity coach Joe Levesque said he was at a loss for words following the victory.

“This is all new for me,” the coach said. “I honestly don’t know what to say.”

Junior Katie Levesque, the coach’s daughter, delivered the game-winning goal with 7:13 remaining in overtime to give the Panthers their first regional crown. Levesque scored all four goals for the Panthers in Wednesday’s game, and she now has 107 career goals for CA. 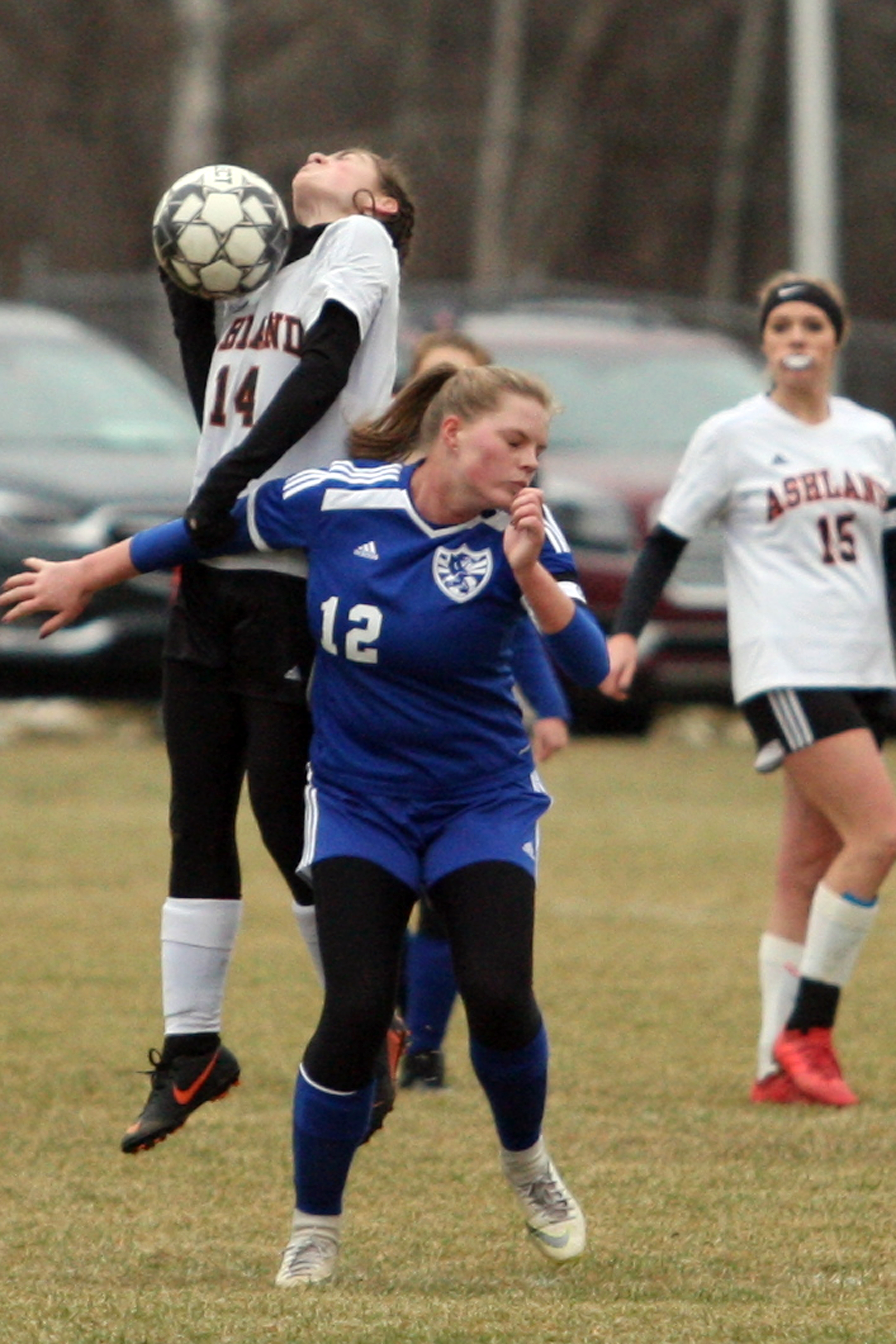 Levesque’s game winner was set up by a through pass from Liberty Fulton that deflected off a Hornet defender and bounced directly to Levesque. She calmly settled the ball and sent a soft-touch shot to the lower left corner of the net past the Ashland goalie for the victory.

“This is awesome,” Katie Levesque said. “I am so excited right now. It’s the best feeling in the world. Two years ago, we lost to them (Ashland) 11-0 in the playoffs. I am so glad we could pull through and win today.”

Things were not looking too good for Central Aroostook coach Levesque and his girls as it appeared Ashland was about to play a Halloween trick on the Panthers.

Leading 3-1 with 25 minutes to go in the Class D North championship, an upset appeared to be in the making for veteran coach Peter Belskis and the Hornets.

Ashland has had a stranglehold atop the Class D North standings for the past several years and appeared poised for a fifth consecutive regional crown. The Hornets won the last four consecutive D regional titles and collected state championships in both 2014 and 2016.

Ashland struck early as Gabby Ayotte scored just 2:30 into the game. Levesque countered with her first goal of the day with 22:31 to play to even things at 1-1.

Two minutes later, Ashland’s Shelby Stultz made it 2-1 in favor of the Hornets off a pass from Ayotte. That score held until halftime.

In the second half, Ashland went up 3-1 on a goal by Danni Carter.

But the Panthers were not ready to roll over in front of their home crowd.

“We were in trouble there for a stretch,” coach Levesque said. “I told the girls to stay focused, because we have been a better second-half team all year. I felt if we could keep moving and stay positive, we would come out of it. And they did.”

Katie Levesque scored with 24:22 remaining and then evened the game on a penalty kick with 10:23 to go to tie the game at 3-3. That’s how it ended in regulation.

Freshman Olivia Blackstone had three saves on eight shots for the Panthers while eighth-grader Reagan Libby had four saves on 16 shots for Ashland. The Panthers held a 12-1 advantage in corner kicks in the game.

The two squads met twice during the regular season, with CA winning 5-1 at Ashland back on Aug. 23. But in the rematch in Mars Hill Oct. 9, the teams played to a 1-1 draw. It was the only blemish to what otherwise has been a perfect season for the Panthers.

“This was a great game between two evenly-matched teams,” coach Belskis said. “The turning point was when we went up 3-1.They (CA) came right back and scored a goal within a minute. They could have collapsed but they didn’t.”

The Hornets end their season with a 13-3-1 record.

Next year's Caribou City Council will include a new member and a longtime councilor thanks to Tuesday's election.
Pets END_OF_DOCUMENT_TOKEN_TO_BE_REPLACED

Everyone who enjoys the company of a dog knows that sometimes dogs have strange behaviors.  They may arrive in your life with the behaviors already in place, or perhaps they are adopted as a puppy and develop a behavior young.
What's Happening This Week END_OF_DOCUMENT_TOKEN_TO_BE_REPLACED