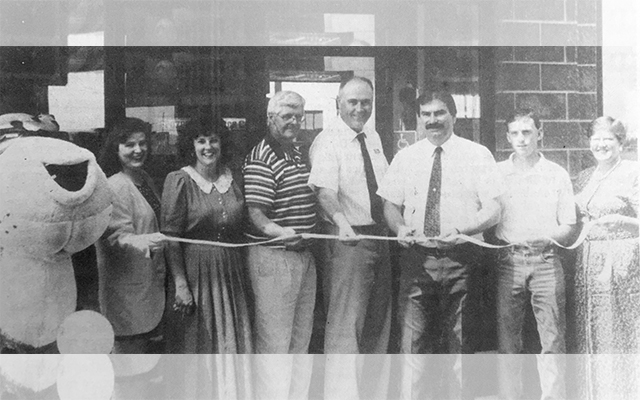 Lanette Virtanen • August 13, 2019
115 Years Ago - Aug. 12, 1904     Watching the line — The custom officials have had plenty of work this week watching the boundary line. Two seizures of smuggled liquors have been made.

Watching the line — The custom officials have had plenty of work this week watching the boundary line. Two seizures of smuggled liquors have been made.

Replacing hydrants  — Supt. McIntyre and crew of the Water Co. were busy on Tuesday replacing the old hydrant which was near the Pioneer block with a new one of the modern frost proof type.

Substitute driver — The U. S. Mail team has been driven during the past week by Gus Cogan who is substituting for the regular driver, Geo. W. Fiske who has been confined to his bed by illness.

New offices — Calvin L. Fox Esq. is nicely located in his offices in the Masonic Block for the practice of Law and has as convenient and well arranged quarters as can be found in Eastern Maine.

Change of ownership — Change of ownership of the eight New England Starch Company factories in Aroostook County recently to Thurber E. Holt and Anton J. Gavriel of Fort Fairfield and James H. Page of Caribou became known last week. The new owners will be partners without the formation of a corporation. A new name is contemplated. The plants are located at Houlton, Fort Fairfield, Caribou, Limestone, Easton, Mars Hill, Washburn and Presque Isle.

60 attend Field Day — More than 60 delegates from Red Cross chapters in all parts of Aroostook County were guests of Mrs. Cora Putnam at her cottage at Drews Lake at a Red Cross field day. George W. Haskell acted as master of ceremonies at the brief program that was presented.

Happy birthday — Mrs. Sadie E. Smith, who  makes her home with her niece, Mrs. John Burlock and Mr. Burlock, celebrated her 103rd birthday Aug. 10. The field representative of the Social Security office in Presque Isle presented Sadie with greetings from Robert M. Ball, Social Security commissioner. His card said the following: “Another year has passed and it is again my pleasure to send you warmest greetings on your 103rd birthday. May peace and contentment be with you in the year ahead and may you find continued joy in your rich story of memories.” Mrs. Smith is believed to be the oldest recipient of Social Security benefits in Aroostook County and possibly the State of Maine.

Library moves to new wing — Aug. 7 was moving day for the Cary Library. Furniture and steel stacks for the newly constructed $180,000 addition to the main structure were installed by Peter Q. Felix, engineer for Aetna Steel Company. With the help of The Hagan Manufacturing Company of Carys Mills, makers of potato handling equipment, who installed a conveyor through, from a window in the main building to the delivery door at the rear of the new addition, transferred 22,000 books and periodicals.

Acquiring business — Robert E. Anderson, president of the F.A. Peabody Co. in Houlton, has announced the purchase of the Dunlap Insurance office in Presque Isle and all of the Dunlap Corporation insurance business in Aroostook County. Robert Reed, branch manager, and staff will continue to service Dunlap customers out of the Presque Isle office. The Peabody Co., whose home office is located on North Street in Houlton, was incorporated in 1927 and has other offices in Hampden, Mars Hill and Sherman Mills.