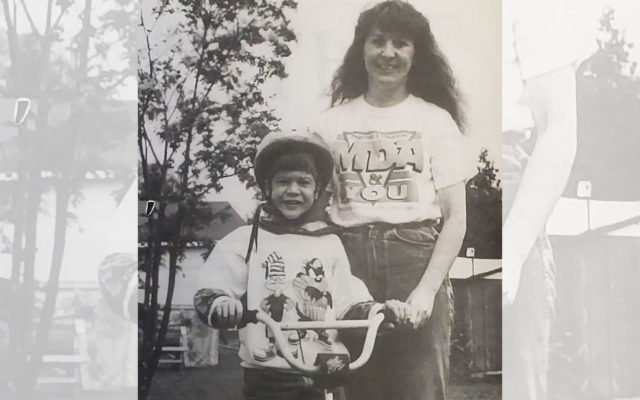 Compiled by Yvonne Tardie, Special to The County • September 10, 2019
The several organizations engaged in relief and benefit work comprising the Y.M.C.A., Y.W.C.A., W.C.C.S., S.L.A. National Call Council, Jewish Welfare and Salvation Army, whose appeals for funds had heretofore been presented in separate campaigns, were to be consolidated, and a drive for a lump contribution to cover the claims of each had started.

Relief and benefit work — The several organizations engaged in relief and benefit work comprising the Y.M.C.A., Y.W.C.A., W.C.C.S., S.L.A. National Call Council, Jewish Welfare and Salvation Army, whose appeals for funds had heretofore been presented in separate campaigns, were to be consolidated, and a drive for a lump contribution to cover the claims of each had started.

For the purpose of formulating plans for this drive a joint state conference was held in Portland, which was attended by delegates representing each organization. They expected 25 representatives from Presque Isle, whose designation was left to Mrs. Ida McNamera acting under authority of Mary Little Thompson, State Chairman, Y.W.C.A.

Trinity Lodge lobster supper — Working under a committee headed by Harry K. Parks, Lawrence Sanborn and Ray Salisbury, members of Trinity Lodge made arrangements for a monster lobster supper to hungry fraters. This was the first such affair for Trinity in some time and a large number took advantage of a spread of Maine coast lobsters and Aroostook french fried potatoes.

Promoted to corporal — Private First Class Richard E. Farrell was promoted to the grade of corporal, according to the public relations officer of the Great Bend (Kansas) Army Air Field, where he was stationed. Corporal Farrell was a clerk typist at the Air Base. A graduate of Presque Isle High School, he was employed as a technical supply clerk in a civilian capacity at the Army Air Field at Presque Isle, previous to his enlistment in May, 1943.

Hussey named to Armour post — Gorham W. Hussey, son of Mr. and Mrs. Frank Hussey of Presque Isle, was appointed director of marketing for Armour and Company’s Fresh Meats Division. He was responsible for developing the programs and organization for the marketing of fresh meats throughout the United States. Previously, Dr. Hussey was manager of economics and planning for the Armour Foods Division.

Presque Isle man honored — Ronald Soucier, son of Mr. and Mrs. Gregory Saucier of Presque Isle, received the Army Commendation Medal for meritorious achievement in Vietnam by the direction of the Secretary of the Army. Soucier was a graduate of Presque Isle High School and was stationed in Vietnam for almost two years with Company A, 158th Aviation Battalion, 101st. Airborne Division, US Army.

Vintage aircraft in Presque Isle — The skies over Presque Isle were buzzing as a 1948  Constellation aircraft came roaring over the town, before settling down at the Northern Maine Regional Aircraft. The antique aircraft, just one of three still considered airworthy in the world, was making a pit stop at the Presque Isle airport to undergo a routine customs inspection and bank up on fuel before heading on its way.

Chapman selectman retired following 28 years of service — Charles Beaulieu of Chapman was the guest of honor at his retirement dinner at the Carriage House restaurant in Presque Isle. He served from 1966-1994 as selectman, chairman of the board, assessor, overseer of the poor and budget committee member for the town of Chapman.

Federal Express moved to new home — A growing trend of expansion and a need for more floor space were just two reasons why Federal Express had moved from its previous location in the Skyway Industrial Park to a new larger facility not far from the original site, at the facility more commonly known as the Spec building. According to Federal Express spokesperson, Juan Pere, the courier service had “outgrown” its former facility, due to its expanding customer base.

Maine is more than eight months into Medicaid expansion under the federal Affordable Care Act and trends around who is enrolling and where they live are starting to emerge, bucking some expectations and pointing out access challenges.
Pets END_OF_DOCUMENT_TOKEN_TO_BE_REPLACED