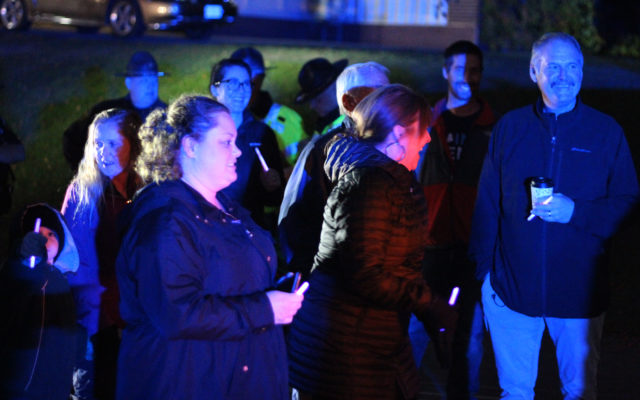 Remembering the victims of domestic violence

Joseph Cyr • October 5, 2019
Eight people have lost their lives so far in 2019 from some form of domestic violence abuse.

HOULTON, Maine — Eight people have lost their lives so far in 2019 from some form of domestic violence abuse.

And while that number is down from the 10 deaths through the first 10 months of 2018, it still is not good enough for officials at the Hope and Justice Project.

October is Domestic Violence Awareness month and for the fourth year, the Hope and Justice Project has sponsored the “Light It Up” Houlton, domestic violence awareness walk. This year’s event was held on Thursday, Oct. 3, at the Gentle Memorial Building. 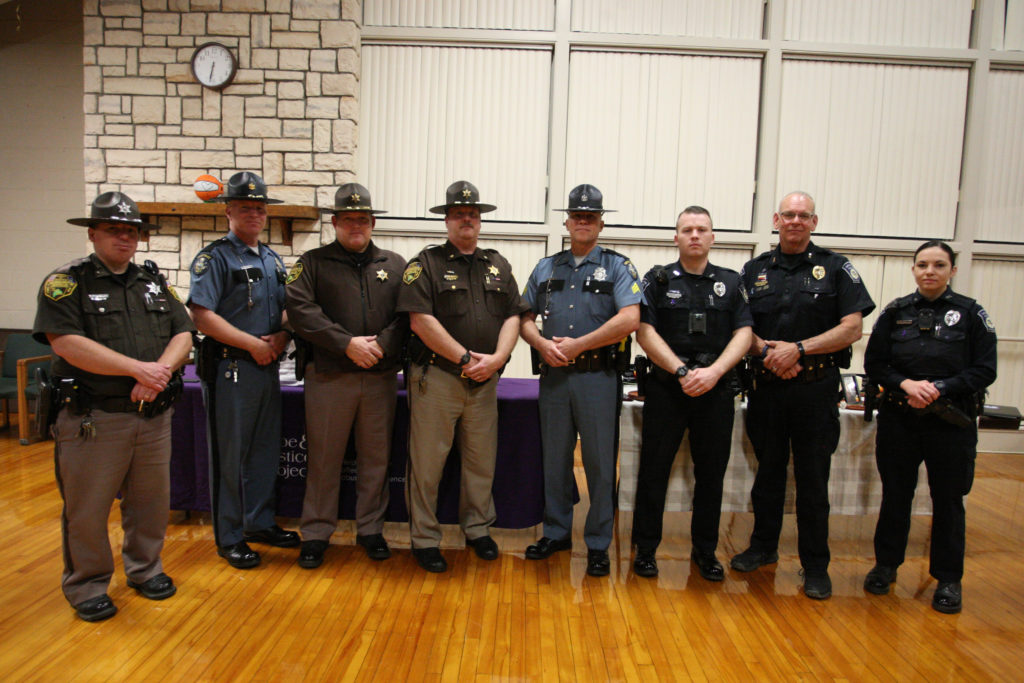 The Hope and Justice Project is a non-profit organization that provides community education about domestic violence and offers support services for those who are affected by it in Aroostook County.

Leslie Gervais, prevention educator for the Hope and Justice Project, said events like the one in Houlton were crucial to raise awareness for a cause that can be prevented. 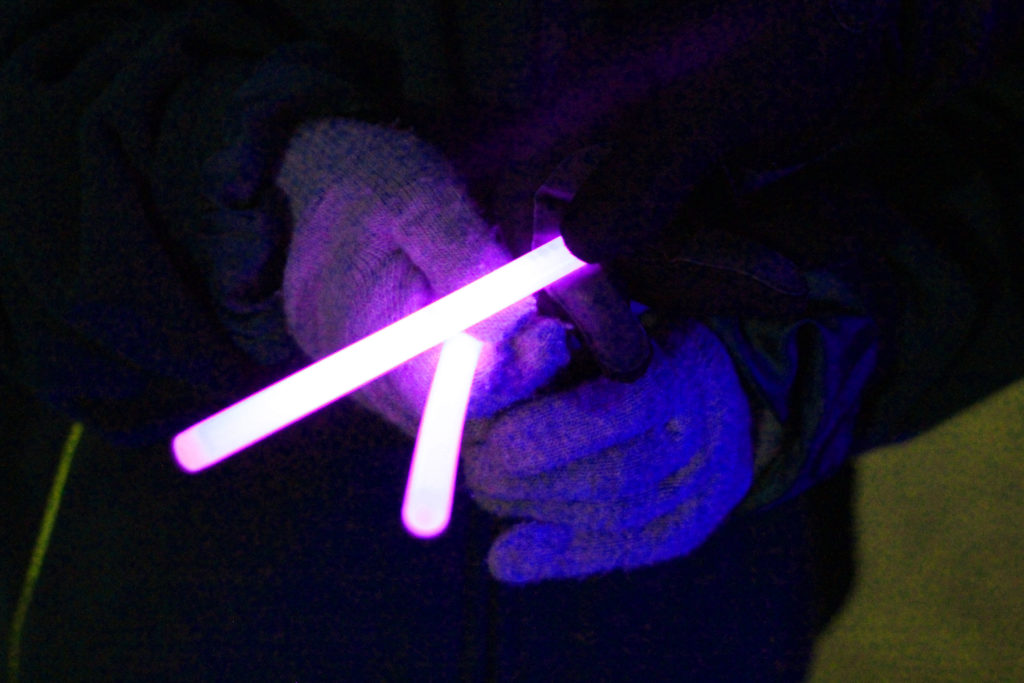 Gervais said as every September draws to a close, she awaits with dread the release of the Maine Department of Public Safety’s’ list of Maine’s homicides.

“I wish for one not to arrive, which would mean no lives were lost this year,” she said. “But as you can see from this table, we lost eight people to domestic violence this year, including one from right here in Aroostook County.” 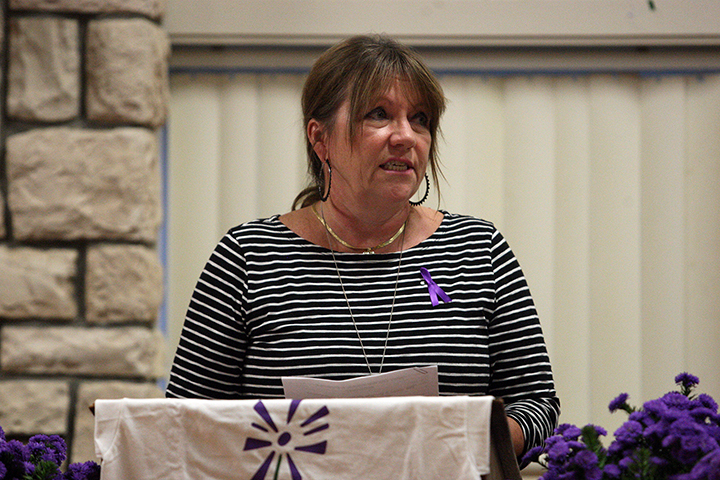 Leslie Gervais, prevention educator for the Hope and Justice Project, speaks to those in attendance Thursday, Oct. 3 for the fourth annual “Light It Up” Houlton domestic violence awareness event in Houlton.
(Staff Photo/Joseph Cyr)

That case involved Matthew Leavitt, 35, of Presque Isle who shot and killed his 14-month-old son, Quinten, before killing himself in their home on the Reach Road.

Houlton Police Chief Tim DeLuca thanked the Hope and Justice Project for the partnership the two groups have forged to address the issue of domestic violence, and encouraged those in the audience to take a more proactive approach if they know of any incidents.

“Domestic Violence around the country, state and community continues to be a serious issue victimizing our families and Houlton is no exception,” he said.

In 2017, the Houlton Police Department arrested 41 people for domestic criminal charges, the chief said. That number rose to 46 in 2018. 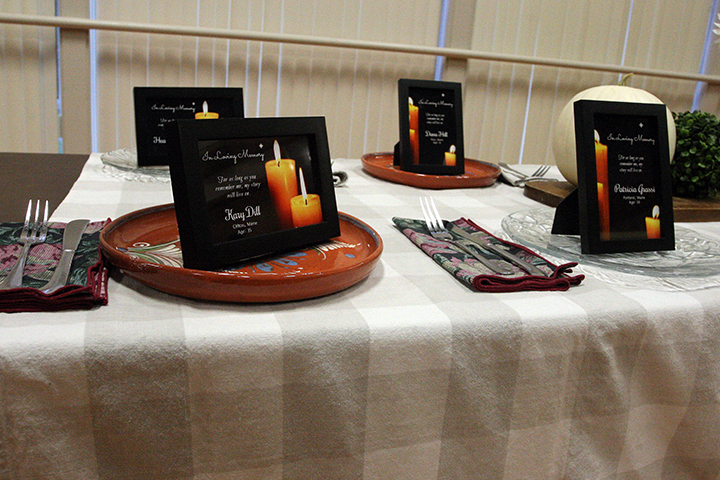 Picture frames bearing the names of seven people who have been killed so far in 2019 from domestic violence line a table as part of the fourth annual “Light It Up” Houlton event Thursday, Oct. 3.
(Staff Photo/Joseph Cyr)

“What is most alarming is that in 2015 Maine ranked No. 9 per capita nationally in the rate of women killed by men as a result of domestic violence,” DeLuca said. “The Houlton Police Department takes domestic violence crimes very seriously, and like all departments, we have a zero tolerence.”

Krissy Beaton, a social worker for the Hope and Justice Project, told her chilling story of how domestic violence affected her life. A mother of three, Beaton said she was regularly beaten and strangled by her husband, who accused her of cheating on him. The beatings were so bad that she lost vision in one of her eyes. 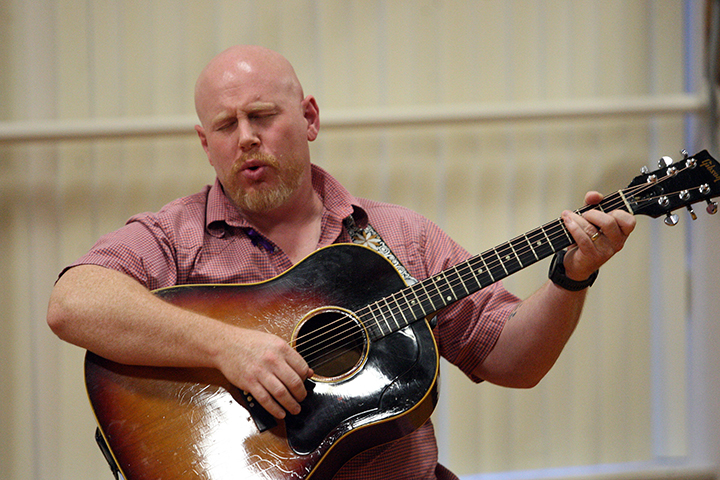 “Over 11 years, he slowly dismantled what little sense of self I had,” she said. “I did not know who I was, what I liked to do, or what I was capable of.”

She reached her breaking point on a trip to Gorham to see family, when he became so enraged that he threatened to kill everyone in the car. “That was the point where I knew that I had to leave,” she said. “I was 30 years old and the idea of starting over was both frightening and embarrassing.” 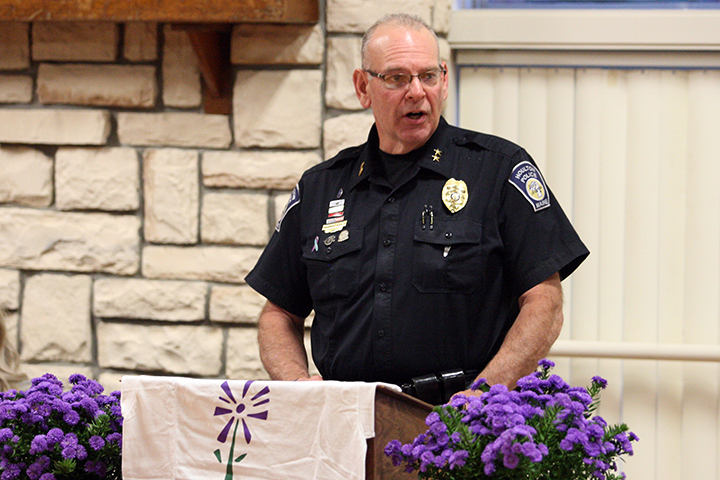 Beaton said if it were not for the help she received from the Hope and Justice Project she never would have been able to move on with her life. With their help she successfully divorced her husband, enrolled in college and is now a social worker helping people who are going through the same things she once did. 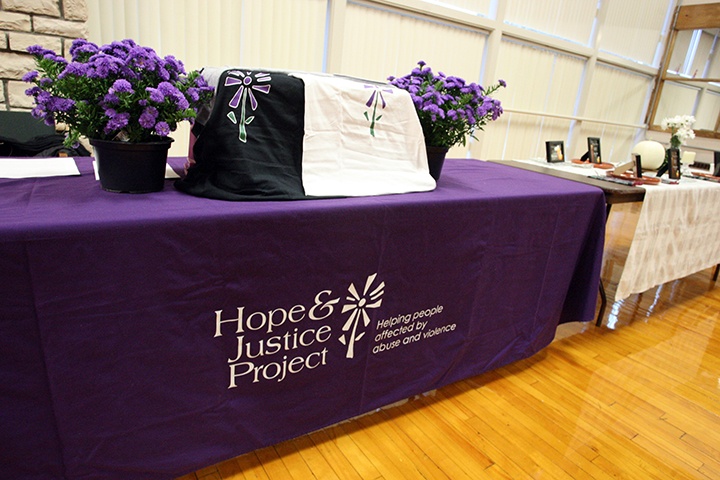 The color purple was prevalent at the Hope and Justice Project’s fourth annual “Light It Up” Houlton event Thursday, Oct. 3.
(Staff Photo/Joseph Cyr)