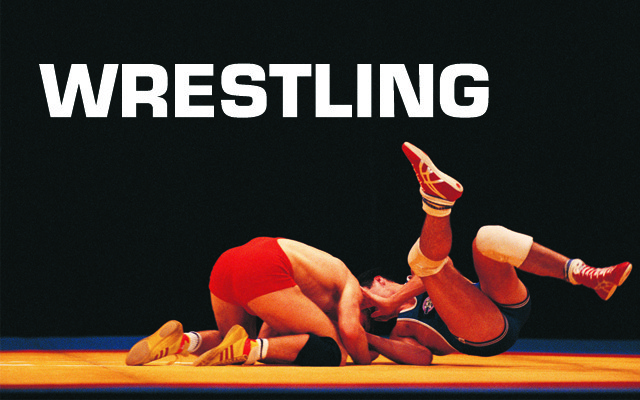 CARIBOU, Maine — James “Chico” Hernandez, head wrestling coach in Caribou, said he believes the upcoming wrestling season for the Caribou Vikings will “be better than last season,” adding that the “future looks bright.”

Caribou entered 13 wrestlers and 11 were medalists. The three first place winners were named “Viking Wrestlers of the Week,” as all went undefeated with four wins each.

“We had one of the youngest teams in the Penobscot Valley Conference last season,” Hernandez said, “And we now have a mix of seasoned veterans and newcomers.”

The Vikings finished last season with nine wins and eight defeats, according to the coach, who said this year will be the States Inaugural Dual Meet Championships and include a tougher schedule than last year.

Despite this, Hernandez said he feels the Vikings will rise to the challenge as “we have matured to the point where we can be just as competitive as any team in the Penobscot Valley Conference.”

The head coach referred to last year as “a season of two tales,” one being the regular season in which they celebrated “dual meet victories twice over Piscatquis Community High School and All PVC Conference wrestling performances by Robbins and DeMarchant to Riopelle getting a fourth place at the North Class B regional and punching his ticket to the state tournament where he was in the top eight wrestlers in the state.”

The other tale, Hernandez said, is sophomore Kirshmann who became the “very first Caribou State Girls Champion” last season. Additionally, Hernandez noted the performances of Saucier, who put together 20 victories in the season and won a state runner-up medal in the 113 pounds weight class.

The coach said that Kirshmann and Saucier have both “gone down in Maine Principals Association wrestling history as pioneers of the sport,” and that he looks forward to another great year.

This will mark Hernandez’ 10th season at Caribou High School and his ninth as the head coach. He will turn 66 in April and said that MPA Wrestling Rep. Gerald “Hutch” Hutchinson has referred to him as the “oldest wrestling coach in the state of Maine.”

Looking ahead, the Vikings open the regular season 10 a.m., Saturday Dec. 7, in Bucksport.