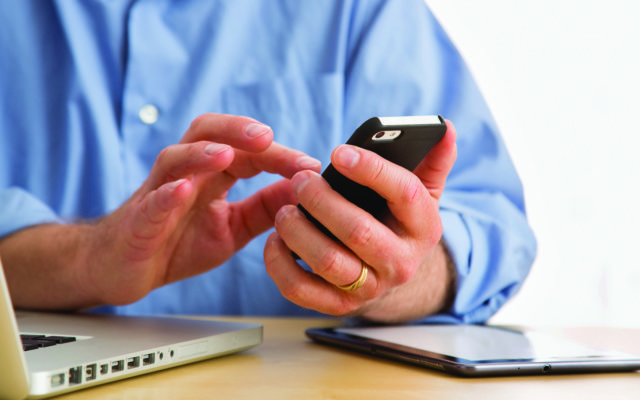 Contributed • April 5, 2017
Rep. David McCrea introduced a measure to expand broadband access in rural Maine Friday, arguing that access is critical for the growth of Maine businesses and rural communities.

AUGUSTA, Maine — Rep. David McCrea introduced a measure to expand broadband access in rural Maine Friday, arguing that access is critical for the growth of Maine businesses and rural communities.

Many Maine small businesses and farmers in rural areas struggle to complete all the necessary work required for their business because they do not have access to high-speed broadband. The proposed legislation would expand access to high-speed internet access throughout rural Maine.

McCrea’s bill would increase ConnectME’s funding. The ConnectME Authority is a unit of Maine state government whose mission is facilitating universal availability of broadband for all Mainers and helping them understand the valuable role it can play in enriching their lives and helping their communities and businesses thrive.

McCrea has experienced firsthand the challenges of inefficient internet.

“As a former teacher, at my school, due to dependable high speed broadband internet, I could post a set of twenty Human Anatomy and Physiology grades into a rather large program used by my school system in about a minute,” said McCrea. “If I were to attempt that same task at my residence in a more rural area of Fort Fairfield, the same task would often take me five minutes or more before I could upload one grade for one student.”

More than 20 individuals, businesses and organizations testified in support of the bill. No one testified against it.

Robert Dorsey, president and CEO of the Aroostook Partnership, a public-private organization made up of nearly 100 businesses that are committed to economic growth in Northern Maine, stressed the critical importance of having high-speed broadband access.

“Broadband availability in rural Maine allows small business to be conducted around the world from one’s home,” said Dorsey. “It allows us to recruit professionals and their families from outside of Maine without fear of losing them due to non-accessibility. It allows rural farmers to sell products via the internet and it allows people to relocate to rural Maine for the quality of life, low crime rate, tranquil kind of living they desire without the concern of not being connected.”

The Energy, Utilities and Technology Committee will hold a work session on LD 421 in coming weeks, at which point they will vote on a recommendation to the entire Legislature.

McCrea is serving his first term in the Legislature. He represents Caswell, Easton, Fort Fairfield, Hamlin, Limestone, part of Presque Isle, Stockholm and Cyr Plantation, plus the unorganized territory of Connor Twp.

Next year's Caribou City Council will include a new member and a longtime councilor thanks to Tuesday's election.
Pets END_OF_DOCUMENT_TOKEN_TO_BE_REPLACED

When I wrote the first story of our dog Odie, I didn’t know that I would write a Part 2, but there were so many more stories that I decided more of this little dog’s story needed to be told.
What's Happening This Week END_OF_DOCUMENT_TOKEN_TO_BE_REPLACED