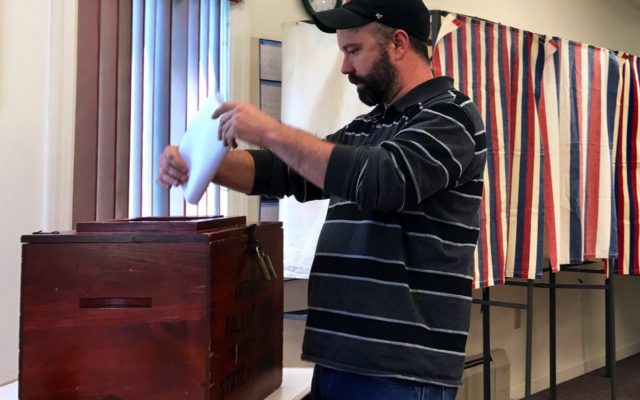 The vote for withdrawal was 205 in favor and only 79 opposed, according to the Limestone Town Office. The measure also authorized the town to spend up to $40,000 on the withdrawal process.

The RSU 39 school board’s vote to send Limestone high schoolers to Caribou High School next year because of anticipated budget shortfalls prompted residents here to look into withdrawing from the school district. Two Limestone residents sit on the board but only Michelle Albert was present when five other board members voted against her to transfer the students.

RSU 39 is expected to lose approximately $800,000 in state funding for the 2017-18 year, and officials project the transfer of an estimated 50 high school students from Limestone to Caribou will result in a $601,000 savings, primarily in teacher salaries. Superintendent Tim Doak has said that the funding cuts are primarily a result of Gov. Paul LePage making school funding changes by altering budgets instead of introducing new legislation.

Prekindergarten through 8th grade students from Limestone still will be housed in the Limestone Community School building. The Maine School of Science and Mathematics also will continue to share space in the facility.

Moving forward after Tuesday’s vote, Limestone will form a four-person withdrawal committee consisting of a selectman, community member, school committee member, and RSU 39 board member from Limestone. Their objective will be to determine the terms of a withdrawal agreement, which the people of Limestone will then need to approve in an upcoming election.

For that election to be valid, at least half the people who voted in the previous gubernatorial election will need to go to the polls. If that vote passes, citizens would next elect members to a Limestone School Board to establish a new school district in the town.

The soonest that could happen would be for the start of the 2018 school year, so high school students from Limestone still will attend Caribou High School next fall.

As a concession to Limestone pending a resolution to the withdrawal effort, RSU 39 had considered putting $80,000 into the budget for the coming school year to allow Limestone high school students to continue a separate athletic program in their hometown and also to get their diploma from Limestone, even if they are attending Caribou High School.

The RSU 39 board has reconsidered that funding, however, and for a variety of reasons since removed it from the budget.

Gubernatorial candidate John Glowa said that he wants to spur government reform that truly creates a system of, by and for the people when he visited Presque Isle City Hall.
Pets END_OF_DOCUMENT_TOKEN_TO_BE_REPLACED

Many of you have been asking about our super popular “Toast to the Animals” celebration. After several COVID-19 cancellations and not being able to host this great fundraiser, we are finally ready to celebrate the animals once again and help support the Central Aroostook Humane Society.
What's Happening This Week END_OF_DOCUMENT_TOKEN_TO_BE_REPLACED