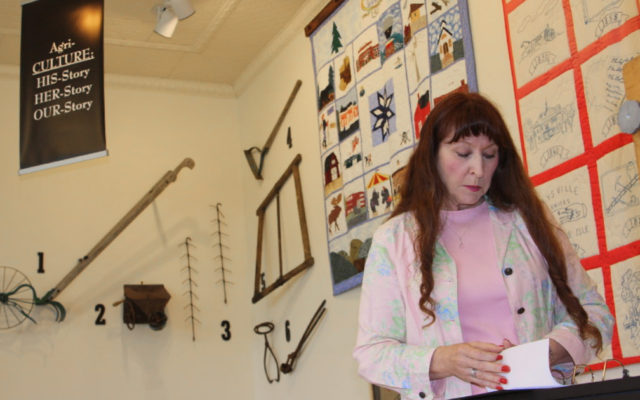 Anthony Brino • June 23, 2017
The Presque Isle Historical Society will open a new local history museum Saturday in the renovated former Maysville Grange, a small, old building with a lot of stories to tell.

PRESQUE ISLE, Maine — The Presque Isle Historical Society will open a new local history museum Saturday in the renovated former Maysville Grange, a small, old building with a lot of stories to tell.

“This is a way to engage people in local history and really engage people in their community,” said Kim Smith, the Presque Isle Historical Society’s secretary/treasurer of the board. “We’re proud of what’s there.”

The free Maysville Museum is hosting a grand opening for the public on Saturday, July 1, from 10 a.m. to 2 p.m. — six years after the journey to create the museum started.

“For years, I drove by that building and it was falling apart,” Smith said. “I knew it had great historical significance and I was sad it was in such a state of disrepair.” 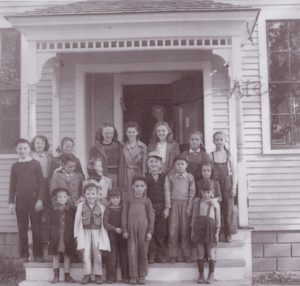 This photo taken in the early 1940s is of unidentified students at the Maysville School. The teacher at the time was Mildred (Smart) Kierstead. If anyone knows more about this photo, they are encouraged to email Christie Cochran at gramchristie@yahoo.com.
(Contributed)

The Historical Society purchased the building in 2011 for $10,000, and over the last six years has invested more than $100,000 in donated money and in-kind contributions to create the Maysville Museum.

The Maysville building and site, located at the intersection of U.S. Route 1 and the Brewer Road, is well-suited as a local history museum, Smith said.

The town of Maysville was formed in 1828, the same year as the town of Fairbanks Mills, or what’s now Presque Isle, and the more populous Presque Isle annexed Maysville in 1883. The Maysville building was originally constructed in 1865, and through the years it served as the town hall, the school and the grange. It also experienced several major fires, including one in 1939 that destroyed it and forced the community to rebuild the current building.

Until 1949, the building hosted the Maysville Centre School and then the Grange until the late 1980s, when the city of Presque Isle purchased it. The city later sold the building to a private individual in 1996, although it remained largely empty and unused until the Historical Society came along.

Smith said the museum will have four “cornerstone exhibits” on the topics of the Aroostook War, Presque Isle and the Civil War, agriculture and Presque Isle’s rural one-room schoolhouses. These and several smaller exhibits include “interactive pieces, things for people to move and touch,” Smith said.

Among the exhibits are the story of Arnold’s cow, a bovine hostage in the Aroostook War, the “bloodless” dispute between the U.S. and Great Britain that led to the siting of northern Maine’s border with New Brunswick in 1842. The Historical Society has applied to the National Park Service to recognize the Maysville property as a National Historic Site related to the Aroostook War.

Smith said historical society members are looking forward to opening the doors to the museum and welcoming locals and passers-by.

She added they also welcome volunteers who may be interested in helping staff the museum to keep it open April through October, Monday-Saturday from 10 a.m. to 2 p.m.

Down the line, the society envisons further improvements to the property that would allow it to remain open year-round, Smith said. The aim is to raise about $120,000 to install a well, septic system and disability-compliant bathroom, she said.