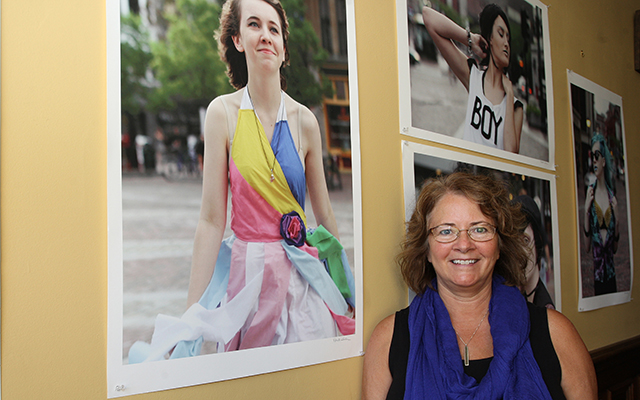 Joseph Cyr • August 31, 2017
Nanette Faye Gordon did not set out to be a photographer, but the profession found her nonetheless.

HOULTON, Maine — Nanette Faye Gordon did not set out to be a photographer, but the profession found her nonetheless. 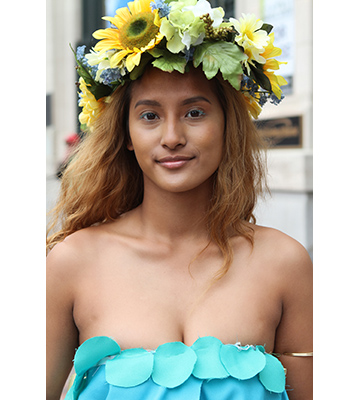 A native of Houlton who now resides in Yarmouth, Gordon said she was delighted to be able to showcase some of her work in the Houlton community. Her show at The Vault Restaurant on Main Street features portraits of lesbian, gay, bisexual, and transgender teens from the Portland area taken in the summer of 2015.

“I took the kids out on to Congress Street in Portland, and they were the bravest people I have ever seen,” Gordon said. “One of the kids told me they never felt worthy of having a photo taken of them. It was heartbreaking. The bravery of these kids to first agree to do this and to do it in public in downtown Portland is amazing.”

On Wednesday, Aug. 23, The Vault Restaurant held a fundraiser to support EqualityMaine‘s Dine OUT for Equality and raised $261 for the organization. Restaurants around the state were asked to donate a percentage of their nightly proceeds to the group. The Vault Restaurant is believed to be the only business in Aroostook County that participated in the event.

“We saw a posting online and felt it was very important to participate and support the organization,” said Kathryn Harnish, co-owner of the Vault. “We were really happy to hear interesting conversations about Nanette Gordon‘s amazing portraits of LGBT teens. Seeing the humanity of these kids helps to understand a lived experience that might be different than our own … and we think this is an important step toward love and acceptance.” 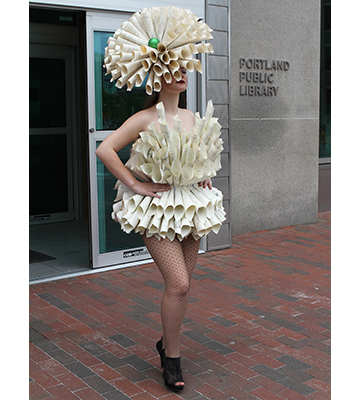 Her show also has been displayed at the Portland Public Library. Gordon decided to bring her portraits to her hometown after seeing that the Vault Restaurant was participating in the fundraiser.

“It really fell perfectly in line,” Harnish said. “Nanette was looking for a place in Houlton to show her work and we have a lot of wall space.”

“I just love that people here in Houlton were comfortable talking about LBGT issues over dinner like they were just any other issue,” Gordon said.

Harnish admitted the subject matter is challenging for some people, but the cause was too important for her not to support the photographs.

After working for many years for the Department of Corrections, Gordon took time off to raise her two daughters (who are now adults) and in so doing discovered a passion for photography that she never knew existed.

“I am a passionate photographer, loving mother, adoring sister, best friend, and lover of the sea. I am a natural communicator, guide, advocate, and I am crazy about the color turquoise. Some say I see the world through rose-colored glasses,” she said.

Gordon’s show will remain on display at the restaurant through Saturday, Sept. 2.