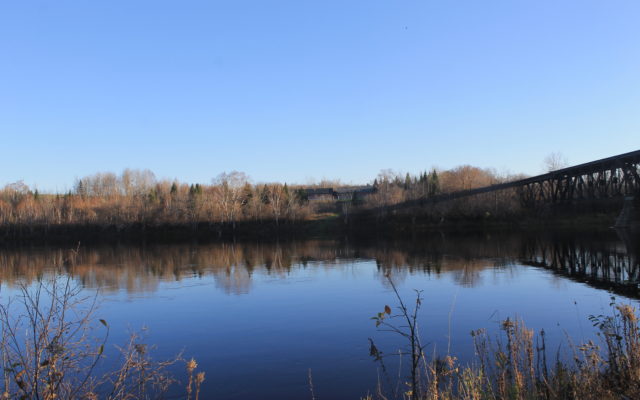 Anthony Brino • October 31, 2017
After a moderate drought, a fall deluge has replenished the Aroostook River-fed wells that supply approximately 6,000 people with drinking water in Presque Isle.

After a moderate drought, a fall deluge has replenished the Aroostook River-fed wells that supply approximately 6,000 people with drinking water in Presque Isle.

“We did a good about-face with such a huge rain,” said Frank Kearney, manager of the Presque Isle Utilities District. “It almost went up to flood stage for a few hours.”

Two months ago in late August, Kearney was on the cusp of asking Presque Isle customers to start voluntary water conservation. The Aroostook River feeds the Presque Isle Utilities District’s three hybrid-groundwater wells and at that time, the wells had just three feet of water above their pumps.

Now, the wells have ample supply, with 15 feet of water above their pumps, Kearney said.

“We sure needed this going into winter,” he said. “It came a little too fast, but no one will have to fear their wells going dry this winter.” 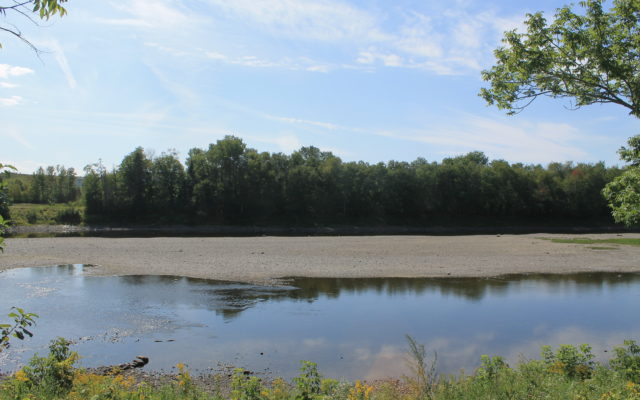 In late August 2017, the Aroostook River was running very low, exposing gravel bars like this one near the river-fed wells that supply drinking water to around 6,000 people in Presque Isle. (Anthony Brino)

The rains replenished the river, streams, lakes and groundwater, helping raise the water table after a dry spell that turned into a moderate drought.

On Parson’s Street in Presque Isle, where the Presque Isle Utilities District has been replacing water pipes, Kearney said the ground was dry and dusty going down 8 feet deep before Oct. 23. Since then, the area has seen more than 5 inches of rain.

In late August, during the peak of the dry summer, the Aroostook River was flowing at less than 200 cubic feet per second in Washburn, where the National Weather Service’s Northeast River Forecasting Center maintains a measuring gauge. The average for that month — usually the driest of the year — should have been around 500 cubic feet per second, Kearney said.

The groundwater that supplies PIUD’s wells are mostly filtered by a natural gravel field along the Aroostook River, but during high flows, the additional sediment reduces the water’s quality and increases the need for disinfection from ultraviolet light and ozone treatment systems.

During last week’s rains, runoff from roads and streets, bare farm fields and woodland floors brought soil, sediment and leaves into streams and ultimately the river.

“When the whole watershed is so dry all summer, all of that comes into the river all at once with a rain like that,” Kearney said.

Halfway Home Pet Rescue in Caribou has partnered with the Houlton Humane Society shelter for a cat spay and neuter clinic on Saturday, May 30, and Sunday, May 31, in Houlton.
Campaign Corner END_OF_DOCUMENT_TOKEN_TO_BE_REPLACED