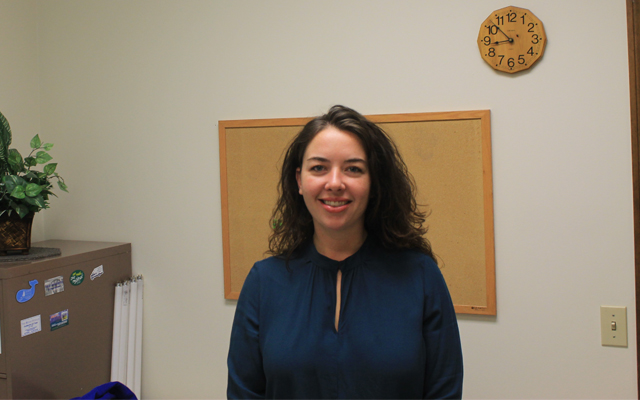 Anthony Brino • December 11, 2017
City councillor Natalee Graves said she is stepping down in the new year to focus on her education, creating an opening for other candidates in the next general election.

PRESQUE ISLE, Maine — City councillor Natalee Graves said she is stepping down in the new year to focus on her education, creating an opening for other candidates in the next general election.

Graves announced at the Dec. 6 City Council meeting that she’s resigning from the council after two years due to time she’ll have to spend in other parts of the state as part of the physical therapy degree she is pursuing through the University of Maine Presque Isle.

Graves said she will be graduating in May and needs to participate in two clinical experiences that are located downstate.

“I’ve learned so much from all of you,” Graves told other members of the council, explaining that she will officially resign after the councilors pass a 2018 city budget this month.

She also thanked City Manager Martin Puckett and the residents of Presque Isle who voted for her in the fall of 2015.

“There are so many factors and behind-the-scenes things to make the city run, and you do a really great job to listen to all of us and the city members,” she told Puckett. “I would like to thank the citizens of Presque Isle for allowing me to represent you all on this council. Having this experience has opened my eyes to the political world.”

According to Presque Isle City Clerk Tom King, the city charter requires the City Council to appoint someone to take Graves’ seat within 30 days of her resignation. That appointment will last until the next regular election, when anyone can run for the seat for the remainder of it’s four year term.

King said he is checking with the city’s legal expert to determine if, under the charter, “next regular election” will mean the June primary elections or November general elections.

If the councilors fail to appoint someone within 30 days, a special election will be held between 90 and 120 days afterward, King said.