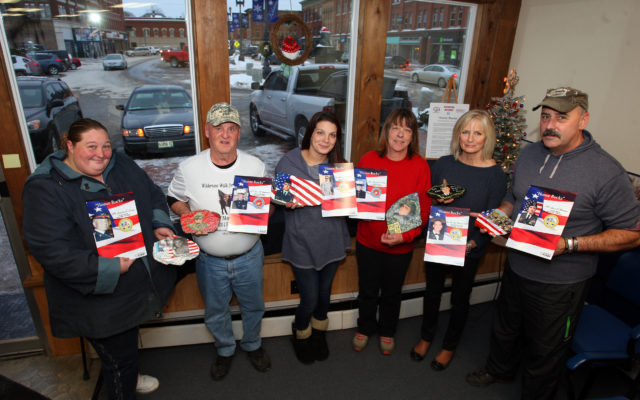 Joseph Cyr • December 24, 2017
While many enjoy being home for the holidays, a number of local military families will be missing someone special this Christmas after losing a loved one in the line of duty.

HOULTON, Maine — While many enjoy being home for the holidays, a number of local military families will be missing someone special this Christmas after losing a loved one in the line of duty.

“It all started when I made contact with Katie (Mountain) of the Houlton Rocks Facebook group,” said Chris Robinson, founder of the Wilderness Walk for Warriors. “I wondered how my non-profit could honor the service members with some painted rocks.”

Robinson said several artists from the Houlton Rocks group agreed to help paint images on the rocks from photographs of fallen Maine servicemen from Aroostook County.

Instead of hiding the Honor Rocks around the community, which is the focus of the Houlton Rocks group, these larger stones are now part of a roving display that will be featured in storefronts throughout Houlton in the coming months.

The stones were unveiled for the first time at a special ceremony on Dec. 18 at Bates Fuel in downtown Houlton.

“The artists came through with some amazing results,” Robinson said.

“The official unveiling of this unique project makes us realize, especially in this holiday season, how incredibly blessed we are to have our loved ones nearby,” said Jane Torres, executive director for the Greater Houlton Chamber of Commerce. “It’s important that the men and woman who lost their lives fighting for our country are remembered and Houlton Rocks gives each soldier a unique perspective through the eye of the artist.”

Metal plaques, donated by Blaine Jackett of JEI Sports of Houlton, accompany each stone, along with a picture of the fallen soldier.

“This is awesome,” said James Trout of Sherman. Trout is the grandfather of Spc. Harris. “We are so grateful for everything. We can’t forget them (the fallen soldiers).”

After every two weeks, the stones will travel to a different business in Houlton for display.

Next summer, Robinson said he would be carrying the large stones with him as part of his Wilderness Walk for Warriors group which journeys 120 miles over 10 days from downtown Monson to the summit of Katahdin each July.

Following that walk, the stones will be given to their respective family members. 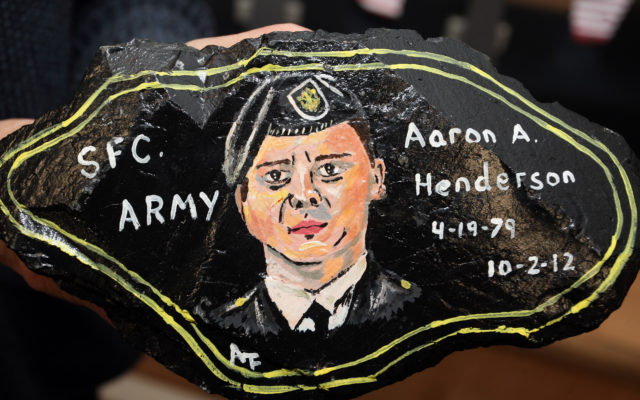 This hand-painted stone bears the image of SFC Aaron Henderson of Hodgdon, who was killed in the line of duty. The stone is part of the new “Honor Rocks” display appearing in Houlton. (Joseph Cyr) 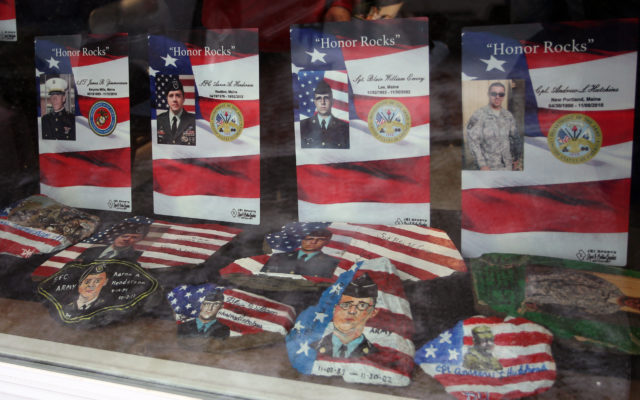 The storefront of Bates Fuel in downtown Houlton displays a collection of hand-painted stones honoring local fallen Maine soldiers. The display will move to different businesses throughout the year. (Joseph Cyr)

June is generally a month that also marks the height of “kitten season,” when large litters of kittens are born and often end up in animal shelters.   Luckily, here at the Central Aroostook Humane Society, we have seen a dramatic drop in the cat population over the past five years, mostly due to our spay and neuter program.
What's Happening This Week END_OF_DOCUMENT_TOKEN_TO_BE_REPLACED