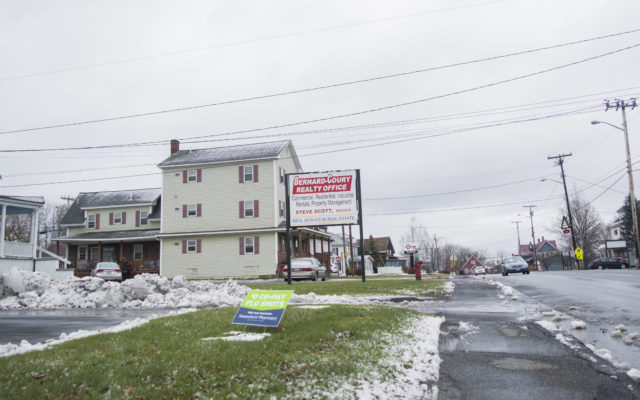 Ben Pinette • December 26, 2017
The following is a recap of some of the top news stories around Caribou from 2017, covering the months of January to June.

The following is a recap of some of the top news stories around Caribou from 2017, covering the months of January to June.

Caribou is one step closer to receiving a new pre-kindergarten to eighth grade school now that the City Council has approved the warrant and notice for a Feb. 7 vote. Both the RSU and PDT Architects of Portland have spent over a year hashing out details of the project. The proposed new elementary school will replace four existing RSU 39 buildings, and will be built almost entirely with state funding with the exception of an estimated $2.3 million for a second gym and enhanced music area. Both have been cited as critical to a community that will lose four gyms and has a much larger music program than a typical Maine middle school.

The family of Philip Willey and the late Vivian Willey has committed a pledge of $25,000 to assist local efforts to expand the music area in the new elementary school to be built in Caribou.

This artist’s rendition from 2016 of the proposed pre-kindergarten to grade 8 school in Caribou shows what the front entrance will look like from Bennett Drive. According to Alan Kuniholm of PDT, the architects decided to incorporate wood into the design to create less of an “institutional” look and to better blend into the surrounding buildings. (Christopher Bouchard)

Caribou is currently searching for a new marketing and events director.  Lydia Kieffer-Till, who currently serves as the city’s events director, confirmed during a Thursday afternoon interview that she will be taking on a new job at UMPI in conferences and special programs.

Caribou City Manager Austin Bleess resigned last Tuesday via an e-mail.  In early March, Bleess will become city manager of Jersey Village, Texas.  During his time in Caribou, Bleess quickly became involved with several community organizations, serving as president of the Caribou Rotary and chairman of the Northern Maine Development Commission board.

Police Chief Michael Gahagan agrees to step in as interim city manager for the city of Caribou. Gahagan’s duties as police chief will not change after March 3, at which point he will manage both the police department and city government. 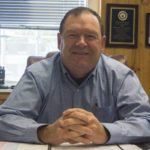 The New Sweden School Committee votes to close the New Sweden School at the end of the 2016-17 school year. Citizens were shocked and outraged when they discovered during a Feb. 9 New Sweden school committee meeting that their local school would be shut down. Committee members cite $100,000 in needed roof repairs, as well as a dwindling student population, as reasons for closure.

City councilors accepted Councilor Shane McDougall’s resignation during a Feb. 13 meeting, and subsequently placed advertisements to fill the vacancy. McDougall referenced a “lack of vision” within the City Council.

A Fort Kent-based contractor believes the solar power installation he recently completed in Caribou is the largest of its kind in Maine. Located on 416 Van Buren Road in Caribou, Dale Roy’s latest project contains 945 panels with the capacity to produce 247 kilowatts per hour.  The large scale project required a couple months of planning, prepping the site, and another three or four months of installation at the site.

RSU 39 directors voted to close Hilltop Elementary during a Monday, March 6, meeting. Hilltop is one of four facilities that will eventually close as a result of Caribou’s new pre-K-8 school. The difference with Hilltop is that the district has set the wheels in motion to give the building back to the city, sell it or lease it to a private company, and ultimately transform the facility into a senior living center. 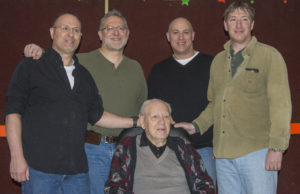 The sons of Melody Roller Rink founder Ken Doody came out in celebration of his 90th birthday. Marking the milestone with Doody, who is sitting are, from left, sons David, Gary, Brian, and Kevin. (File photo)

The Caribou Secession Committee made another attempt in the Maine Legislature with help from Sen. Troy Jackson who introduced a bill in March to separate the rural portion of Caribou from the urban area and create a new town called Lyndon.

Limestone formed a citizen committee to look into withdrawing from RSU 39 (Caribou, Limestone and Stockholm) after district officials began talking about sending Limestone’s grades 9-12 students to Caribou in an effort to offset a $1.4 million loss in funding for the 2017-18 school year. The RSU school board voted on April 5 to move the high school aged students to Caribou from the 2017-18 year onward.

An RSU 39 building committee indicates that a new administration building will be constructed this year and that The Learning Center is set to be demolished later this year. 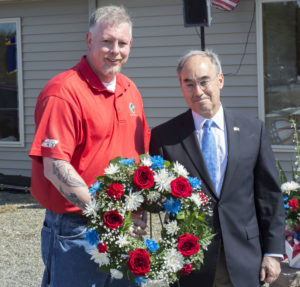 Aroostook EMA Director Darren Woods was named the Northeast States Emergency Consortium’s Maine Emergency Manager of the Year for 2017.  Woods has worked in various roles at Aroostook EMA starting in 1998 and took the position of agency director in 2013.

In lighter news, second graders from Gail Smart’s Hilltop Elementary school class enjoyed a tour of Hannaford led by Produce Manager Francis Belanger.  Students learned where their groceries come from and how to pick healthy foods.  Belanger retired after 47 years at the Hannaford Supermarket in June.

A .04 acre parcel of land previously owned by S.W. Collins was exchanged for a .23 acre parcel on Washburn Street that will allow the longtime hardware store to expand.  Caribou Parks and Recreation Superintendent Gary Marquis plans on cleaning up the acquired lot and turning it into an outdoor gathering spot with an observation deck, picnic tables and a walking trail that would provide access to the Caribou Stream for kayaking and fishing.

A May 11 Town Hall event at the Caribou Performing Arts Center focused on a number of addiction and recovery issues. The event began with first-hand accounts from former addicts and family members who addressed the audience. The gathering was coordinated by the Aroostook Substance Abuse Prevention Coalition and Cary Medical Center.

Limestone voters overwhelmingly approve moving forward with efforts to withdraw from RSU 39 which comprises Caribou, Limestone and Stockholm. The vote was 205 in favor and only 79 opposed. The measure also authorized the town to spend up to $40,000 on the withdrawal process.

After a ten year run, the popular Arootsakoostik music festival will be put on hiatus, according to event organizer Travis Cyr, who started the music festival a decade ago.

A 14-year-old Fort Fairfield boy drowned on June 10 while swimming with three friends in the Aroostook River. Jacob Williams was swimming with his friends near the confluence of Hockenhull Brook when he indicated he needed help. Efforts were unsuccessful at reviving him after crews arrived to the scene approximately 45 minutes after the teen went under.

By just a 13-vote margin, residents voted to close the New Sweden Consolidated School on June 13. The vote was 122 to 109 in favor of closing the school, according to town officials.  Officials with Union 122 estimate that New Sweden taxpayers will save roughly $239,400 annually by closing the school and instead paying tuition to send elementary school students to Woodland.

A Boston energy company, Altaeros Energies, is testing a 35-foot-wide Airborne Wind Turbine at the former Loring Air Force Base for the next four months at a fixed rent of $9,000. 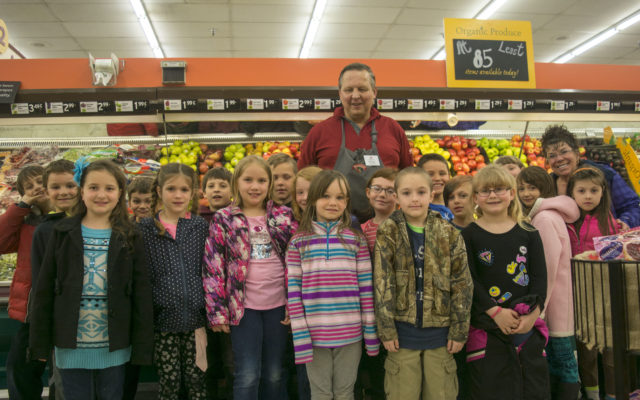 Part two can be found here.

I was mentioning to our board of directors this past week that I got a quarterly report from a large online retailer who will donate a portion of my purchases to a charity I select.
Campaign Corner END_OF_DOCUMENT_TOKEN_TO_BE_REPLACED