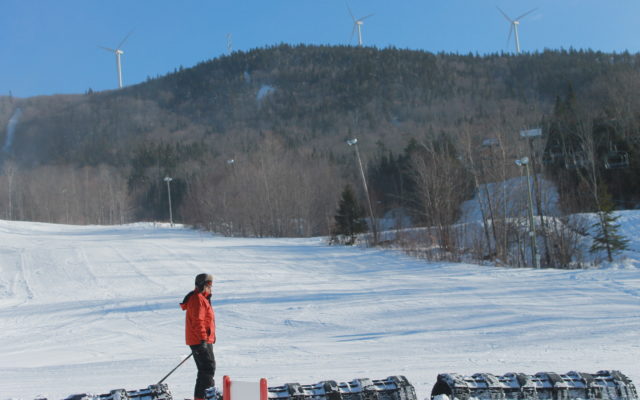 Bigrock closes due to bitter cold

Anthony Brino • December 27, 2017
While Aroostook County has a good amount of fresh snow, for many it could be too cold to ski, with below-zero temperatures and even lower wind chills.

MARS HILL, Maine — While Aroostook County has a good amount of fresh snow, for many it could be too cold to ski, with below-zero temperatures and even lower wind chills.

The bitter cold front that swept into Maine after two snow storms has prompted local ski hills to close out of an abundance of caution for workers and skiers.

Both Quoggy Jo Ski Center in Presque Isle and Bigrock Mountain decided to close for at least Wednesday, as temperatures were forecast to hover around zero — and feel much colder in strong winds.

Wind chills in central Aroostook County could drop to as low as 27 degrees below zero, according to the National Weather Service in Caribou, which issued a winter chill advisory for all of Maine

“Bigrock has decided to close for the safety of our customers and staff,” wrote Bigrock manager Travis Kearney on Bigrock’s Facebook page.

According to the National Weather Service, Thursday is shaping up to be the coldest day of the week, but meteorologists expect the cold front with below-average temperatures to persist into the New Year.

Quoggy Jo Ski Center manager Gene Cronin said the ski hill would likely be closed at least Wednesday, Thursday and Friday, and will play it by ear for the weekend. Quoggy Jo usually closes when temperatures are below zero, Cronin said.

Bigrock officials have not yet determined the schedule through the rest of the week.

Members of the Houlton Band of Maliseets will head to the ballot box in order to determine who will be elected as their new tribal chief.
Pets END_OF_DOCUMENT_TOKEN_TO_BE_REPLACED
7 days ago