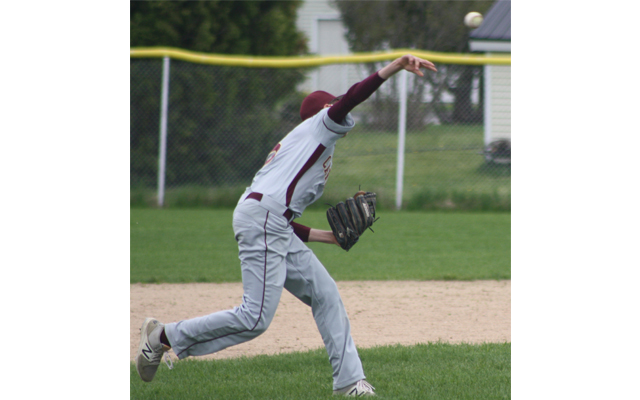 Kevin Sjoberg • March 23, 2018
School administrators have hired Scott Hunter to be the varsity baseball team’s third head coach in as many years.

CARIBOU, Maine — School administrators have hired Scott Hunter to be the varsity baseball team’s third head coach in as many years.

The Vikings, coming off a 2-14 season in 2017, will hold tryouts this Monday, March 26, after pitchers and catchers only were allowed to practice this past week.

“We’re going to have good numbers this year,” said Hunter, who is expecting between 45 and 50 boys to attend tryouts. “I think we’ve got some really good talent and I’m hoping to get this team back to the playoffs for the first time since 2015.”

Hunter is no stranger to the Vikings’ coaching scene as he has served as the boys’ varsity soccer coach since 2011. He was the junior varsity baseball coach last year and also coached Little League baseball in Caribou for nine years.

Hunter takes over for Dan Umphrey, who coached the team for one season. Prior to that, Jimmie Thibodeau had been Caribou’s coach for several years. In 2014, the Vikings won the Eastern Maine Class B title — the school’s first-ever regional championship.

Umphrey will remain on board as an assistant to Hunter. He served in that role for several years under Thibodeau. Pierre Huntress, who coached varsity baseball at Limestone last year, will take Hunter’s place as the JV coach.

Hunter, who is an attorney, was a standout athlete at Caribou High School who played soccer, basketball and baseball. He is a 1983 graduate and went on to play soccer and basketball collegiately at Colby College. His father, Dwight, was the athletic director at CHS for 36 years before retiring in 2001.

Halfway Home Pet Rescue in Caribou has partnered with the Houlton Humane Society shelter for a cat spay and neuter clinic on Saturday, May 30, and Sunday, May 31, in Houlton.
Campaign Corner END_OF_DOCUMENT_TOKEN_TO_BE_REPLACED