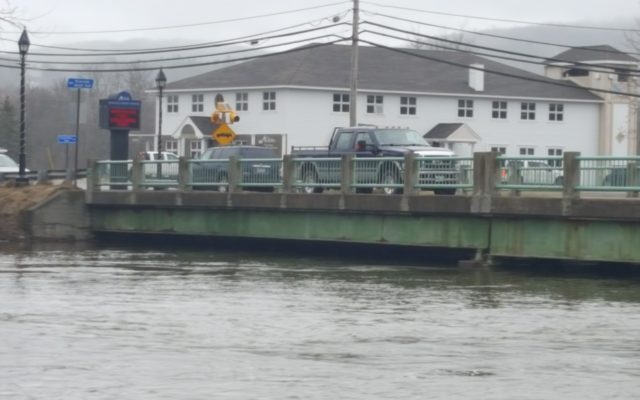 Staff Pioneer Times • April 28, 2018
Officials evacuated an elderly housing project on Normanguy Drive near the confluence of the St. John and Fish rivers in Fort Kent Saturday as rain and melting snow threatened to swell both bodies of water over their banks.

FORT KENT, Maine — Rain and fast melting snow swelled the St. John and Fish rivers at Fort Kent Saturday, with both expected to crest over flood stages shortly after midnight, according to the National Weather Service.

The National Weather Service issued a warning for minor flooding in the area shortly after noon Saturday when the St. John River was at about 22.2 feet, just inches below flood stage of 22.5 feet. The forecast called for the river to continue rising until cresting at about 23.1 feet — a half foot above flood stage — at around midnight. The warning is in effect until late Sunday night with the waters expected to recede to below flood levels by that point in spite of a continued chance of showers into Monday, according to meteorologists with the NWS Caribou office.

“Rivers and streams across northern and central Maine will remain elevated into early next week,” an alert from the NWS stated shortly after 3 p.m. Saturday. A quarter-inch to a half-inch more rain is expected Sunday afternoon into Monday.

Except for a few flood warning areas in Aroostook and northern Penobscot County, however, that rainfall “is not expected to result in any additional flooding, especially considering that the snowmelt component of runoff will be decreasing (most of our snowpack has melted),” according to the NWS alert.

Flood warnings remain in effect for the Big Black River west of Allagash, the St. John and Fish rivers at Fort Kent, and the Mattawamkeag River at Mattawamkeag.

NWS meteorologists forecast minor flooding of the Fish River, which was at 10.8 feet just before noon Saturday. Flood stage is at 11 feet above the Fish River Falls in Fort Kent. When the river swells to 12 feet, moderate flooding of homes in neighboring Soldier Pond occurs and evacuations may be warranted. 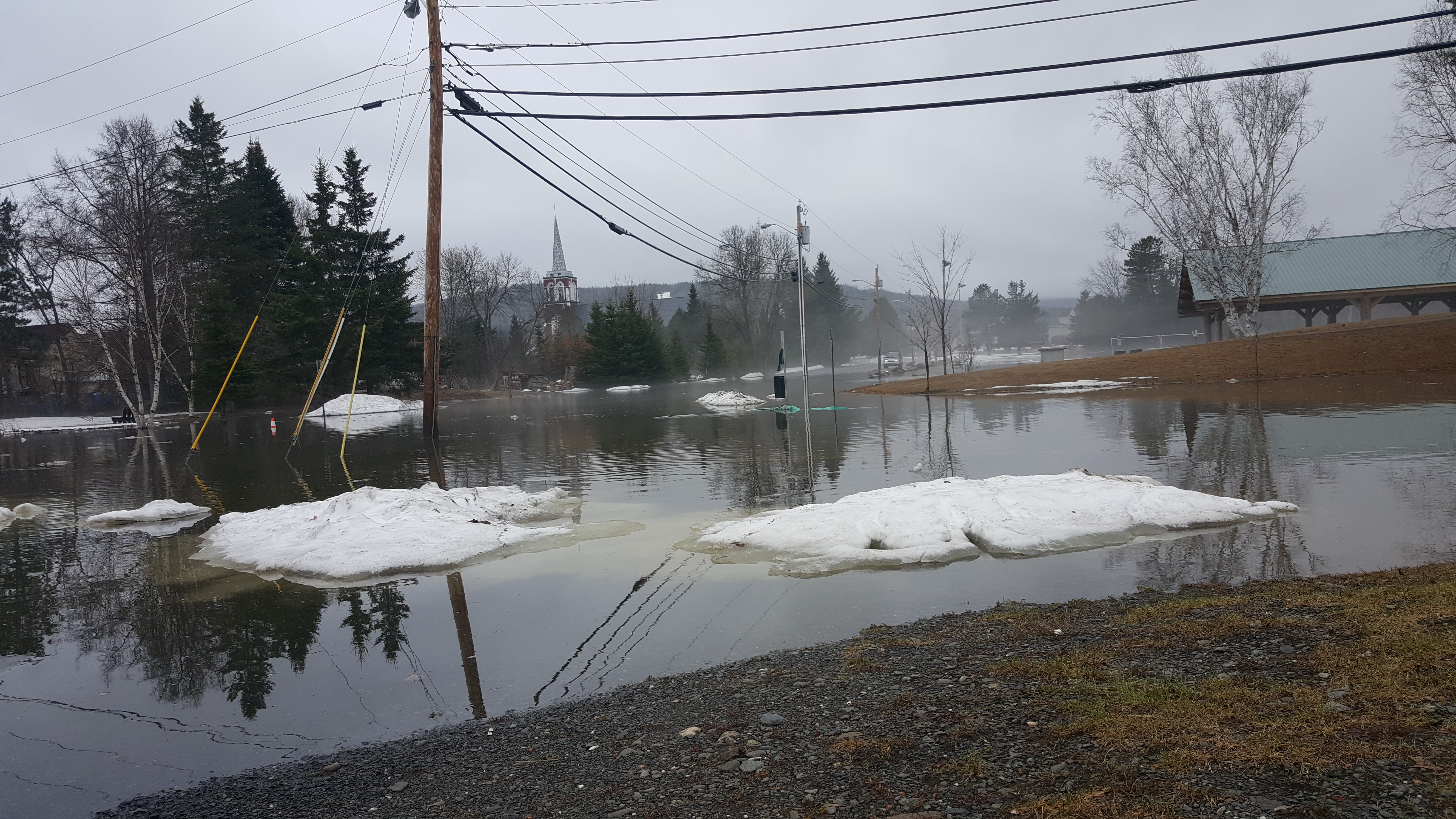 Minor flooding of the Mattawamkeag River above Mattawamkeag already was happening Saturday afternoon. The river was at 15.2 feet — well above flood stage of 13.5 feet — shortly before noon. Meteorologists forecast minor flooding to continue through the weekend with the river remaining at about 15 feet.

The Aroostook County Emergency Management Agency warned of the Bridge Road in Haynesville being flooded by the Mattawamkeag with a swift current running across it at about noon Saturday Officials also closed the Bancroft Road in South Bancroft in that part of southern Aroostook.

The Big Black River west of Allagash was causing minor lowland flooding, with levels at about a half foot above flood stage of 12 feet.

Shortly after 3 p.m. Saturday, the NWS canceled a flood watch that had been in effect since Thursday for the rest of northern Maine, including northern Penobscot and Piscataquis counties. 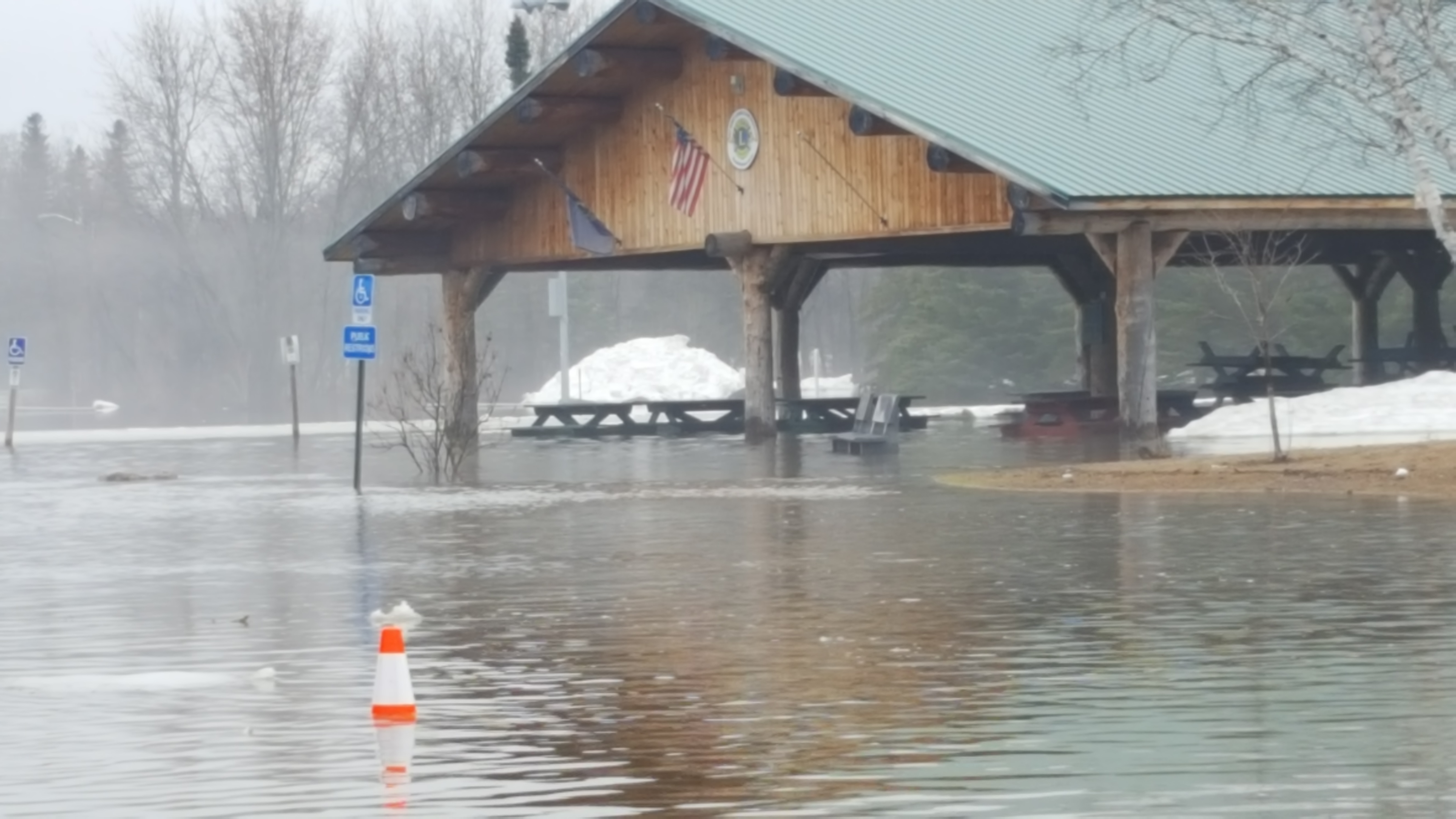 Rising water levels on Madawaska Stream isolated some people in Westmanland in Aroostook on Friday causing game wardens to use a Maine Warden Service airboat in the afternoon to evacuate one woman from her home. They used the airboat to bring supplies to others in the area after the flood waters made Little Madawaska Lake Road impassible.

Darren Woods, director of the Aroostook County Emergency Management Agency, said Friday that he had received reports of rivers, lakes and streams swelling from Oakfield to St. Francis, and expected them to continue rising throughout the weekend. He suggested residents monitor the agency’s Aroostook County Flood Watch page on Facebook as well as the National Weather Service website for any alerts.

Editor’s Note: This version corrects an earlier one that inaccurately indicated an evacuation of a senior housing project had occurred in Fort Kent on Saturday.

Just when we thought we were out of the woods with kitten season, it has hit full force.  The past few days have been difficult answering the phone and hearing the stories of why people have litters of kittens they need to surrender.
Campaign Corner END_OF_DOCUMENT_TOKEN_TO_BE_REPLACED