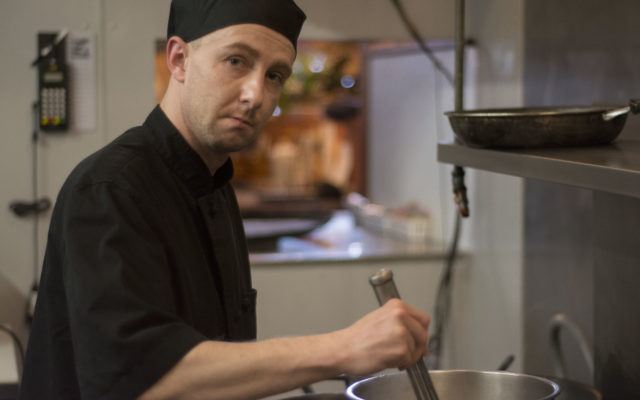 Chris Bouchard • May 11, 2018
The County has a new spot for authentic Italian cuisine with Mascoto’s Italian Restaurant, located in the former Napoli’s Restaurant building at 6 Center Street in Caribou.

CARIBOU, Maine —The County has a new spot for authentic Italian cuisine with Mascoto’s Italian Restaurant, located in the former Napoli’s Restaurant building at 6 Center Street in Caribou.

Hanson, who owns Frederick’s Southside, another local restaurant that landed her a statewide Small Business Administration award in 2016, said she wants people to know that the building is “not what it was before.” She said that she and Doody, who also owns another business — Scott’s HVAC — spent the better part of a year completely renovating the building before opening the new restaurant in early April.

“The building structure is the same,” Hanson said, “but everything else is all new.”

They also developed all of their own recipes for the new place and have five cooks on staff.

“All of the dishes are our doing. From the sauces to the spices, everything is created by us,” said Doody.

Hanson said she’s known Doody for many years, and that he had been instrumental in fixing refrigeration equipment at Frederick’s Southside.

“Our friendship grew a little bit stronger,” Hanson said, “and talk of wanting to do something together started sparking. So when this place went into foreclosure, it was full speed ahead.”

Bringing the building back up to code was not easy, and Hanson said they “faced everything from changing the plumbing, updating the electrical system, and pulling out sprinkler systems.”

The task, according to Hanson, was “intense.”

“The building sat here for a full winter with no heat or water,” said Doody. “All the pipes were busted, so we had to remove all of it.”

It took a crew of roughly two dozen — carpenters, electricians, plumbers, relatives and friends — about seven months to fully renovate the building.

Hanson said the new and improved space offers guests a “finer dining experience” with an emphasis on a “gourmet” experience.

“It’s more of an in-house experience,” said Doody. “We have 25 different wines on the menu, 24 different beers, and hard alcohol. Each drink pairs to different dishes, offering more of an overall experience coming in here versus getting takeout.”

While the restaurant is relatively upscale, Hanson said the offerings are well within the price range of the average person seeking a nice meal.

“You can get a dinner for two for under $50,” she said. “That includes entrees, a beverage, and possibly a desert.”

Both restaurateurs bring the experience from their prior businesses to the table with Mascoto’s. Hanson manages payments and accounts while Doody’s expertise ensures everything else in the building is up to par. As a result, they both have different recommendations for newcomers.

Hanson recommends both the alfredo and the lasagna, as the two dishes have vegetarian alternatives and exemplify Mascoto’s commitment to fresh ingredients.

“You can compliment the alfredo with chicken and shrimp, or broccoli,” Hanson said. “We’ve been making our pasta in the traditional al dente style, which is the way Italians usually eat pasta. Most of us are used to kind of overcooking pasta, so this brings it back to a method that gives a good flavor of things.”

Similarly, the lasagna also puts the cooks’ culinary craft on display, and Hanson said they’ve received several comments on the generous portion given with every order.

Doody, on the other hand, recommended the starters, in which there is a special emphasis on plating and aesthetic.

“From the calamari to the fried mozzarella, we put our own spin on the starters,” Doody said. “They’re made fresh in-house with our own breading and our own recipes. We’re trying to be a little more over the top with the presentation. You eat with your eyes first, and taste is second, so we try to hit both of those points. We want you to enjoy the meal with your sight first.”

As for the restaurant’s name, while it is similar to Moscato, the Italian wine, it is spelled more like a combination of their names, Michelle and Scott, according to Hanson.

Looking ahead, Hanson and Doody want to continue growing the restaurant and building its reputation.

“We want to keep introducing new things to The County that people want,” she said. “I find that people who go to Bangor and Portland will often talk about the restaurants. We want people to have that experience in The County, to say that they don’t have to go to Bangor to get good Italian food. Whether they’re from Fort Kent or Houlton, we want people to come here and try it, and the atmosphere will hopefully keep bringing them back.”

Doody and Hanson took a vacation shortly before opening Mascoto’s, knowing they would likely not get any time off once it opened. Both said they have not had a full day off since, and seem to enjoy the busy lifestyle. Hanson said she’ll get plenty of time off when she retires, but until then, both are working hard every day, and often from 6 a.m. to 10 p.m..

For those on the fence about trying out a new eatery, Hanson said there’s enough between the food, people, servers, and atmosphere to pique anyone’s curiosity. Doody emphasized that everything is made fresh daily, and prepared in-house.

“We’re not a chain,” Doody said. “We are a mom and pop family restaurant.”

Stacie Holton, who works as a waitress at Mascoto’s, said that the restaurant offers customers a “great atmosphere” and that she enjoys her job.

“I love it,” she said. “Customers are really receptive to the menu, and trying new things they’ve never had before.”

During her time at the new restaurant, Holton said she has only heard positive feedback from customers, and said newcomers are likely to find something they would enjoy as well.

“We can usually recommend something to someone if we have an idea of what they’d like,” she said, “and they would really enjoy it.”

This version corrects the spelling of the restaurant’s name. 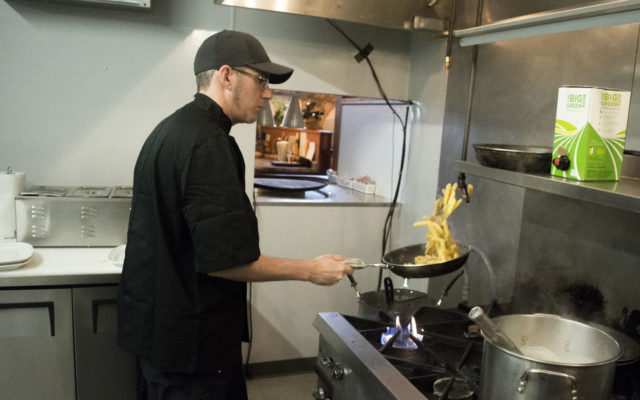 Tyler Rose, one of five cooks at the newly opened Mascoto’s Italian Restaurant in Caribou, prepares a pan of penne on Thursday, May 3. (Christopher Bouchard) 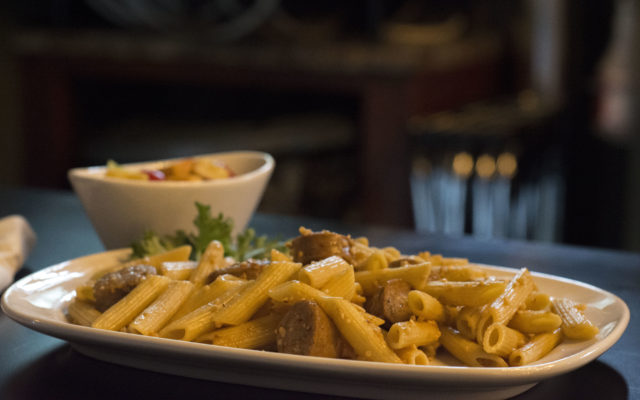 On Thursday, Rep. Harold “Trey” Stewart III, R-Presque Isle, announced he will run for a state Senate seat in the 2020 legislative election -- an important change for one of the most powerful representatives in the Maine House.
Pets END_OF_DOCUMENT_TOKEN_TO_BE_REPLACED