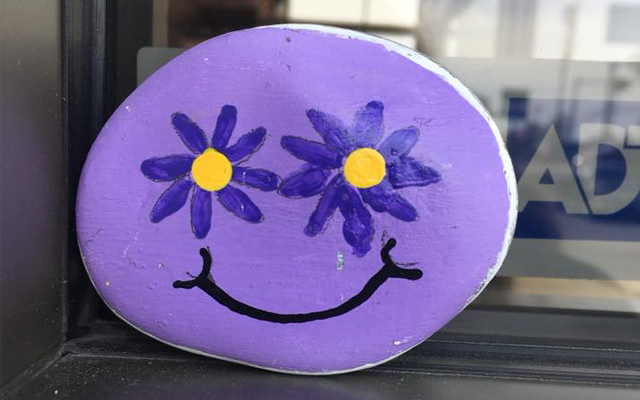 Melissa Lizotte • May 22, 2018
A small but committed group of Facebook friends from in and around Presque Isle has been spreading kindness throughout their community one rock at a time.

PRESQUE ISLE, Maine — A small but committed group of Facebook friends from in and around Presque Isle has been spreading kindness throughout their community one rock at a time.

When Cherrika Brigman, of Easton, came across a Facebook group called Houlton Rocks!! last summer she was intrigued by the idea of people painting rocks and placing them in various spots throughout town for people to find. She started her own group, Presque Isle Rocks!, in hopes that people would paint their own “Kindness Rocks,” hide them around town and post photos of other rocks they find on Facebook.

As of May 20, Presque Isle Rocks! had 465 members. The group continues to grow every day thanks to the enthusiasm its group members share in spreading kindness and friendship.

“If people find a rock we encourage them to take a picture and share it on our Facebook group before they hide the rock again,” Brigman said. “Sometimes people take a rock and decide not to share a photo and that’s fine, but we’re always excited to see where the rocks end up.”

On Saturday, May 19, Brigman’s fellow group member Kathy Young, of Presque Isle, placed a purple rock with a smiley face onto a windowsill at Tim Horton’s in Presque Isle. Within 10 minutes the rock had vanished without Young realizing someone had found it.

Emily Poitras, a student at Presque Isle High School, had discovered the rock with her brother, Brandon, and posted a photo on Facebook soon afterwards. She wrote in her photo caption, “Look what I found at Tim Hortons this afternoon.” She became a member of the Presque Isle Rocks! group soon afterwards. 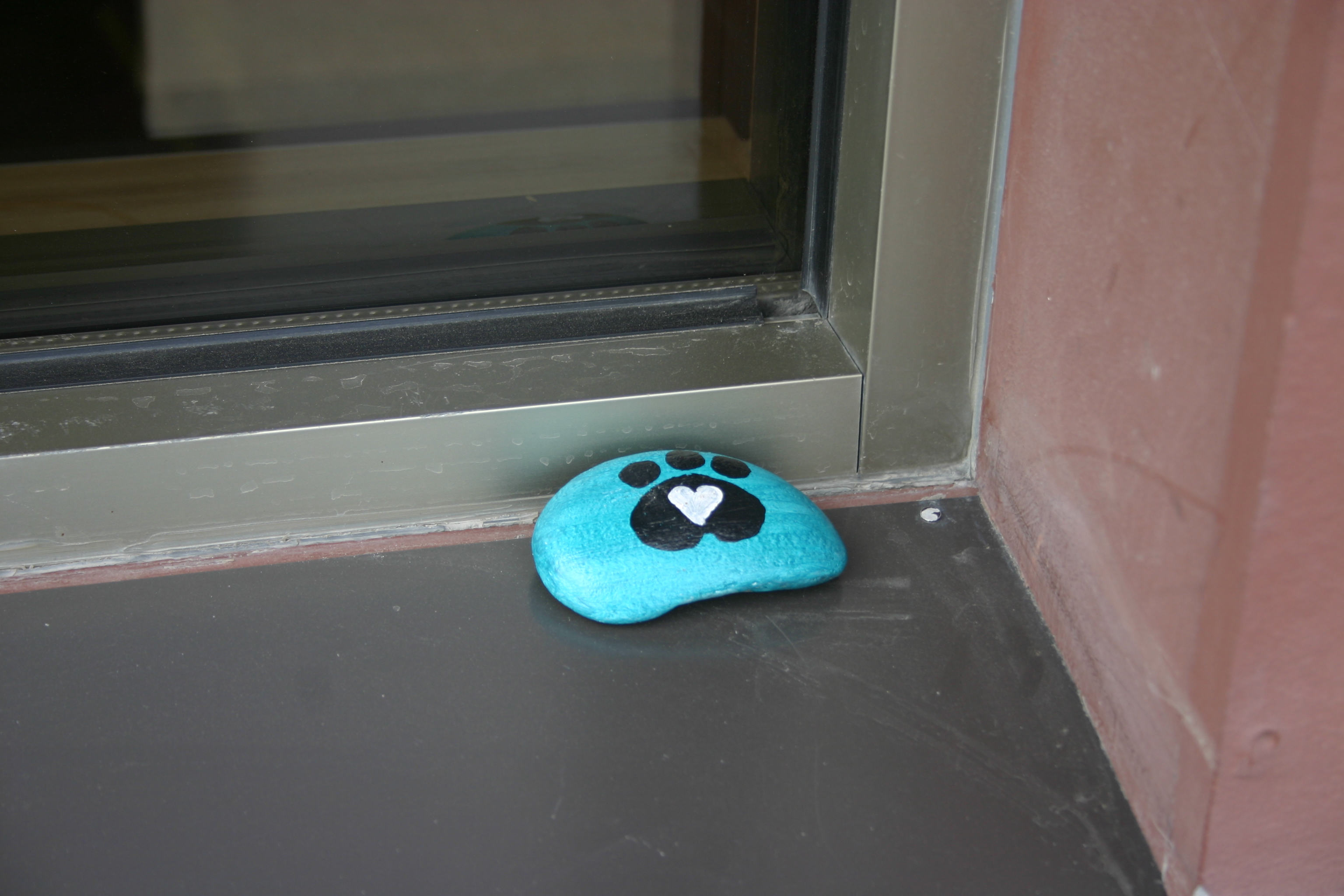 On Saturday, May 19, Easton resident Cherrika Brigman placed this “kindness rock” on a window sill of Tim Hortons in Presque Isle. Brigman is a moderator of the Presque Isle Rocks! Facebook group, whose mission is simple: paint store bought rocks, hide them in various spots around town and post photos of themselves when they find other peoples’ rocks, all in an effort to promote kindness and community spirit. Brigman’s rock was later found and posted on Facebook by Christina Walker, of Presque Isle.
(Courtesy of Christina Walker)

“I plan to hide the rock again. It seems like something fun to do,” Emily Poitras wrote in a Facebook message not long after joining the group.

Brigman also placed a light blue rock, painted with a black dog paw print, on a window sill of Tim Hortons. Later that day Tim Hortons employee Christina Walker, of Presque Isle, posted a photo of the rock and wrote about her plans to re-hide the rock somewhere in town with her children.

Young said that she has most enjoyed placing rocks in unique places and seeing where people will hide them next.

“I’ve hidden rocks outside of the post office and the library, on window ledges and at Mantle Lake Park,” Young said. “One time I hid a rock next to the model of planet Saturn on Route 1 and later I saw on Facebook that someone found the rock and hid it next to the model of Jupiter.”

Brigman advises group members not to hide or take rocks from national and state parks or place them on walkways, stairs, personal property, lawns where people might accidently hit them with mowers, in roadways, near electrical outlets or inside stores unless they obtain permission from managers. A full list of guidelines and suggestions can be found on the Presque Isle Rocks! Facebook page.

Spreading “Kindness Rocks” is a trend that reaches far beyond Aroostook County and even Maine. The movement began in Cape Cod, Massachusetts in 2015 when Megan Murphy began placing rocks with inspirational messages on the beach near her home. The Kindness Rocks Project has now morphed into hundreds of Facebook groups across the country and the world.

Folks who go onto the Presque Isle Rocks! Facebook page will find a variety of artistic rock creations, including spring flowers, animals such as moose, rabbits and dogs and even cartoon characters such as Snoopy and Woodstock from “Peanuts” and Wreck-It Ralph. Many include inspiration messages such as “Don’t worry. Be happy,” “This, too, shall pass” and “Believe in the magic of kindness.”

On the back of each rock, group members also include a message that says “Take a pic and rehide. Go to Facebook: Presque Isle Rocks! Join the fun.”

Brigman said that Presque Isle Rocks! has become more than just another social media craze. People who paint and hide rocks enjoy the great outdoors around Presque Isle, have a fun activity to try with their family and create lasting connections with people that they might not have ever met before. May 19 marked the first time that she and Young had met each other in person.

“They’re called Kindness Rocks for a reason,” Brigman said. “I enjoy painting the rocks and seeing how much they mean to people.”

Young agreed. “We like to say that once you let a rock go it’s not yours anymore. It’s a gift to somebody else.”

Many of you have been following Luke's story on our Facebook page. Luke came to the Ark last July with his sister Lydia at 8 weeks old. Both Luke and Lydia were in really bad shape with untreated upper respiratory infection.
Campaign Corner END_OF_DOCUMENT_TOKEN_TO_BE_REPLACED