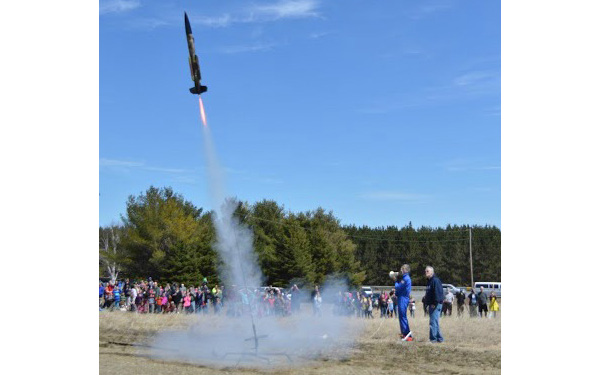 Dark skies a resource to protect

Berz and other science center supporters are continuing fundraising to continue to modernize the science center, which was founded with an endowment from the late Easton-born businessman Francis Malcolm.

Berz also is working on engaging both youths and adults in appreciation of science in general and astronomy in particular.

As warmer temperatures draw people outside, Berz is hoping they will take some time to look up at the sky, whether to see Jupiter and Venus — the two brightest planets, visible to the naked eye after sunset — or to explore the evening skies with a telescope.

Overall, northern Maine offers excellent opportunities for stargazing, particularly in more remote areas. The areas around the Deboullie Public Reserved Lands and Allagash Wilderness Waterways are considered to have some of the most pristine night skies east of the Mississippi, Berz said.

Star gazing in the central Aroostook area, however, can be “shaky,” Berz said. Despite being a largely rural region, there is a fair amount of light pollution from street and parking lot lights in larger communities such as Caribou, Presque Isle and Fort Fairfield, plus lights from factories.

“It’s a very subtle encroachment that adds up. It doesn’t take much,” Berz said.

“What does the universe mean to each one of us? If we’re advancing to a degree of our technology and progress that we’re eliminating our vision and our respect for our place in space, we’re headed for a catastrophe,” he said.

A lifelong astronomer inspired by the 1960s space revolution, Berz is working to counteract what he calls “celestial ignorance” and “night fright.”

“When people are afraid of the night, when they won’t go outside unless they have illuminated their small square of earth, we have issues,” Berz said.

To get a good view of the night sky, Berz suggests considering getting a telescope and venturing out of town centers, if not to the Allagash or Deboullie.

“You’ve got to leave any of our small metropolitan areas, whether it’s Presque Isle or Caribou or Houlton.”

He also suggests rethinking the need for leaving home lights or street lights on all night long — something important not only for star-gazing, but the health of humans and other creatures.

Humans evolved with the natural cycles of day and night, and the rise of artificial lighting is thought to increase the risks for diabetes, obesity, depression, sleep disorders, and other conditions, according to the International Dark Sky Association.

The Friends of Katahdin Woods and Waters National Monument is working with the International Dark Sky Designation to obtain a dark sky designation for the 87,000 acre park and possibly for the larger region, said executive director Andrew Bossie.

Bossie said the area in and around the Katahdin Woods and Waters already has excellent star-gazing opportunity, and each fall the group hosts a Stars Over Katahdin event that brings in local families and “astro-tourists” who travel to enjoy star-gazing.

“It’s about lifting up what’s special about northern Maine and making sure that people have a chance to celebrate that and we get to share that with the rest of the world.”

Bossie was born in Florida but moved to Caribou at a young age and recalls seeing an unpolluted night sky for the first time at his grandmother’s house around Madawaska Lake.

“That was the first time I really understood what they taught in elementary school about stars,” Bossie said. “Unfortunately, there are fewer and fewer of those types of places where people can see the night sky.” 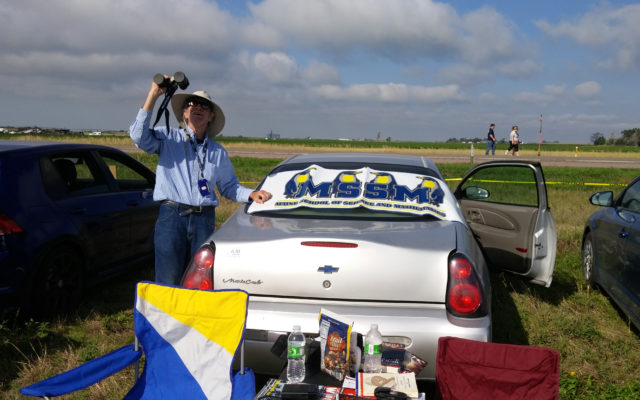 Watching the total solar eclipse in Alliance, Nebraska, was like a tailgate party, for Larry Berz of Limestone who was hosted by a local Rotarian for the week surrounding the Aug. 21, 2017, phenomenon. (Steve Brittan)

Maine is more than eight months into Medicaid expansion under the federal Affordable Care Act and trends around who is enrolling and where they live are starting to emerge, bucking some expectations and pointing out access challenges.
Pets END_OF_DOCUMENT_TOKEN_TO_BE_REPLACED