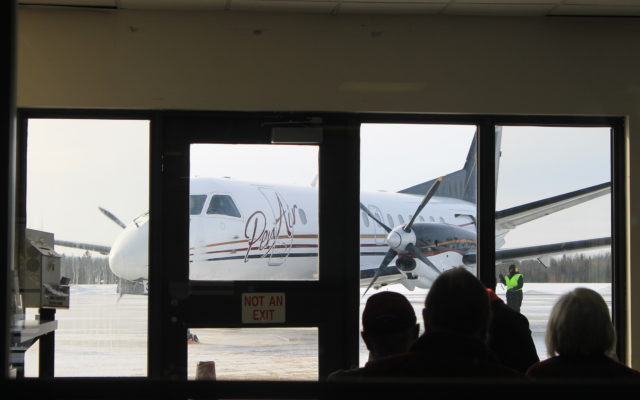 Anthony Brino • May 30, 2018
PenAir is ceasing its service at the Northern Maine Regional Airport a month before its contract was set to end, leaving the city of Presque Isle hoping that United Airlines can start its service to Newark sooner than July.

PRESQUE ISLE, Maine — PenAir is ceasing its service at the Northern Maine Regional Airport a month before its contract was set to end, leaving the city of Presque Isle hoping that United Airlines can start its service to Newark sooner than July.

Alaska-based PenAir informed the U.S. Department of Transportation that it is ceasing operations effective June 1 for its routes to Boston from Presque Isle, Bar Harbor and Plattsburgh, New York. PenAir has held those contracts, subsidized through the federal Essential Air Service Program, since 2012 but lost all of them to other airlines this spring.

Following a recommendation by the Presque Isle City Council, the federal DOT awarded the contract in March to United Airlines, which is scheduled to take over serving Presque Isle with a new route to Newark on July 1.

It is not clear if United’s service could begin earlier. Kim Smith, spokesperson for the city of Presque Isle, said Wednesday afternoon that the Northern Maine Regional Airport has reached out to United to ask if the new service can begin earlier, but had not heard back from the company yet.

In a statement, PenAir said that its decision to cease its East Coast operations stemmed from a loss of pilots and mechanics who have already been hired by other airlines.

“We have remained committed to these communities,” said CEO Danny Seybert in a press release. “Our intentions have been to remain until replacement carriers began service. To accomplish this we agreed to pay retention incentives to mechanics and pilots to remain with the company.”

However, he said, PenAir mechanics and pilots have already accepted other jobs and “we will not have the required resources to continue operations.”

The company said that customers who have tickets for flights after May 31 can contact the company for a full refund.

Members of the Houlton Band of Maliseets will head to the ballot box in order to determine who will be elected as their new tribal chief.
Pets END_OF_DOCUMENT_TOKEN_TO_BE_REPLACED