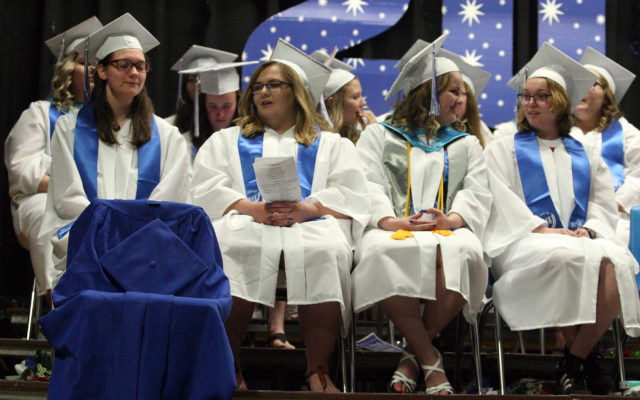 Hodgdon grads soar into next chapter

The seat, draped in a ceremonial blue gown and cap, was dedicated to the memory of Jesse Ryan, who would have received his diploma with the rest of the Class of 2018. Ryan was slain as part of a triple homicide in Amity in 2010. He was just 10-years-old at the time of his murder. 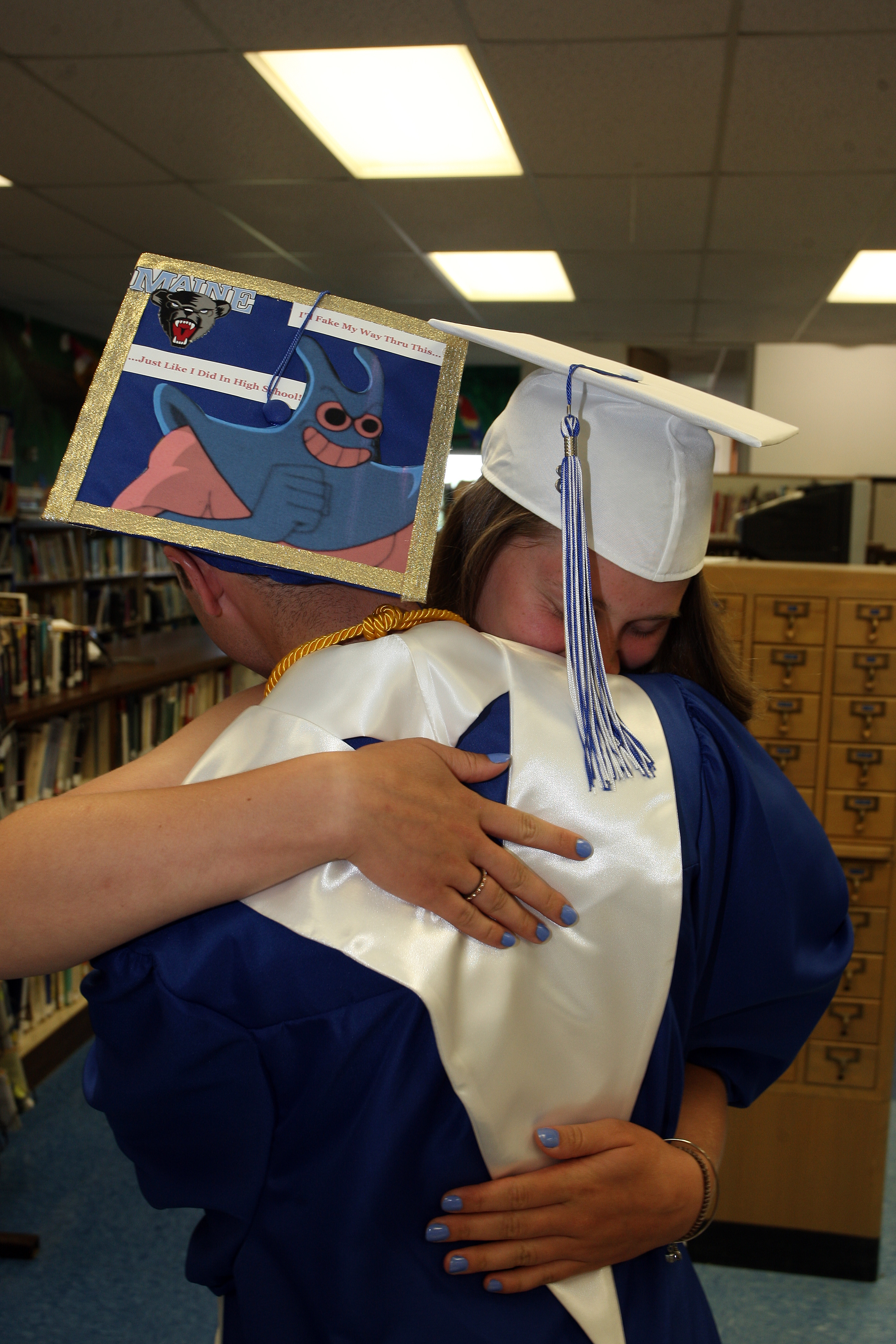 Sydney Howell gives a hug to one of her friends prior to the start of Hodgdon’s graduation ceremony Friday evening. (Joseph Cyr)

During the senior slideshow presentation, which was dedicated to Ryan, a school picture of the youth when he was at Mill Pond Elementary School also was shown.

“The conversation started with a couple of seniors, just talking about some memories that we had together and the topic of Jesse came up,” said Sidney Crane, vice president of the senior class.  “We thought we should do something in his memory since he was not able to be at graduation. We thought it would be nice to do and show that we hadn’t forgotten him and still love and miss him.”

Hodgdon High School Principal Mary Harbison welcomed the large crowd who assembled to see 37 seniors receive their diplomas. She also presented the “All-Around Male and Female” awards to the two seniors whom staff would be proud to call their own. This year’s awards went to Addie Woods and Nick Sherman.

Salutatorian Sydney Howell took peers on a trip down memory lane during her address, recalling kickball disputes, raising chickens in one of their classes and having to learn the “16 Counties” song. She also encouraged her classmates to remain true to their upbringing.

“As this chapter of our lives comes to a close, another one is about to open,” Howell said. “I hope that as we enter this chapter that we stay humble and don’t try to go through anything alone. I hope that no matter how far we travel, we always remember where we came from and who got us here.”

Madisyn Merritt, first honors essayist, thanked the many teachers and staff members who guided the class through their high school year and offered a few words of encouragement.

“My message is best phrased in the words of (Herman) Melville, as he states, ‘I know not all that may be coming, but be it what it will, I’ll go to it laughing.’”

Valedictorian Nick Sherman expressed his gratitude to his friends and family for their support through the years and offered the following advice to his class.

“I urge you to continue to work hard,” he said. “Take every opportunity you can. Always do everything to the best of your ability.”

State Sen. Michael Carpenter, the guest speaker for the ceremony, spoke on a variety of topics during his remarks, as he encouraged the graduates to strive for greatness.

“Just because you come from a small town in northern Maine, don’t think you can’t do something,” Carpenter said. “Be proud of where you come from (Aroostook County), because they will hire you quicker than they will other people. People from Aroostook  are known to be honest, hard working and to have integrity.”

Superintendent Scott Richardson informed the audience of some of the academic accomplishments the Class of 2018 has achieved and encouraged the seniors to consider a return to the community at some point in their future.

“The senior class has 22 members who have taken early college courses for a total of 539 credits,” Richardson said. “We have one of the best career and college prep programs in the state. The tuition paid for these credits amounts to $123,000 saved by students and parents.” 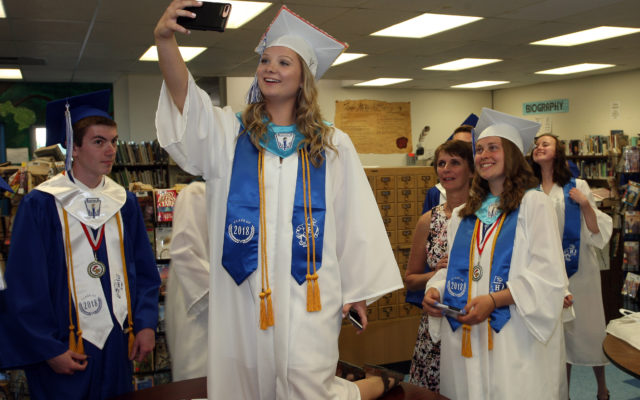 Hodgdon senior Jordyn McKissick snaps a photo with her classmates prior to the start of Friday’s graduation ceremony in Hodgdon. Looking on are Nick Sherman, left, advisor Anita Levesque and Sydney Howell. (Joseph Cyr) 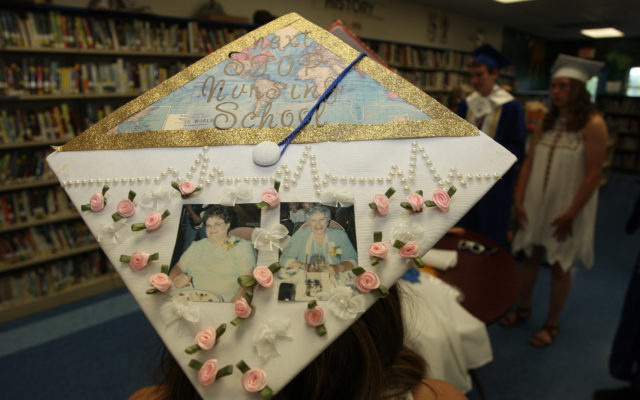 Hodgdon senior Sydney Crane’s mortar board was just one of the many elaborately decorated caps to be found at Hodgdon’s graduation ceremony Friday evening. (Joseph Cyr) 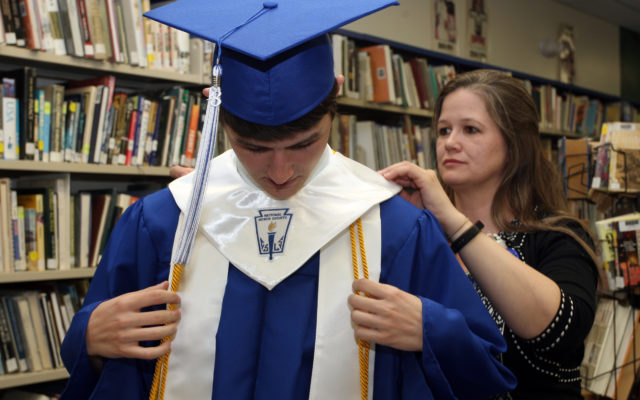 Robert Ramsey, left, gets some help with his sash from Kara Wright prior to Hodgdon’s graduation ceremony Friday evening. (Joseph Cyr)

For all it does to refresh us, burn energy and keep us sharp, we all need playtime, dogs and cats included. Sharing playtime with pets has the added benefit of strengthening the bond between us, so we better understand one another.
Campaign Corner END_OF_DOCUMENT_TOKEN_TO_BE_REPLACED