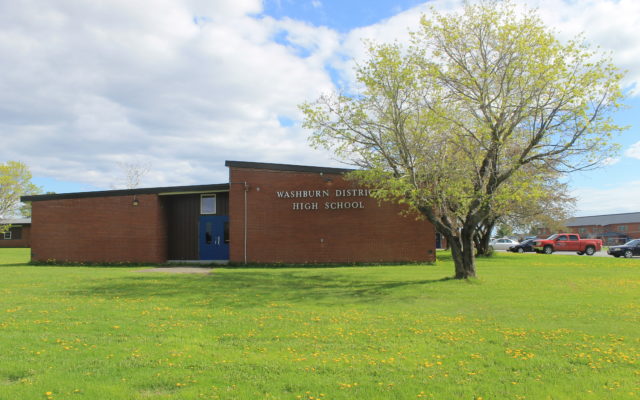 Anthony Brino • June 12, 2018
Aiming to avoid both drastic cuts and a massive tax increase, the board and administration of Maine School Administrative District 45 is offering another budget that will be voted on later this month.

WASHBURN, Maine — Aiming to avoid both drastic cuts and a massive tax increase, the board and administration of Maine School Administrative District 45 is offering another budget that will be voted on later this month.

On Tuesday, June 12, the SAD 45 board of directors convenes to approve the warrant articles comprising the district’s 2018-2019 budget. The board-approved articles will then be voted on by the community at the district’s annual budget meeting June 20.

The latest budget comes after a difficult process this spring in drafting a budget without major local tax increases or cuts to programming.

Among other factors, the district is losing an estimated $196,000 in state funding due to the loss of 41 students between October 2016 and October 2017. In total, the state revenue losses amounted to almost $250,000 compared to the 2017-2018 budget, and the district was looking at local spending increases of 30 percent or more.

“The board has worked very hard to present a budget that we feel has minimal negative impacts on our students education while trying to keep local tax increases as low as possible,” said board chair Ryan Rackliffe.

After looking at multiple budget options and holding a public budget workshop, the district has developed a budget that Rackliffe said meets both of those goals in the context of the difficult circumstances.

Under the budget being voted on Tuesday, the district’s local spending would increase from $1,086,030 to $1,181,724, or by 8.8 percent. The local increase in property taxes would be spread over the course of two municipal tax years.

Rackliffe said that the spending increase was pared down with a continued reduction in staffing along with deferred maintenance to district buildings. He said the budget continues funding for the high school industrial arts program, something that had been discussed for possible elimination.

Members of the Houlton Band of Maliseets will head to the ballot box in order to determine who will be elected as their new tribal chief.
Pets END_OF_DOCUMENT_TOKEN_TO_BE_REPLACED
7 days ago