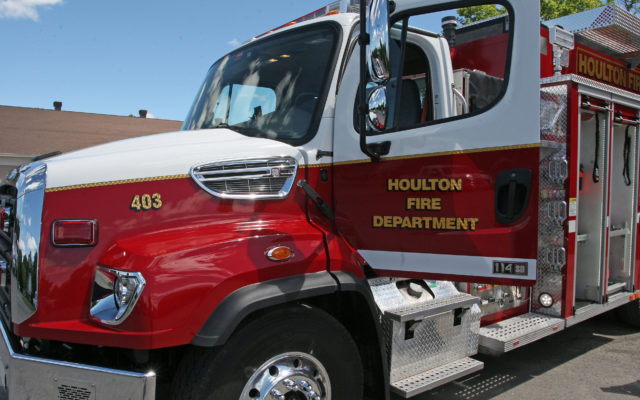 Joseph Cyr • August 31, 2018
Houlton firefighters were called to Tower Road in Ludlow Wednesday afternoon after a resident noticed smoke coming from the area of a U.S. Cellular tower.

LUDLOW, Maine — Houlton firefighters were called to Tower Road in Ludlow Wednesday afternoon after a resident noticed smoke coming from the area of a U.S. Cellular tower.

According to Houlton Fire Chief Milton Cone, firefighters discovered that a generator outside of the tower’s maintenance building had ignited sometime around 4:30 p.m. Wednesday. Because the generator was fueled by two large, industrial propane tanks, firefighters had to use extra care when approaching the fire.

“We put a water stream on the propane tanks, in an effort to cool them down, and slowly made an approach to shut off the propane,” Cone said. “There was some minor damage going into the building, so as a safety precaution we had Houlton Water Company come and shut off the electricity.”

Heat from the fire damaged the gauges on the two propane tanks, which had to be removed from the site once the flames were extinguished. Cone said one of the tanks belonged to Dead River Company, while the other was owned by Daigle Oil Company.

Cone said this incident provided a working opportunity for firefighters to use their training for attacking propane-based fires.

“Flames from the generator were blowing toward the two propane tanks, which made things a bit tense,” Cone said. “Both tanks had scorch marks on the end. But this incident provided an opportunity for us to use the skills we worked and trained for. That prior training certainly added a level of confidence, but it was still a tense situation.”

Tower Road is located off the McGlinn Road in Ludlow. Cell service was not believed to be comprised as a result of the fire. Firefighters were not able to determine what caused the generator fire.

For the first time since 2019, there is competition for open seats on the Houlton Town Council
Pets END_OF_DOCUMENT_TOKEN_TO_BE_REPLACED