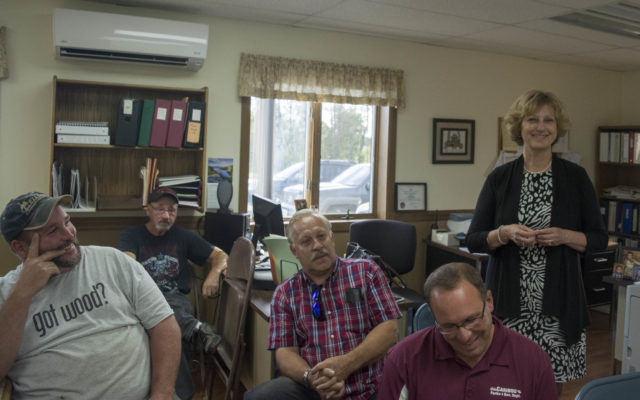 Chris Bouchard • September 7, 2018
A handful of Woodland residents raised concerns about horse manure dropped from Amish buggies on local roadways during a Sept. 4 selectmen meeting, and suggested that the town draft an ordinance clarifying rules and regulations to prevent further issues.

WOODLAND, Maine — A handful of Woodland residents raised concerns about horse manure dropped from Amish buggies on local roadways during a Sept. 4 selectmen meeting, and suggested that the town draft an ordinance clarifying rules and regulations to prevent further issues.

Lorraine Chamberlain primarily spoke for the group, and said the roadway waste is both a health and safety issue.

In terms of health, she said that motorists driving over the waste can then spread it to their land and property, potentially causing bacterial contamination. As for safety, Chamberlain said she has witnessed “several close calls” on the Woodland Center Road as drivers attempt to avoid running over the droppings.

“We live in a small community and have hills that you can’t always see over,” she said. “People will drive around the manure and have come close to hitting other vehicles. I’ve even seen people drive onto other people’s property. I haven’t seen any accidents, but this is just an accident waiting to happen.”

She clarified that she is not targeting any one individual, but would like to see an ordinance in which the owner of the offending horse is responsible for the waste. Such an ordinance could require horse owners to remove the waste as soon as it is deposited or the roadway or to equip their buggies with bags to catch the horse droppings.

Another member of the group told Selectman Tom Drew, a dairy farmer, that the concerned individuals were not picking on any local farmers.

“To be honest with you,” Drew said, “this farmer won’t comply with that. I have enough of [my father] in me to just give you the shovel.”

Chamberlain said the group’s complaints were “specific to horse manure,” adding that “we need to be kind to anyone moving into our area so they understand these rules and can attend to them.”

According to the Woodland Town Office, one Amish family moved to Woodland in late July, while a couple of other families also are planning to move to the community soon. No representatives of the Amish community were present at Tuesday’s meeting.

Municipal officials in other Aroostook communities with Amish populations such as Presque Isle, Easton, Fort Fairfield and the Houlton area have previously discussed similar complaints about so-called “road apples” left behind by horse drawn buggies.

According to a recent informal population survey by the Northern Maine Development Commission, there are more than 400 Amish living in Aroostook County, spanning communities from southern to north-central Aroostook.

Fort Fairfield Town Manager Jim Risner has said in the past that he typically contacts Amish leaders whenever complaints arise. The town along with a number of businesses also have installed buckets and shovels for the droppings at hitching posts, and some Amish have tried to limit their horse’s time on Main Street, where many of the complaints about droppings originated, Risner said previously.

During Tuesday night’s meeting in Woodland, one resident who did not identify himself said that introducing an ordinance in town soon would help the Amish so they “know what to expect” immediately, as opposed to waiting four years before doing anything.

He said he has not encountered this issue in Presque Isle or Easton, which both contain Amish communities, but that he, like Chamberlain, has witnessed his fair share of roadway waste in Woodland.

“It looks like a dead deer,” he said, “like three loaves of bread. I’ve seen cars drive around it, and as soon as it rains we all drag it back to our homes.”

Drew said that while he both understands and respects these concerns, the town has far more serious threats to public safety than horse manure.

All three selectmen in the end unanimously voted to contact either Presque Isle or Easton municipal officials to see how they deal with horse waste or whether they have ordinances in place that Woodland might adopt. Chairman Carl Grant said the town will look to possibly bring such an ordinance “to the town in March for a vote.” 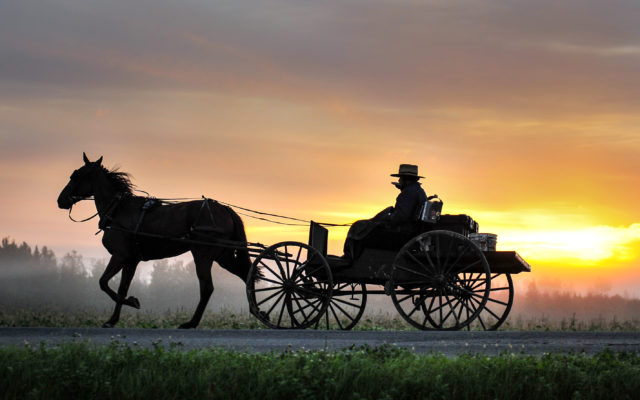 An Amish driver, horse and buggy travel on Forest Avenue in Fort Fairfield in September 2011. (Courtesy of PaulCyrPhotography.com)

Rep. Joseph Underwood, R-Presque Isle has been appointed to serve on the Legislature’s Agriculture, Conservation and Forestry Committee.
Pets END_OF_DOCUMENT_TOKEN_TO_BE_REPLACED