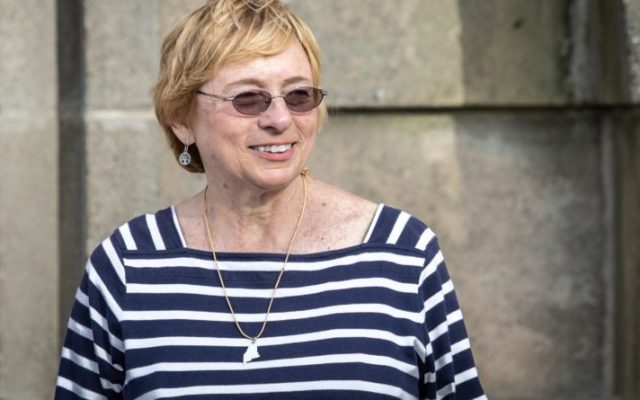 Biden, the 47th Vice President of the United States, issued the following statement: “I am proud to support Janet Mills to be the next governor of Maine, because she is the only candidate with the vision to move Maine forward and the ability to get the job done.  As the state’s Attorney General, Janet has fought successfully to protect young people’s health care coverage, to supply more anti-overdose medication to fight the opioid epidemic, and to provide funds for vocational training in high schools.  Janet always figures out how to help working families in Maine have a fair shot at the future they deserve.”

Reacting to the news, Janet Mills made the following comment: “It is a privilege to earn the support of Vice President Biden, a champion for working people across the country. Our campaign is focused on leading Maine in a new, better direction that always puts Maine’s hard-working people first, and I can think of no better supporter of that cause than Joe Biden,” said Mills. “When I talk to Maine people, they tell me they want their next governor to lower the cost of health care, to strengthen our public schools, and to build an economy that prioritizes the middle class.  This is the cause of our campaign, and it is a cause that Joe Biden understands. I am grateful to have his support in this campaign.”

Janet Mills got to know Vice President Biden personally, thanks to her work and friendship with Biden’s late son, Beau, who served as the Attorney General of Delaware during part of Mills’ tenure as Maine’s AG.

Joe Biden, born in Scranton, Pennsylvania and raised from a young age in Delaware, became one of the youngest people ever elected to the United States Senate, winning his first term at age 29.  Biden represented Delaware in the Senate for six terms, concluding with service as Chair of the Foreign Relations Committee before being chosen by then-Senator Barack Obama to be his nominee for Vice President in 2008.  Vice President Biden and President Obama served for two terms, from 2009 to 2017.

Members of the Houlton Band of Maliseets will head to the ballot box in order to determine who will be elected as their new tribal chief.
Pets END_OF_DOCUMENT_TOKEN_TO_BE_REPLACED