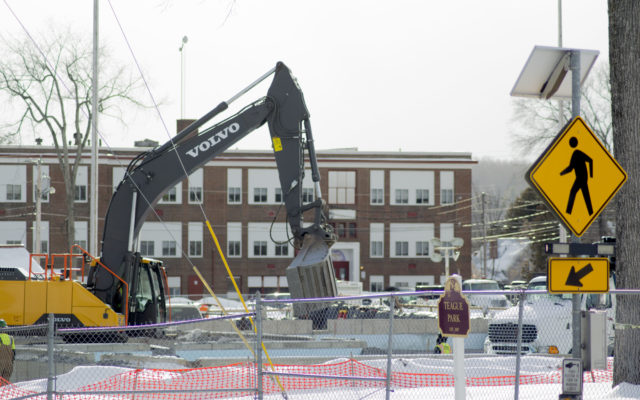 New school construction in Caribou wraps up for season

Chris Bouchard • December 5, 2018
Contractors spent Tuesday finishing up their work for the season on a massive PreK-8 school project in Caribou, with much of the footing and foundation already complete.

CARIBOU, Maine — Contractors spent Tuesday finishing up their work for the season on a massive PreK-8 school project in Caribou, with much of the footing and foundation already complete.

RSU 39 Superintendent Tim Doak said people in the community will see a van with a chimney, or pipe, on the site throughout the rest of the winter, and that the vehicle is designed to heat the footing and concrete until next spring.

Workers lost a few weeks on the project due to the early snow, which ultimately put a stop to the work earlier than anticipated. Initially, Doak said they had planned to continue work up until Christmas.

Since workers broke ground in early August, Doak said there have been no injuries on site, and that contractors only need to install footing in one wing of the building, which is their first objective when getting back to work in spring of 2019.

The decision to stop during the winter was part of cost saving measures implemented after the only bid on the project came in about $12 million over budget. Contractor, Bowman Constructors of Newport, and school officials worked to close the funding gap by altering certain aspects of the project. The Maine Department of Education also agreed to pay an additional $4.8 million so the project could continue.

Doak said the abatement should be finished within a matter of weeks, at which point Soderberg Construction will demolish the Learning Center as well as the Sincock building. Demolition of both buildings is scheduled for early 2019. 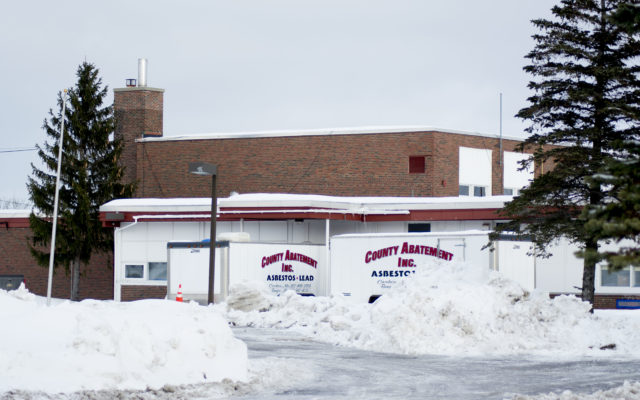 County Abatement, Inc. has started removing asbestos from the Caribou Learning Center, as seen here on Dec. 4. When the abatement is finished, Soderberg Construction will demolish this building as well as the former Sincock Administrative building in early 2019. Both the Alternative High School and Adult Ed programs, which were housed in the learning center, have been relocated to the Caribou High School campus. (Chris Bouchard)