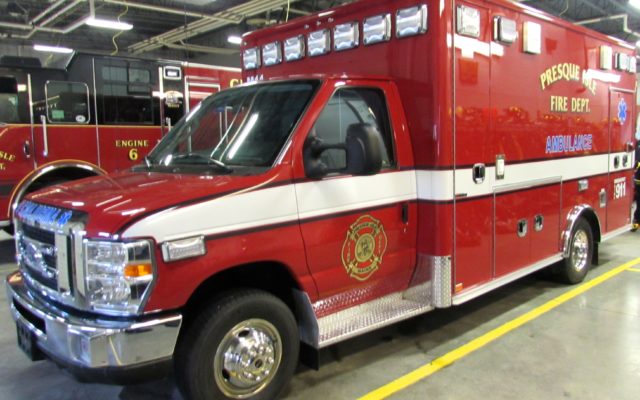 Chris Bouchard • January 11, 2019
The towns of Washburn and Wade, which were formerly served by Crown Ambulance of Presque Isle, are now receiving ambulance services from both Caribou and Presque Isle’s municipal fire and ambulance departments.

WASHBURN, Maine — The towns of Washburn and Wade, which were formerly served by Crown Ambulance of Presque Isle, are now receiving ambulance services from both Caribou and Presque Isle’s municipal fire and ambulance departments.

Washburn Town Manager and Wade Selectman Donna Turner said the decision was made by officials from both towns in the desire to improve ambulance response times.

“It doesn’t make sense to have the Presque Isle ambulance travel all the way over to the Washburn and Caribou line, when it’s only three minutes out of Caribou, so to contract with Presque Isle alone didn’t make sense,” Turner said.

She said the process of working out which city will respond to which areas of Washburn and Wade were fairly simple, and based on their proximity to the nearest station.

“We worked with the 911 dispatch office in Houlton and mapped everything out,” she said. “It was pretty easy.”

While both towns are working with the two cities, Turner said residents still have the option to call Crown Ambulance directly if they choose.

In addition to potentially faster response times, the change also will save the towns roughly $1,500 per year, Turner said.

The arrangement officially started on Jan. 1, with Caribou councilors having approved Washburn’s $9,700 contract for ambulance services in November.

The contracts are just for ambulance services. The Washburn Fire Department will continue to serve the communities of Washburn, Wade and Perham.

“It’s just an experiment, or a work in progress, at this point,” Turner said, “and we have high hopes that it’s going to go well.”