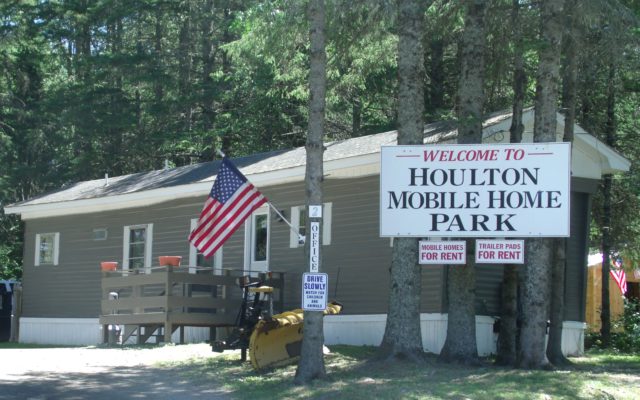 Jen Lynds • January 17, 2019
Residents of the Houlton Mobile Home Park continue to use supplied bottled water more than a year after testing revealed unsafe levels of chemicals in well water at the facility.

HOULTON, Maine — Residents of the Houlton Mobile Home Park continue to use supplied bottled water more than a year after testing revealed unsafe levels of chemicals in well water at the facility.

Deanna L. Cleary, who lives in the park, said in a recent interview that park management is still delivering bottled water to residents.

The mobile home park on the Old Woodstock Road is owned by TBK Maine Properties, according to the town office. Multiple calls and emails sent to the management office over the past three weeks have not been returned.

Officials from the Department of Health and Human Services Drinking Water Program also have not responded to repeated requests for comment.

Cleary said that the former manager who worked at the property was replaced by new managers who she believes live in northern Aroostook County.

“None of the residents down here were even informed about the hiring of these new people,” she said, adding that she did not know their names.

State officials with the DHHS Drinking Water Program announced in February 2018 that a water sample from the park’s private well confirmed the levels of poly and perfluoroalkyl substances, or PFASs, were above those recommended by the U.S. Environmental Protection Agency.

PFASs are man-made chemicals that have been used in industry and consumer products worldwide since the 1950s. They have been used in non-stick cookware, water-repellent clothing, stain resistant fabrics and carpets, some cosmetics, some firefighting foams, and products that resist grease, water, and oil.

Representatives of the DHHS Drinking Water Program were involved in the water testing at the park, which has 55 lots on about 19 acres located near Houlton International Airport.

The EPA has a drinking water health advisory level of 70 per parts trillion for PFASs. A water sample collected in November 2017 from the well that serves the Houlton Mobile Home Park resulted in a reading of 70.6 parts per trillion. A second water sample in December 2017 also tested unsafe to drink.

State officials said in July 2018 that the mobile home park owners had applied for a grant to conduct a feasibility study to help determine whether to restore water to the park from a well or use another source. The Houlton Water Company has a line close by to which the park could be connected, they said.