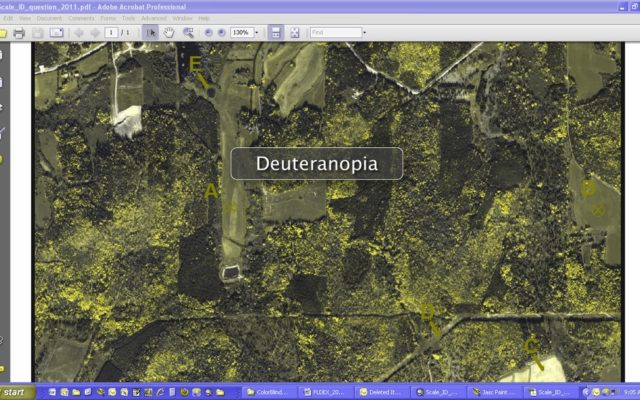 Jessica Potila • February 3, 2019
A retired University of Maine at Fort Kent professor continues to share his academic expertise with others, most recently through a chapter in a college textbook which a leading academic publishing company has picked up.

FORT KENT, Maine — A retired University of Maine at Fort Kent professor continues to share his academic expertise with others, most recently through a chapter in a college textbook which a leading academic publishing company has picked up.

Professor David Hobbins researched and wrote the chapter about color vision deficiency, commonly referred to as color blindness. Titled “Map Design for the Color Vision Deficient,” the chapter appears in the book “Handbook of the Changing World Language Map” from Springer Publishing.

Hobbins said he has found color vision deficiency has a real-world impact on those who experience it.

“I started at UMFK in 1986 and one of my first students was color blind,” he said.

“What really prompted me to study color vision deficiency was in 2008 when I handed a color image to my class in the field and they had to do some interpreting.”

Hobbins provided his students with handouts of a map of the area.

“One of my students said, ‘Dave, I can’t read it,’” Hobbins said. “The labels (on the handouts) were red on a green forest. That got me to starting to read about color vision deficiency.”

According to the American Optometric Association, although some people can only visually differentiate between black, white and shades of grey, most people with color vision deficiency can see colors, but have difficulty differentiating between particular shades of reds and greens, or blues and yellows.

Hobbins engaged in a literature review of color vision deficiency and geography and map design with the assistance of UMFK Blake Library Director Sofia Birden.

He said he discovered that color vision deficiency is “more prevalent than we think.”

The data is also largely out of date. “All the statistics they give us for major populations quote data from the mid-20th century,” he said.

Hobbins said that most research regarding color vision deficiency focuses on those who are born with the condition. Those who experience acquired color deficiency are not as well studied.

Acquired color deficiency can occur through diseases such as glaucoma or through chemical injuries. It turns out, Hobbins said, that there is a large number of those in the older population who experience acquired color vision deficiency, in the form of yellow/blue color perception.

“Up until recently, they’ve been completely overlooked,” Hobbins said. According to his research, at least 10 percent of the population of those aged 62 and older showed a blue/yellow color vision deficiency.

For the older population, interpreting online graphics for things such as shopping or even weather forecasts can be confusing if the right color schemes are not employed, he said, adding more research should be undertaken on the subject of color vision deficiency.

“Handbook of the Changing World Language Map” is currently available in digital form, but will come out in hard copy this spring.

Hobbins said his research into color vision deficiency is most likely complete, although he continues to engage in academic research.

“My interests have shifted to native bees,” he said. “In retirement I am working on the Maine Bumblebee Atlas and on several native bee pollinator projects.”

The abstract to Hobbins’ contribution to “Handbook of the Changing World Language Map” can be found here. 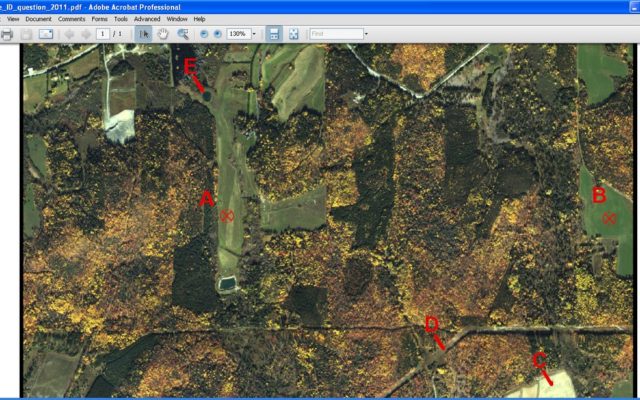