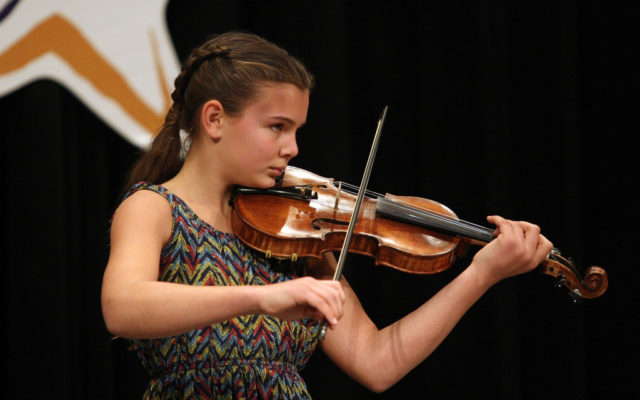 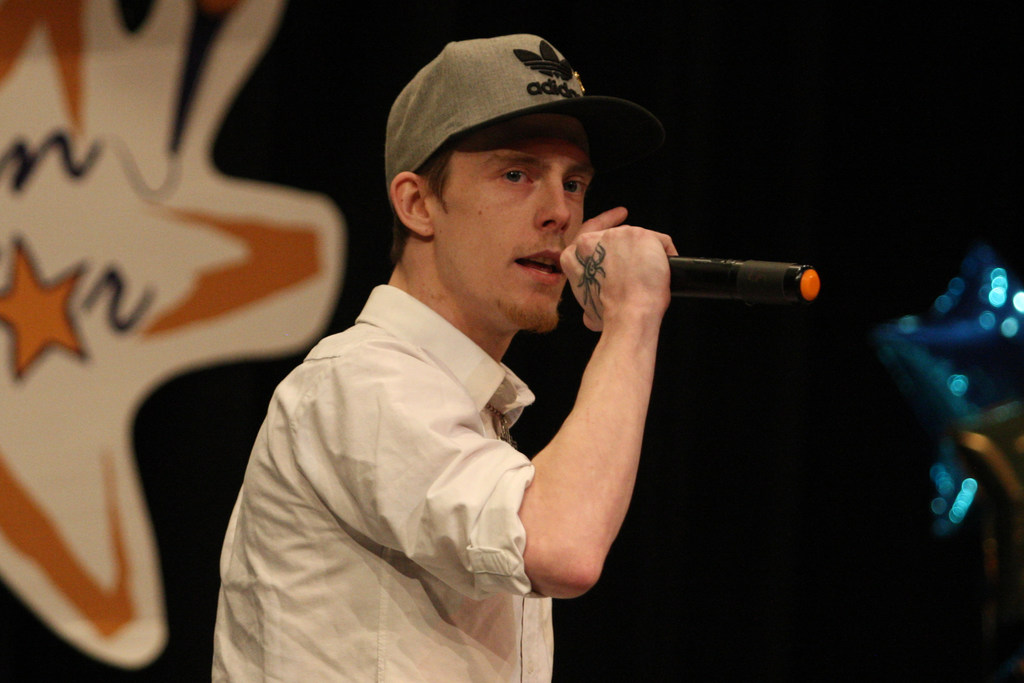 David Dow of Houlton sings an original rap song during Sunday’s Northern Star competition in Houlton. Dow was one of three adult finalists chosen to move on to the regional competition. (Joseph Cyr)

In the adult competition, Emma McGraw, David Dow and Hannah Boone were selected to move on to the regional event. The finale will be held on Sunday, March 24, at 2 p.m. at the Caribou Performing Arts Center.

Judges for the Houlton show were Tammy Goetsch, John Harvell and Brandon Clark . By an audience consensus, Goetsch was selected as the local judge to advance to the regional competition. Clark was the 2013 Northern Star champion. 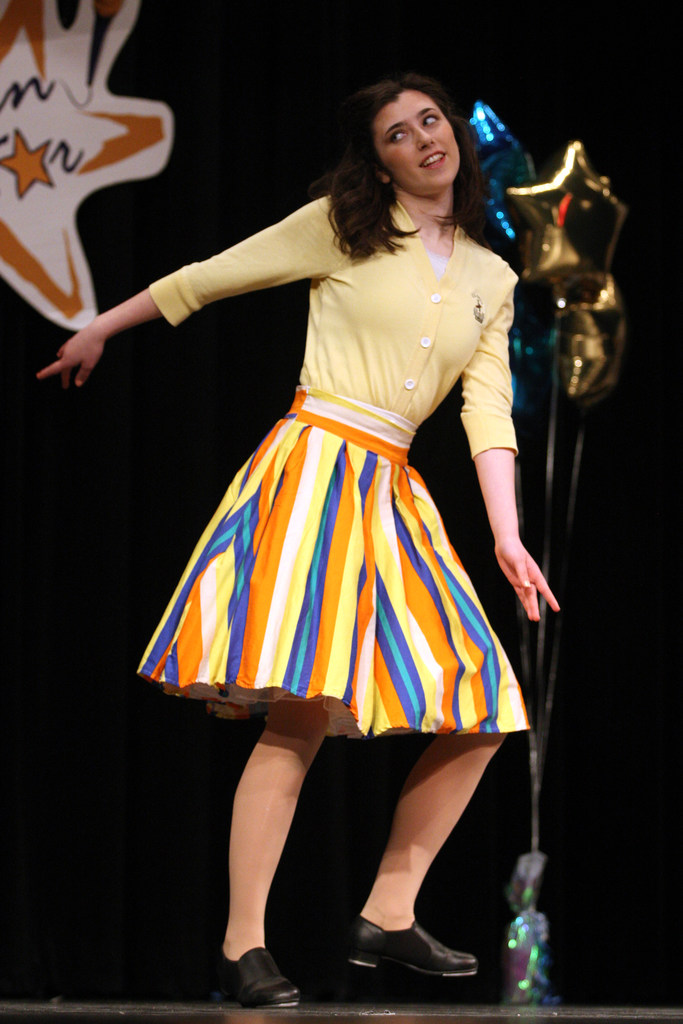 Emma McGraw of Sherman performs a tap dance routine during Sunday’s Northern Star competition in Houlton. McGraw was one of three adult finalists selected to move on to the regional competition. (Joseph Cyr)

During Sunday’s competition, the judges were impressed by the musical abilities of Carter in the junior event, which is for contestants 12 and under. Carter played the song “Irish Party in Third Class,” along to a pre-recorded piano track, which she also played.

“You sounded absolutely great,” Clark said. “My only suggestion, should you move on, is to look out at the audience a little bit more.”

McGraw, 16, of Sherman wowed the judges with her tap dance routine to the song “42nd Street,” from the 1933 Warner Brothers backstage musical film 42nd Street, complete with a poodle skirt.

“Sometimes when your soundtrack is big, you can’t always hear the tapping, but we could hear it really good,” Goetsch said. “I don’t think you missed one tap. The character, the costume, you did fantastic.”

Dow of Houlton performed an original rap composition, “New Us,” drawing rave reviews from judges for his pain-inspired piece that he composed just four days prior.

“You can tell through your passion in the performance, that this was very intense,” Harvell said. “You did a really, really good job. I’m impressed.”

Sixteen-year-old Boone of Patten, who was a finalist last year from the Houlton show, performed an acoustic version of Katy Perry’s “Firework,” adding her own unique spin on the tune.

“Amazing,” Clark said. “You have such a unique tone to your voice. I loved it.”

On Saturday evening at Presque Isle High School, Jared Blake, of Mapleton, was selected as the junior finalist for his clog dance routine. In the adult portion of the competition, MoonDance Tappers, a group of elementary, middle and high school students who come from MoonDance Studios, based in Presque Isle; singing duo Nicole Adams and Gordon Hastings, both of Presque Isle; and Mayce Kinney, of Presque Isle were selected to advance.

At the Fort Kent competition Friday evening, four Valley residents — Jennifer Raymond, Haidyn Saucier, Jenna Lynds and Scott Pelletier — earned a spot in the finale as a result of their performances. Saucier competed in the junior division. 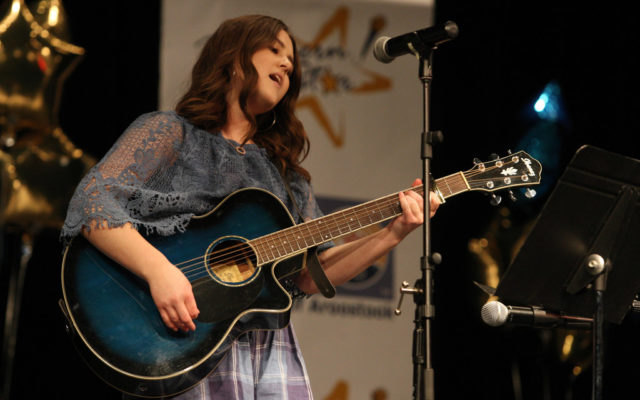 Hannah Boone of Patten performs during Sunday’s Northern Star competition in Houlton. Boone was one of three adult finalists to advance to the regional competition. (Joseph Cyr)

Just when we thought we were out of the woods with kitten season, it has hit full force.  The past few days have been difficult answering the phone and hearing the stories of why people have litters of kittens they need to surrender.
Campaign Corner END_OF_DOCUMENT_TOKEN_TO_BE_REPLACED