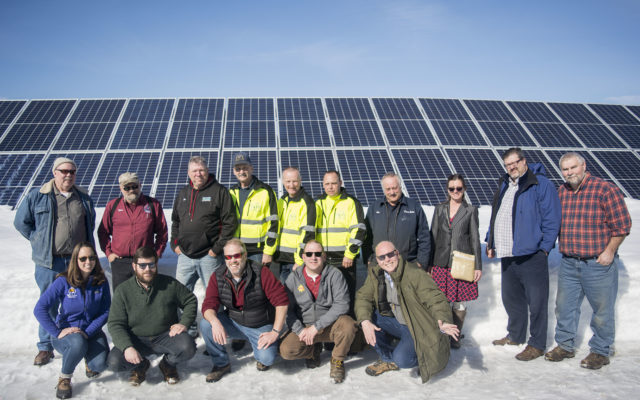 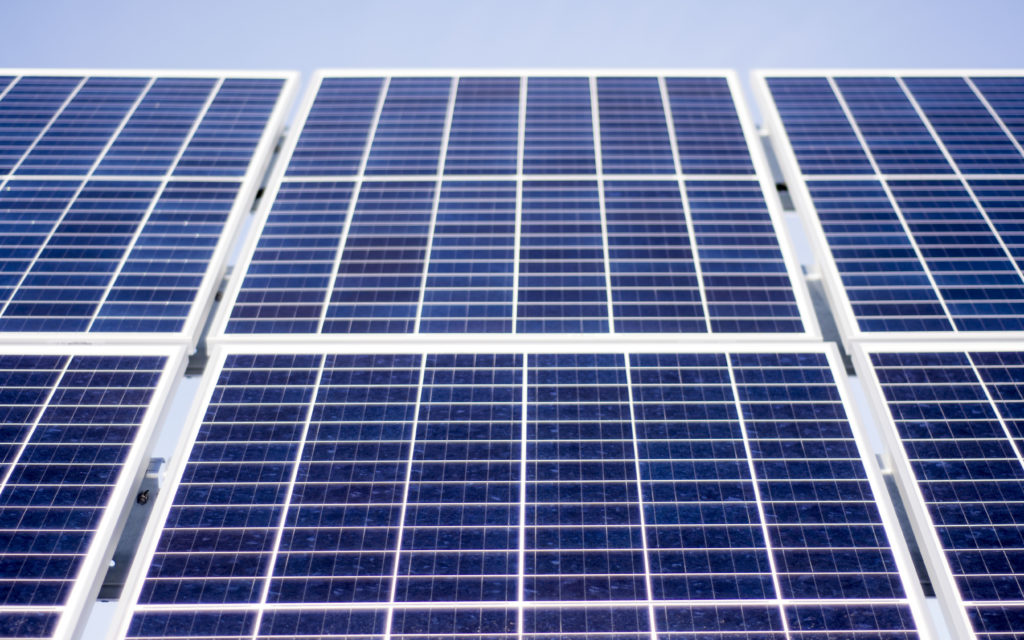 The Water and Sewer District, a quasi-municipal entity based in Limestone, already has saved more than $3,000 on energy costs with the solar panels in just three months, according to one official’s estimates.

Officials with the Limestone Water and Sewer District contacted ReVision Energy last year to head up the solar construction project. Then Aligned Climate Capital, an investor focused exclusively on clean energy and climate-friendly alternatives, was brought in to fund the project through a “power purchase agreement.” That allows the town to buy the electricity generated at the site at a lower cost than they would have otherwise paid Emera.

With the funding secured, ReVision Energy installed the solar arrays at no upfront cost.

Jim Leighton, Limestone Water and Sewer District superintendent, said the array has been up and running since Dec. 19, 2018, and that the panels already are producing more energy than initially anticipated. 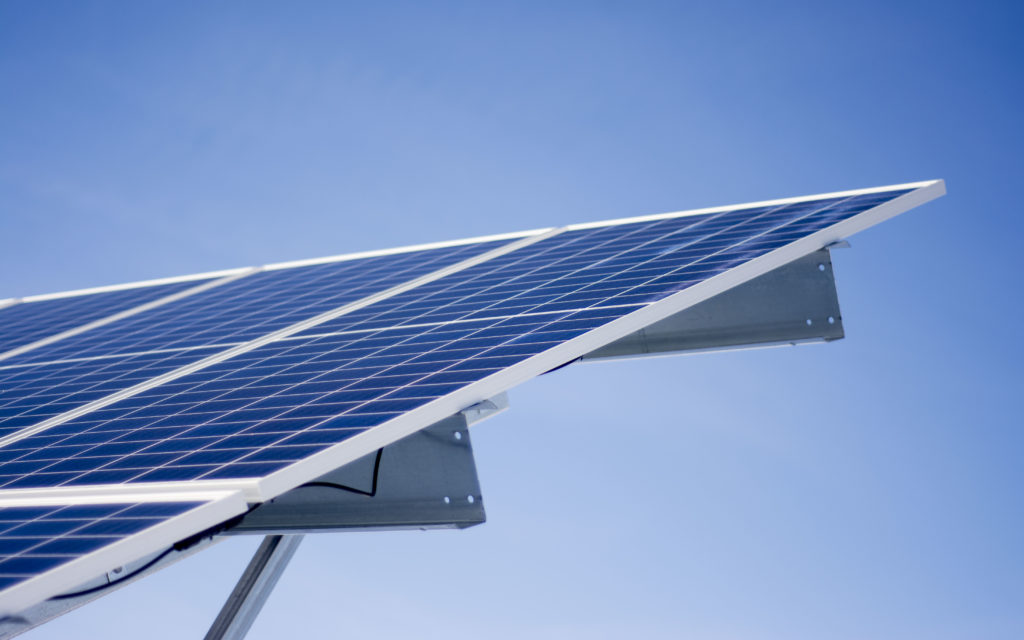 “I think any time we can use renewable energy to meet our energy needs,” she said, “it’s a great thing. The more we can do in this area for the town, the better.”

Chuck Kelley, a member of the Water and Sewer District Board of Trustees, echoed Leighton’s sentiments about production being higher than anticipated.

“We were looking at approximately five to six thousand a year in savings,” he said, “and right now it looks like we’re at about $3,300 for the first three months of the year.”

He said these initial projections are particularly good news since they are based on power generated during one of the worst periods of the year in terms of sunlight.

“I have to confirm a few things but that’s what it’s looking like,” he said. “Even if it’s off a little bit, it’s still pretty good.”

Kelley said that while the power purchase agreement could continue for 25 years, the district has an option in the contract to buy out the solar array after five years and own it outright at a discounted rate that would knock 40 percent off of the installation cost. 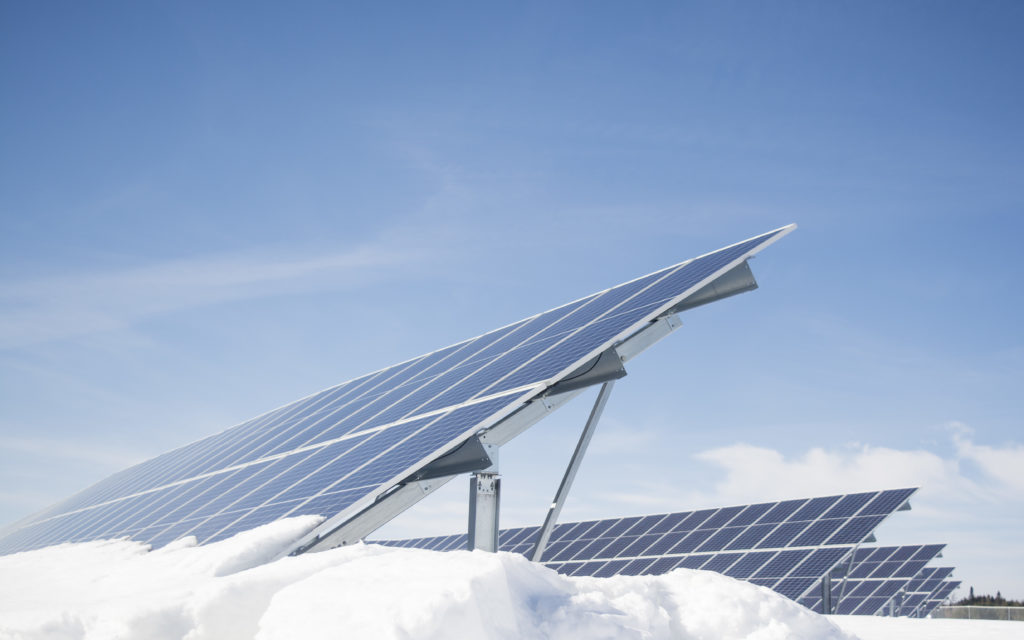 Between now and then, Kelley said the Water and Sewer District is going to put away the money saved via the array and use it toward that purchase.

The three and a half acre site also is within the district’s wellhead protection area, a zone where not many projects can be built due to the potential for spills and hazards. Solar arrays, however, are one of the few projects that can be built in this type of zone.

Representatives of the community, ReVision, and the water districts of neighboring towns, celebrated the success of the project in Limestone on March 14. Revision Energy employees made a presentation about the project to the group and then gave a tour of the array.

Holly Noyes, public relations manager at ReVision Energy, said the event was not only a celebration but also intended to get the word out to neighboring communities as well.

“Limestone Water and Sewer District wanted to host this event for other districts,” Noyes said, “as well as for people in other communities and other town officials. The presentation will cover different opportunities for water and waste treatment districts in nearby communities, so those officials can learn about the details of this project and how it came together.” 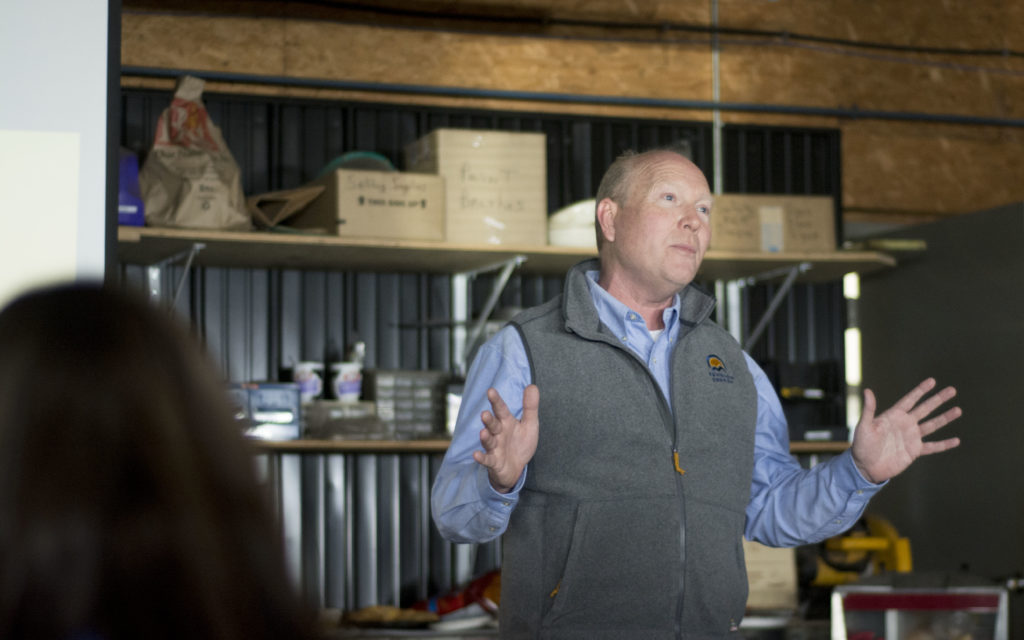 Kurt Penney, commercial solar consultant for ReVision Energy, spoke to members of the Limestone Water and Sewer District as well as official’s representing water districts of neighboring towns about the benefits of solar energy during a March 14 presentation. (Chris Bouchard)

Kurt Penney, a commercial solar consultant, began the presentation by giving a brief overview of ReVision Energy, a company that started about 15 years ago as “a couple of guys in a garage” and now employs over 250 people. The company, which is completely employee-owned via an Employee Stock Ownership Plan (ESOP), is a certified B Corporation, meaning that its mission goes beyond profit.

“We’re not just trying to sell more solar,” said Penney, “but also trying to change the paradigm. Our mission statement is to accelerate and lead the transition to a clean, renewable energy economy in New England, and I’d say we’re officially in northern New England today.”

Bryan Byrne, the project manager, said he was “one of those guys who started in the garage,” adding that it has been nice to see the company’s progression. Byrne then provided an overview of how the project came to fruition by showing the crowd photos taken during construction.

Everything began in a field where the former industrial park was located. Leighton and the Water and Sewer District crew mowed the field as the ReVision team scheduled to have materials delivered.

“We organized the materials and then staked out the field so a surveyor could come in,” Byrne said. “Then we brought in the big machines and started driving piles.”

After that, the crew took all of their organized materials and began to erect the structure.

Of all the pictures, Byrne said his favorite was of the main distribution panel indicating that the solar array was successfully drawing power.

Looking back on the project, Noyes said she and the ReVision team had “a great time working with the wonderful people here in Aroostook County.”

“Our team loved being up here,” she said. “We are looking forward to working with other water districts, and have been in early conversations with other municipalities as well regarding solar energy. We are more than excited to be working here in Aroostook County and helping Maine move forward as we look at solar energy.”

Next year's Caribou City Council will include a new member and a longtime councilor thanks to Tuesday's election.
Pets END_OF_DOCUMENT_TOKEN_TO_BE_REPLACED

I know many of you have followed DeeDee’s story. DeeDee had leukemia and was under vet care for the past few weeks. Early one recent morning, she lost her battle with leukemia.
What's Happening This Week END_OF_DOCUMENT_TOKEN_TO_BE_REPLACED