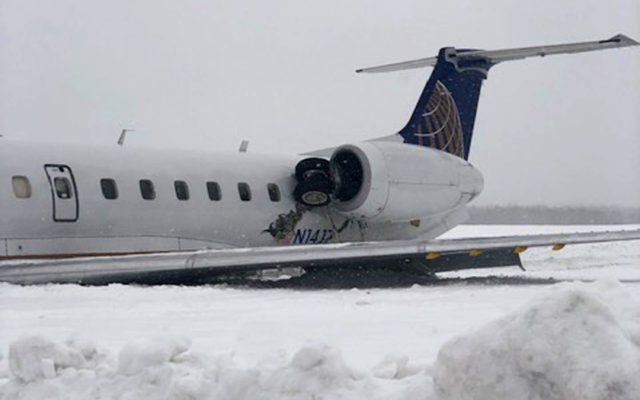 Staff Star Herald • March 29, 2019
The head of the agency that oversees the Federal Aviation Administration said Wednesday that the FAA is working with airport officials in Presque Isle to prevent a repeat of the accident that happened there on March 4.

The head of the agency that oversees the Federal Aviation Administration said Wednesday that the FAA is working with airport officials in Presque Isle to prevent a repeat of the accident that happened there on March 4.

“What happens next to ensure that this kind of preventable accident doesn’t happen again?” Collins asked.

“Your question is a good one,” Chao told Collins. “I will go and see, but [the FAA is] supposed to be working with the airport.”

See Senator Collins questions about the airport incident around the 2:07 mark of this video.

On March 4, a 50-seat Embraer 145 jet flying in to Presque Isle International Airport from Newark, New Jersey, with 31 people on board, missed the runway on its approach, roughly landing and coming to a stop in the snowy field to the right.

A photo of the plane taken by one of the passengers, Cassie Daigle of Fort Kent, shortly after the landing shows part of the landing gear embedded in one of the engines. Her husband Rick Daigle described the landing as “hard and violent.”

The radar tracking system shows that the plane was aligned right of the runway during both its first approach, when the pilot decided not to land, and the second approach when it did touch down, according to investigators with the National Safety Transportation Board. The brief NTSB Aviation Accident Preliminary Report, released on March 21, indicates that the aircraft “landed between runway 1 and taxiway A in light to moderate snow.”

Investigators did not say what caused the plane to miss the runway, and provided no other information. A full report with an analysis and conclusion of what led to the accident is not expected to be completed and issued for about a year.

In response to Collins’ question about preventing similar accidents in the future, Chao said during the March 27 hearing that ground-based instrument landing systems in severe weather regions of the country “are affected by the snow and the accumulation of snow.”

She said satellite-based systems are much better and that “the FAA is supposedly working with the Presque Isle airport on investments in both systems and … to take advantage of both types of technology.”

It is unclear what landing and navigation systems are in place at the Presque Isle airport, or whether they had anything to do with the accident. Officials there did not immediately respond to requests for more information on Thursday and a spokesperson for the airport previously referred questions about the accident to the NTSB.

The FAA website discusses how technology continues to improve the way pilots navigate.

“In the 1940s, the National Airspace System operated primarily on fixed routes and procedures supported by legacy ground-based navigation aids. In the early 1990s, additional capability was added when the FAA approved Global Positioning System (GPS) equipment for use.

While these systems safely guided countless flights over the years, “navigation technology must continue to evolve to meet growing demands …”

To meet the challenge, the FAA is transitioning to new systems enabled primarily by satellite navigation that can greatly improve precision and accuracy in all phases of flight.

Next year's Caribou City Council will include a new member and a longtime councilor thanks to Tuesday's election.
Pets END_OF_DOCUMENT_TOKEN_TO_BE_REPLACED

When I wrote the first story of our dog Odie, I didn’t know that I would write a Part 2, but there were so many more stories that I decided more of this little dog’s story needed to be told.
What's Happening This Week END_OF_DOCUMENT_TOKEN_TO_BE_REPLACED