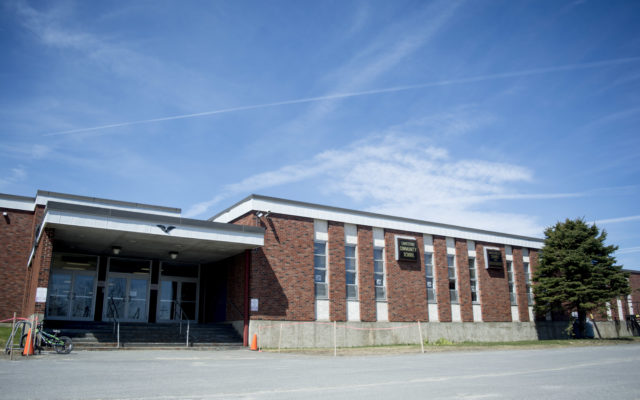 Chris Bouchard • May 1, 2019
U.S. News & World Report’s annual ranking of high schools rates the Maine School of Science and Mathematics the best in the state and second best in the country.

U.S. News & World Report’s annual ranking of high schools rates the Maine School of Science and Mathematics the best in the state and second best in the country.

The Limestone magnet school came in second out of 17,245 schools in 50 states and the District of Columbia, just behind the Academic Magnet School in North Charleston, South Carolina, and ahead of BASIS Scottsdale in Scottsdale, Arizona.

The school of about 145 students is “rightly thrilled about the marvelous U.S. News and World Report educational ranking,” MSSM Executive Director David Pearson said Wednesday. The impressive ranking reflects “what is, and always will be, a team effort at the school.” 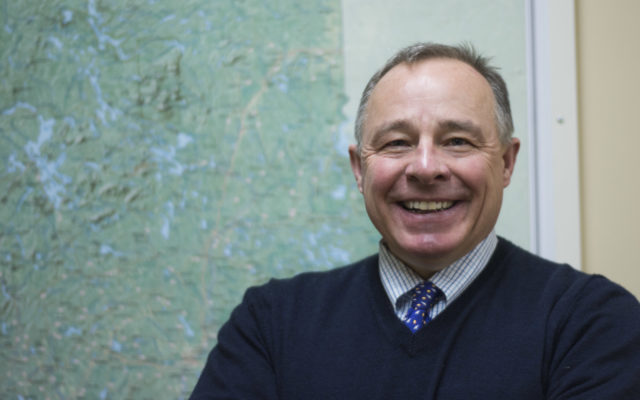 Maine School of Science and Mathematics Executive Director David Pearson said the school’s recent second place national ranking was not only “an MSSM success story, but one for our entire great state of Maine.”
(Chris Bouchard)

“We are deeply grateful for the tireless efforts of our staff who teach, coach, advise, and nurture our extraordinary students,” he said, “and also for the continued support of their parents and the many school districts throughout the years who educated them throughout their formative elementary and middle school years.

“Quite simply,” he added, “this is not just an MSSM success story, but one for our entire great state of Maine.”

Dean of Enrollment Alan Whittemore, who has been at the school since it first opened a quarter of a century ago in 1994, said it is hard to describe how pleased he and others at the school are at the achievement.

“I’d be remiss not to mention the support of student families,” Whittemore said. “They’re sending their loved ones off to Aroostook County, a little dot on the map, and trusting us to take care of them.”

Whittemore said he’s looking forward to the “number one” national ranking next year. 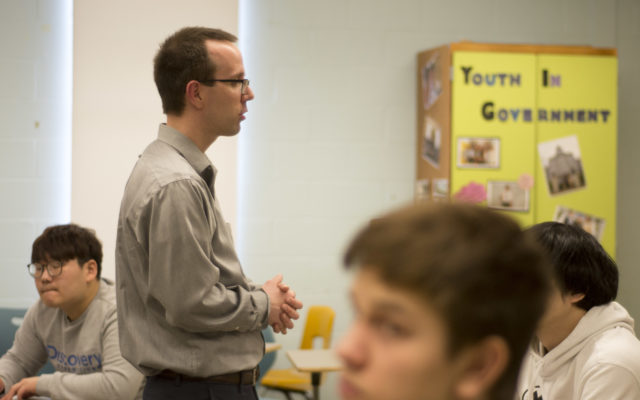 MSSM U.S. History teacher Daniel Melega discusses the origins of the Cold War with a class on May 1. U.S. News & World Report’s latest annual ranking of high schools rates the Maine School of Science and Mathematics in Limestone the best in the state and second best in the country.
(Chris Bouchard)

The U.S. World and News Report ranking looks at five factors in assessing schools across the country and MSSM tied for first in three of them — college readiness, math and reading proficiency, and math and reading performance. The northern Maine school ranked 71st in the college curriculum breadth index and 6,615th for graduation rates.

Overall, the school received a 99.99 out of 100 ranking by the media organization.

“It’s wonderful, in my view, that the limelight is now on us in respect to rankings and score reports,” said Daniel Melega, who teaches U.S. History at MSSM, “but I would say that education ultimately isn’t about test scores. I would argue that the ranking, test scores, and metrics they used will allow us to talk about the other things we are doing here, which I would say are even more important.”

One of the school’s major advantages, according to Melega, is the atmosphere cultivated by its talented students.

Melega taught from 2009 to 2015, then left for graduate school for two years, and said it was the students that ultimately motivated him to return. 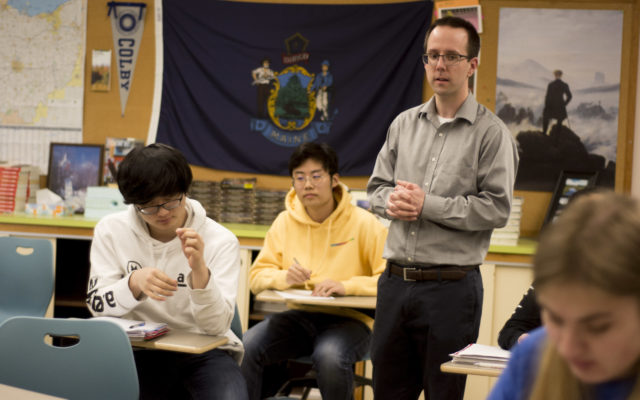 MSSM U.S. History teacher Daniel Melega discusses the origins of the Cold War with a class on May 1. U.S. News & World Report’s latest annual ranking of high schools rates the Maine School of Science and Mathematics in Limestone the best in the state and second best in the country.
(Chris Bouchard)

“They’re motivated. They’re energetic,” he said. “They’re gifted, talented, and interested in learning, but most of all they’re caring individuals. They’re young men and women who look out for one another. One of the reasons they’re so successful is because they work collaboratively.”

He said it’s not uncommon for upperclassmen to tutor or help their younger peers, and that while he may be responsible for some student improvement, it’s mostly “the students themselves conducting peer revisions and working together in the dormitories.”

Another aspect of the school that both Pearson and Melega highlighted is the state’s funding of academic tuition costs for in-state students. Maine residents pay no tuition to attend the magnet school, but do pay room and board, which totaled $9,300 for the 2018-2019 school year. Students coming from outside Maine paid about $48,600 for tuition, room and board, and a host-family fee for the 2018-2019 school year.

“We owe a very special gratitude to the Maine Legislature for providing the financial support for our academic and extra-curricular programming,” said Pearson.

“There is a room and board fee,” said Melega, “but financial aid is available for families who may be eligible.”

He suggested that parents interested in sending their sons or daughters to MSSM contact the school and ask about their options. 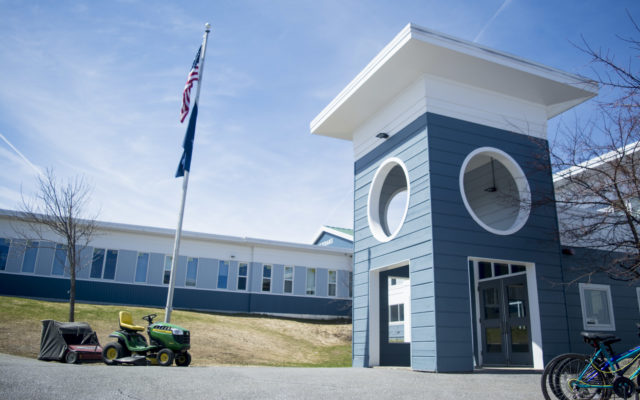 Students from in and out of the state attending the Maine School of Science and Mathematics live in a dormitory next to the school on High Street in Limestone. U.S. News & World Report’s latest annual ranking of high schools rates MSSM the best in the state and second best in the country.
(Chris Bouchard)

“We have great people in our office who can help families navigate through their options,” he said.

MSSM senior Jack Kang said that while he is “very impressed” with the ranking, he felt the metrics used were lacking in comparison to what “really represents the school.”

“I think a lot of people are really here to learn,” said Kang, “not just to get good test scores, but because they have a passion for learning.”

“I think it’s about time we are recognized for the accomplishments we’ve made as a small school in northern Maine,” he said. “Not a lot of people expect much from a school in this area, so I think it’s a good chance to raise publicity and also to get more students enrolled, which has unfortunately become a problem recently.”

Kang said that while each teacher has a specific pedagogic style, they “are all passionate about their students.” And with an average student-to-teacher ratio of 8 to 1, this close academic relationship, according to Kang, plays a significant role in student success.

MSSM staff also work to foster an environment in which students are free to explore numerous areas of math and science, and even create their own clubs. Kang’s interest in computer science motivated him to start a machine learning club, which the school completely supported.

“[The machine learning] club has been gaining popularity over the years,” he said, “and we received funding for a big workstation to use for computations that wouldn’t be possible on a regular computer. They’re always open to listening to students.”

He said that while the ranking emphasizes student test scores, MSSM is also valuable because it is “in every sense, college preparatory.”

“We live in a dorm in such a small group, isolated from the rest of the world,” he said, “and it almost battle hardens you. I’ve heard from last year’s seniors who are now in college that it’s a lot easier for them. Living in dorms in a high stress environment really prepares you for every part of college life.”

Melega said that while exams and finals can be stressful for students, it is one part of the MSSM experience, which can also be “filled with great excitement, adulation, and happiness.” For him, the eagerness of his students to learn motivates him to continue his work.

“They laugh at my jokes sometimes,” he said, “but I like to think that I learn more from them than they learn from me.”

It was a freezing day across The County, but you could hardly tell from the turnout. Even after a massive surge in absentee ballot requests across the Central Aroostook area, droves of people came out to vote in Presque Isle, Mapleton, Washburn and Fort Fairfield.
Pets END_OF_DOCUMENT_TOKEN_TO_BE_REPLACED