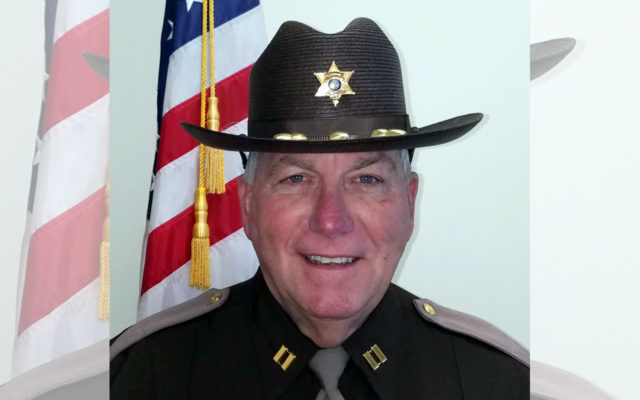 Joseph Cyr • May 9, 2019
The Houlton Town Council will be one member short Monday evening when the group will be presented with a letter of resignation from councilor Terry “Joe” McKenna.

HOULTON, Maine — The Houlton Town Council will be one member short Monday evening when the group will be presented with a letter of resignation from councilor Terry “Joe” McKenna.

He was elected to the council in November 2018 and his term does not expire until 2021. McKenna’s wife Marty is also resigning from the town’s planning board. The couple, who have lived in Houlton for the past five years, have decided to return to their native state of Florida.

According to Houlton Town Clerk Cathy O’Leary, McKenna submitted his letter of resignation Tuesday, May 7. The board will advertise the vacancy on the council and fill that position on an interim basis until the November election. The resignation is effective June 1.

McKenna served as Houlton’s police chief from Jan. 3, 2014, until Aug. 5, 2016, before stepping down from that position. He then joined the Aroostook County Sheriff’s Office in March 2017 as the division commander, a position he held until retiring for the second time in law enforcement in December 2018.

“My wife and I decided that once I retired (from the ACSO), and the cost of living being very high with the taxes, that when an opportunity came up for us to move back to central Florida we had to take it,” McKenna said Thursday afternoon. “This past winter was also very hard.”

McKenna was a 38-year veteran of law enforcement and resided in Winter Garden, Florida, before coming to Houlton. At the time of his hiring, he was retired from full-time work in law enforcement, but did some reserve work.

McKenna said the decision to leave was not an easy one, especially since he was only elected to the council six months ago.

“We have become very attached to this town,” he said. “There are a lot of good folks here. But in the long run, it was a joint decision that this is what we wanted to do. Things happen for a reason, and the opportunity was right.”

The McKennas home was only on the market one week when the couple had two families interested in purchasing. It is now under contract.

McKenna stressed his decision to leave was in no way a reflection of any dissatisfaction with the Houlton Town Council.

“This decision was purely for family,” he said. “We have absolutely no regrets.”

On Thursday, Rep. Harold “Trey” Stewart III, R-Presque Isle, announced he will run for a state Senate seat in the 2020 legislative election -- an important change for one of the most powerful representatives in the Maine House.
Pets END_OF_DOCUMENT_TOKEN_TO_BE_REPLACED