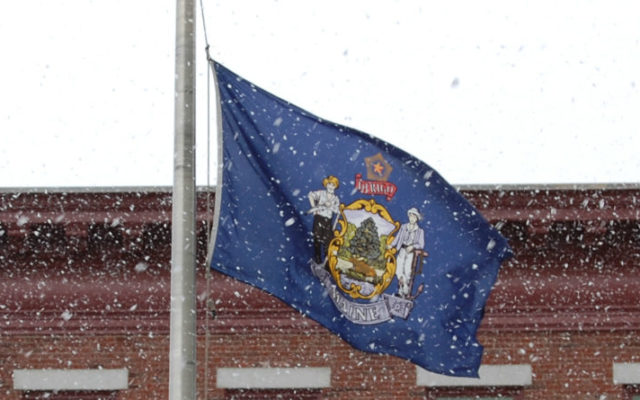 It’s a long shot, but a record-breaking snow could fall over Bangor on Tuesday

Chris Burns • May 13, 2019
If you’re up early enough Tuesday morning, you could wake to see a sight that you thought was behind us: snow.

If you’re up early enough Tuesday morning, you could wake to see a sight that you thought was behind us: snow.

But don’t worry. Meteorologists say it’ll be gone with the sunrise.

The bullseye of the storm will center on Katahdin and higher elevations, with up to 6 inches expected to fall over Maine’s highest peak, according to Rich Norton, a meteorologist with the National Weather Service in Caribou.

Greater Bangor could see half an inch to 1 inch, while Caribou could see less than half an inch, Norton said. Accumulation could be higher in the Millinocket area, where up to 3 inches is forecast.

If Bangor sees an inch of snow, that would be the latest that the Queen City has seen an inch of accumulation since May 11, 1963, according to NBC affiliate News Center Maine.

But Norton said that snowflakes will likely melt as soon as they hit the ground, though noticeable accumulation is possible on grassy areas. By the morning commute, it’ll be mostly rain and the only evidence of snowfall could be a little slush on the roads.

Elsewhere in Maine, measurable snowfall will be restricted to the mountains above 2,500 feet, but a light coating is possible on grassy areas toward the coast, according to the weather service office in Gray.

Yes, there will be some snow tonight , but most places that will see measurable accumulations will be above 2500 feet. However, a coating is possible on grassy surfaces between 1500 and 2500 feet. In all other areas away from the coast, you could see some wet snow flakes. pic.twitter.com/FONlhCe9o4

The temperatures overnight will be the mid- to upper 30s for Greater Bangor up to the crown of Maine, according to Norton. The daytime high for the Bangor area will be about 40 degrees, with a high of 41 to 42 degrees in Millinocket and a high in the mid-40s for Caribou.

The week will begin mostly sunny on Monday. A storm system spreading rain into southern areas Tuesday and light rain further north Tuesday night into Wednesday may be cold enough for some wet snow to mix in, especially over the higher elevations well inland. #mewxpic.twitter.com/WfluKQDC4V

Temperatures going into the weekend will be markedly cooler than last week, according to the weather service.