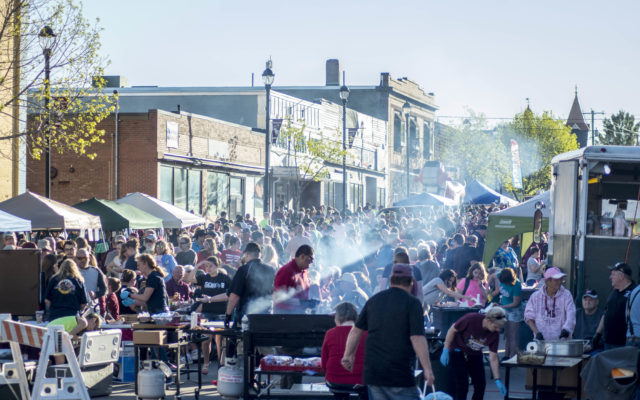 Hundreds come out for Thursdays on Sweden kick-off

Chris Bouchard • June 11, 2019
Thursdays on Sweden kicked off on June 6 with “Vikings Night,” in honor of the Caribou Vikings school sports team, and many of the several hundreds of guests wore maroon and white to celebrate their local team.

CARIBOU, Maine — Thursdays on Sweden kicked off on June 6 with “Vikings Night,” in honor of the Caribou Vikings school sports team, and many of the several hundreds of guests wore maroon and white to celebrate their local team.

The event also featured a tractor train, burgers and fries courtesy of the local fire and police departments, music from the band French Toast and drinks served courtesy of the Warehouse Bar & Grill.

Sweden Street was closed off from 6 to 9 p.m. with the help of the Public Works Department and dozens of vendors lined each side of Caribou’s downtown.

The “Float Your Boat” booth featured Isaiah Rodriguez and his mother Leah Rodriguez, who did face painting and sold root beer floats so Isaiah could attend a camp hosted by the Presque Isle Wesleyan church.

“I’ve been to the camp before,” said Rodriguez, “but this year I wanted to raise money and pay for it myself.” 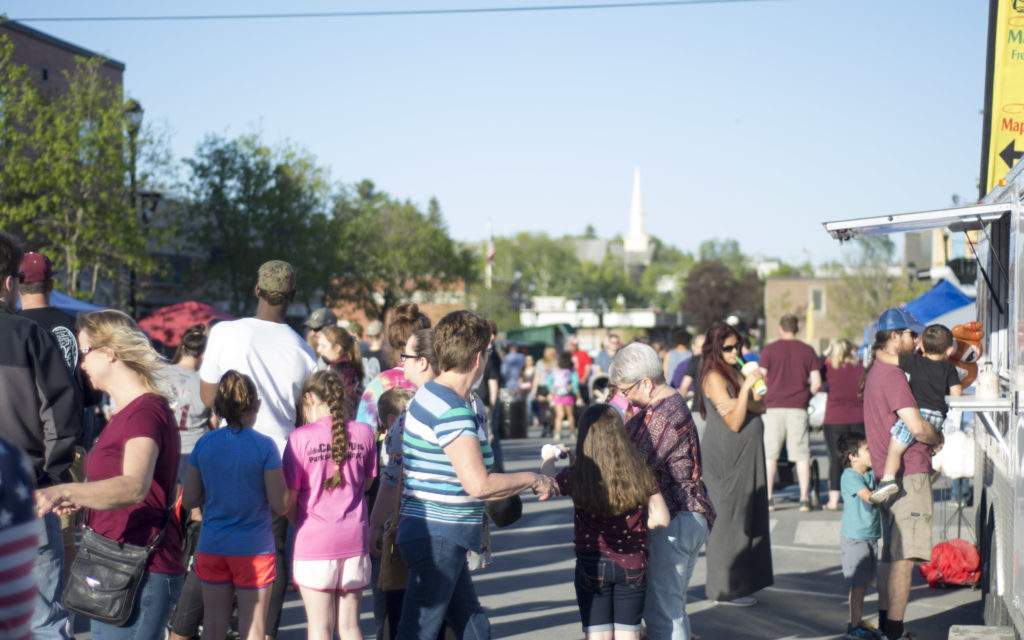 Hundreds came out for the June 6 Thursdays on Sweden kick-off event in Caribou.
(Chris Bouchard)

In addition to the traditional root beer float, the 13-year-old sold drinks with a nautical theme. Orange soda and vanilla ice cream, for example, was called “Guppy,” and the sprite and sorbet drink was called “Sailor’s Dream.”

“We came up here from Texas and have been traveling around the states,” he said, “and when we were going through Pennsylvania I had this idea that I could make some money at Thursdays on Sweden to go to my camp.”

Rodriguez said he’s “gotten a ton of donations” so far and that while June 6 was his first appearance at the street festival, he plans on attending the rest.

Leah also helped her son by offering face painting, something she’s been doing at Wintergreen for about five years.

“His camp starts in July,” Leah said, “but he’s also homeschooled, so he wants to use whatever is leftover from his money for a laptop, which would make traveling the country much easier.”

“This was all his idea,” his mother concluded. “I’m just here for support. He said he wanted to raise money for camp himself and I said ‘go for it.’”

Farther down the street the Aroostook Team Leadership Camp sold fried pickles, poutine and a plethora of food to raise money for their program. 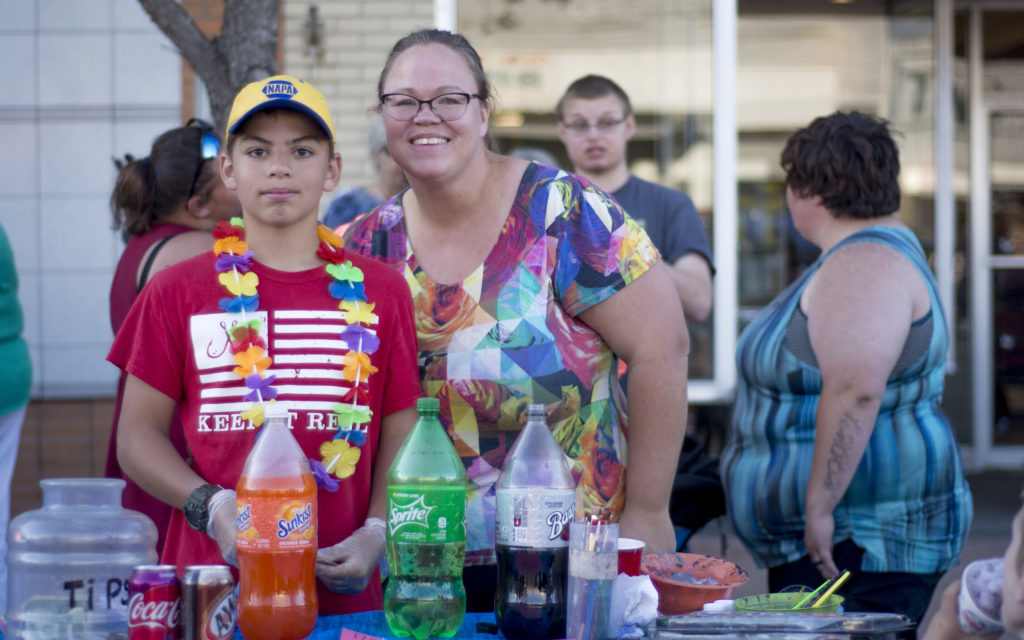 ATLC program coordinator Amber Stedt said they serve teens from all around Aroostook County, and that their summer camp will take place at UMFK from July 21 to 25.

“We have 53 campers signed up from all over Aroostook this year,” she said, “and they basically learn about prevention as well as leadership, decision making, and do a little soul seeking throughout. We also bring in motivational speakers from all over the country to speak to the kids.”

Stedt added that ATLC is now 33 years old, and that she even attended when she was in eighth grade.

“Our program is based on grants that I write,” she said. “We love being at Thursdays on Sweden and we love the atmosphere here. It’s helping us out.

This is ATLC’s fifth year at Thursday’s on Sweden, and Stedt said she and other members of the program like to see new faces and that they always enjoy the live music.

“This is great,” she concluded. “There are so many people and it’s really the kick-off for the Summer.”