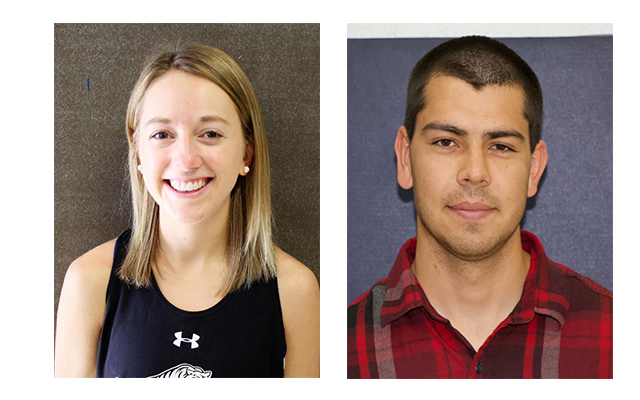 Graham, who will coach the girls squad, is a 2016 graduate of PIHS, where she was a four-year varsity letter winner in cross country and track and field and also was a member of the Nordic ski team.

Graham also ran cross country at the University of New England in Biddeford for one year.

She attends the University of Maine at Fort Kent and is a member of that school’s track and field team.

Nunez, the new head coach of the boys cross country team, is a 2014 PIHS graduate. He was a four-year member of the cross country and baseball teams.

Nunez played both sports at the University of Maine at Presque Isle and the 2018 graduate was named the United States Collegiate Athletic Association Baseball Student-Athlete of the Year as a senior last year.

Nunez is employed by PNM Construction in Presque Isle and serves as a volunteer firefighter for the Mapleton Fire Department.

He resides in Mapleton and is engaged to Kristen Westrack. The couple will be married in August.

June is generally a month that also marks the height of “kitten season,” when large litters of kittens are born and often end up in animal shelters.   Luckily, here at the Central Aroostook Humane Society, we have seen a dramatic drop in the cat population over the past five years, mostly due to our spay and neuter program.
What's Happening This Week END_OF_DOCUMENT_TOKEN_TO_BE_REPLACED