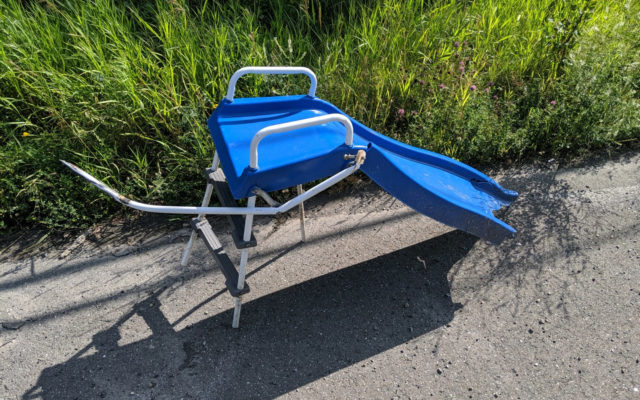 Nina Mahaleris • August 7, 2019
The Presque Isle Police Department is asking for the public’s help in identifying a black pickup which allegedly damaged another vehicle over the weekend when a children’s slide went airborne and struck oncoming traffic.

PRESQUE ISLE, Maine — The Presque Isle Police Department is asking for the public’s help in identifying a black pickup which allegedly damaged another vehicle over the weekend when a children’s slide went airborne and struck oncoming traffic.

Police described the incident on a Facebook post on Tuesday morning, Aug. 6, stating that the truck was travelling to Presque Isle from Mapleton on Route 163, shortly after 3 p.m. on Saturday, Aug. 4, when the blue plastic slide fell off and caused damage to an oncoming car.

PIPD also stated that the truck was hauling a trailer with a lawn mower on it at the time of the accident.

The department posted photos of the vehicle in question and asked citizens with information about the incident to contact them at 764-4476. 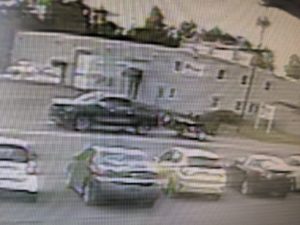 Police are searching for the black GM truck in this photo which allegedly caused damage to an oncoming vehicle when a plastic slide apparently fell off the back on Rt. 163 over the weekend.
(Photo courtesy of Presque Isle Police Department).

Maine is more than eight months into Medicaid expansion under the federal Affordable Care Act and trends around who is enrolling and where they live are starting to emerge, bucking some expectations and pointing out access challenges.
Pets END_OF_DOCUMENT_TOKEN_TO_BE_REPLACED