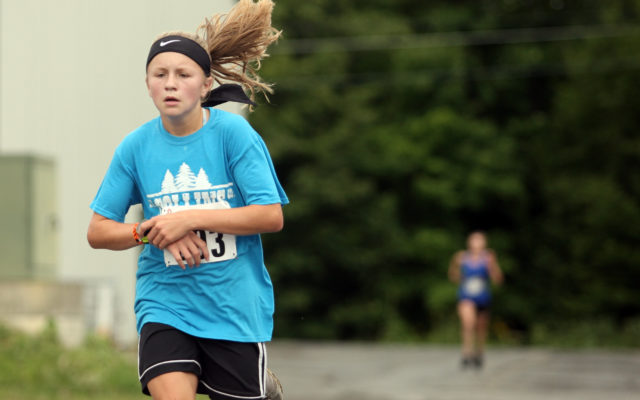 Joseph Cyr • August 12, 2019
A group of 59 runners and walkers gathered Sunday morning to honor the memory of a fallen soldier during the fifth annual SFC Aaron Henderson Memorial 5K.

HOULTON, Maine — A group of 59 runners and walkers gathered Sunday morning to honor the memory of a fallen soldier during the fifth annual SFC Aaron Henderson Memorial 5K.

Teanne Ewings of Houlton was the top race finisher as she cruised over the cross-country style course in 19 minutes, 4.2 seconds. Grace Graham of Amity was a close second at 19:12. Jason Russell of Amherst was the first male finisher at 19:57.9. 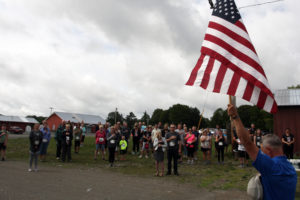 Participants in the SFC Aaron Henderson Memorial Run stand at attention for the playing of the National Anthem Sunday morning in Houlton. (Joseph Cyr image)

“We want to thank everyone for joining us today,” said Jonathan Kelley of Competitor ME. “I have searched for the right words to put today into perspective and it’s tough. Words like honor, courage, warrior and hero come to mind, but don’t seem enough to convey the weight of today.”

“Many of you are here today because you knew Aaron and the entire weekend has been about carrying on his legacy,” Kelley said. “There have been lots of great memories shared over laughs and tears.”

Kelley presented No. 1 running bibs to Henderson’s mother Christine, brother Sam and sister-in-law Kiley Henderson prior to the start of the race. 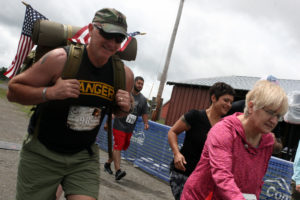 In addition to the 59 runners and walkers at Sunday’s event, an additional 100 walkers and runners signed up as “virtual runners” representing 20 different states.

The complete results can be found at the Competitor ME website. 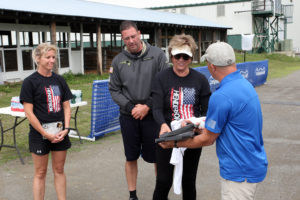 Johnathan Kelly, right, of Competitor ME, presents race bibs to Christine Henderson, along with her son Sam and his wife Kiley prior to the start of Sunday’s SFC Aaron Henderson Memorial Run in Houlton. (Joseph Cyr image) 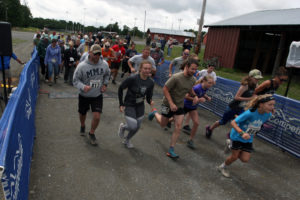 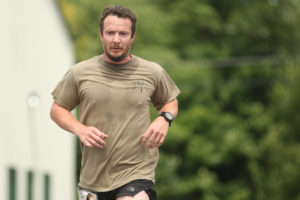 Maine is more than eight months into Medicaid expansion under the federal Affordable Care Act and trends around who is enrolling and where they live are starting to emerge, bucking some expectations and pointing out access challenges.
Pets END_OF_DOCUMENT_TOKEN_TO_BE_REPLACED