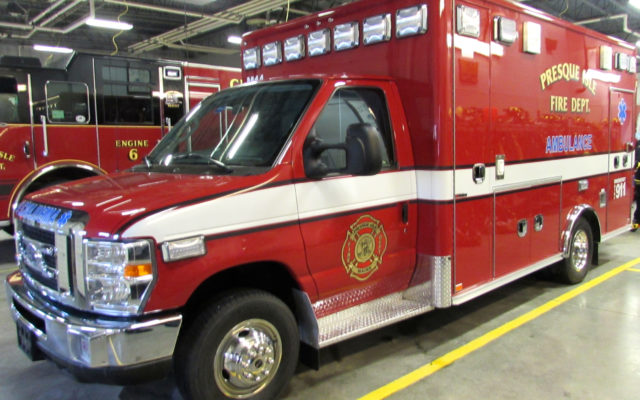 Hospital officials said Thursday, Aug. 22, the decision to end the 911 service of Northern Light Medical Transport, formerly known as Crown Emergency Care, for Aroostook County was influenced by many central Aroostook towns either forming their own ambulance services or contracting with larger communities.

Northern Light Medical Transport will still offer 911 ambulance services for their coverage areas in Penobscot, Piscataquis and Somerset Counties. Officials from Northern Light A.R. Gould Hospital stated that the changes in 911 services only apply to Presque Isle and surrounding communities.

Since 2017, the city of Presque Isle has utilized its own ambulance service through the fire department and now provides coverage for Fort Fairfield. The town of Fort Fairfield voted not to renew its contract with Northern Light Health as of May 1.

In January 2019, the towns of Wade and Washburn also dropped Northern Light in favor of splitting coverage between the Presque Isle and Caribou fire departments. Town managers in both communities cited lower annual costs and potential quicker response times as factors in their decisions to partner with other municipalities.

Northern Light A.R. Gould Hospital CEO Greg LaFrancois said the hospital has concluded that there has not been a sufficient number of 911 calls to maintain two ambulance services — Northern Light Medical Transport and Presque Isle Fire and Ambulance — in the region. He said that moving forward, the hospital will focus on providing critical care transport service for patients who require treatment at hospitals downstate and transfer services between local facilities.

“We are continuing to work out the details as to whether this service will operate under Northern Light AR Gould Hospital or under another Northern Light Health entity,” LaFrancois said. “More details will be released as soon as they are available, but residents should rest assured that this service is not ending.”

Presque Isle Fire Chief Darrell White stated Friday he has not yet heard from other town managers or fire chiefs about future options for 911 services, but said his department would be more than willing to meet with other communities if those types of discussions arise.

“I know that the town managers will be getting together to talk about what might be the most viable options for everyone,” White said. “If anyone wanted to come to us with suggestions, I know the [Presque Isle] city council would want to hear from them.”

Only one member of Maine’s congressional delegation had come out in favor of impeaching President Donald Trump ahead of House Speaker Nancy Pelosi’s Tuesday announcement that the Democratic-led House of Representatives would begin an impeachment inquiry.
Pets END_OF_DOCUMENT_TOKEN_TO_BE_REPLACED

We think a cat can make for the best pet in the world. To truly love a cat, you must learn to accept them for what they are -- unpredictable and quirky, which is something unique and unlike any other pet.
Campaign Corner END_OF_DOCUMENT_TOKEN_TO_BE_REPLACED