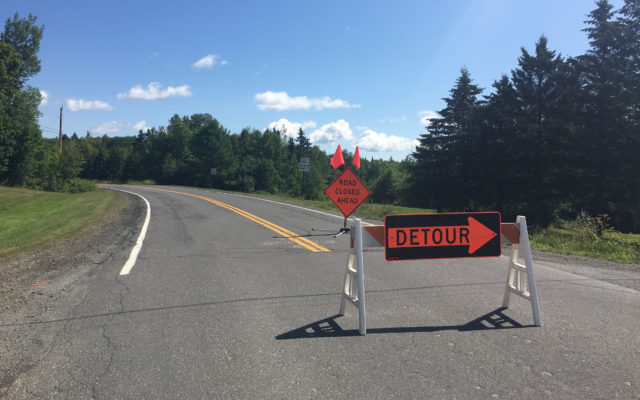 Nina Mahaleris • August 29, 2019
The deaths of two men found fatally shot in a pickup truck in Castle Hill have sparked a culture of fear and uncertainty as residents still don’t know what actually took place during the early morning hours of Aug. 13.

CASTLE HILL, Maine — The deaths of two men found fatally shot in a pickup truck in Castle Hill have sparked a culture of fear and uncertainty as residents still don’t know what actually took place during the early morning hours of Aug. 13.

What some neighbors and authorities initially believed to be a collision between a pickup truck and an ATV was soon dismissed after Maine State Police announced around 10:30 a.m. the same day that detectives were investigating a double homicide.

Route 227, also known as State Road in Castle Hill, was blocked off for hours while authorities searched for clues about what had led to the men’s deaths.

Maine State Police told residents to be “aware of their surroundings” and to report any suspicious activity.

On Wednesday, Aug. 14, Maine State Police increased patrols in both Castle Hill and the neighboring town of Mapleton.

An unsettling mix of fear and confusion made its way through both towns as people tried to sort out details — or lack thereof —  in the case. People took to Facebook to voice their fears over what had happened just hours before.

“Aroostook County isn’t a safe place to live anymore and the killer is still on the loose,” wrote Britany Dubois, a longtime County resident, on Facebook.

Law enforcement agencies have released little information about the case since beginning their investigation more than two weeks ago. On Thursday, Aug. 29, Stephen McCausland, spokesman for the Maine Department of Public Safety, confirmed that the investigation is still underway and that no one is charged with murder in connection with the case yet.

“There has been an incredible amount of work done by state police, the sheriff’s department and all the other agencies … that work continues with the goal of finding whoever is responsible for these deaths,” he said.

Evidence related to the case is still being examined at the Maine State Crime Lab in Augusta, McCausland said.

State Police have not released any new information about the case since announcing a $2,000 reward through Aroostook County Crime Stoppers on Aug. 17, in exchange for information about anyone who may have been involved in the killings.

“There are pieces of this puzzle all over the place and although I understand law enforcement has a job to do and there is a lot going on behind the scenes that the public isn’t aware of, we have a right to know what we need to do to be safe. We have a right to know details,” one Castle Hill resident, who would only speak anonymously due to fear of retribution, said on Aug. 20.

Dubois, from Madawaska, shared in some of her fellow County residents’ concerns. She spoke about a fear that similar incidents rarely seen in the past are now becoming more frequent in the area.

“This is way too close to home,” Dubois said. “Things like this don’t happen around here.”

This story will be updated as more information becomes available.

Forbidden foods for our four-legged friends are many and can be very dangerous if ingested. Sometimes, we give our pets leftovers or what we consider treats. According to many sources, some human foods can make an animal very sick, and in certain cases can even be lethal.
What's Happening This Week END_OF_DOCUMENT_TOKEN_TO_BE_REPLACED