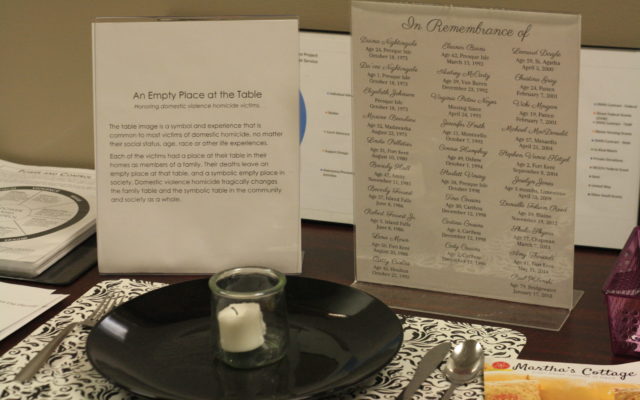 Melissa Lizotte • September 6, 2019
In 1979, the year that the Aroostook County-wide organization Hope & Justice Project was founded, domestic violence was not an issue that people often discussed publicly or as part of community prevention efforts.

PRESQUE ISLE, Maine — In 1979, the year that the Aroostook County-wide organization Hope & Justice Project was founded, domestic violence was not an issue that people often discussed publicly or as part of community prevention efforts.

“Domestic violence was still something that people thought should be dealt with quietly, amongst the family,” said Tammy Albert, director of prevention, education and training for the Hope and Justice Project, whose home office is in Presque Isle. “In the beginning, it was a struggle to bring more awareness into the community.”

Last year the Hope and Justice Project provided more than 4,000 overnight stays for more than 100 individuals in emergency shelters in central, northern and southern Aroostook County, in addition to more than 3,000 hours of advocacy to shelter residents.

In general they provided more than 9,000 hours of advocacy services to 1,000 individuals and family members affected by domestic violence.

The Hope and Justice Project was founded two years after the Maine Coalition to End Domestic Violence was established. Before that time, a group of volunteers in Aroostook County worked together informally to provide emergency crisis intervention and advocacy.

“That year was when a group of interested people met to explore the need for family violence services in Aroostook County,” Albert said. “Before our organization was founded, individuals who needed shelter were sent to the closest shelter in Bangor.”

In 1979 the Hope and Justice Project began as the Aroostook Task Force on Family Violence, Inc., relying on a small staff of one part-time executive director and 10 volunteers, who provided victims with shelter at a local hotel.

The 1980s saw the creation of shelters in central and southern Aroostook and outreach services in the St. John Valley.

The organization became the Battered Women’s Project in 1989 and has since grown to include a shelter in the St. John Valley, legal advocacy services, support groups, children’s advocacy, transitional housing, safety planning and educational trainings for K-12 students, businesses and law enforcement.

Albert has worked for Hope and Justice Project since 2009, when the organization transitioned to its current name in order to better reflect the full range of people that domestic violence can affect.

“Our largest population of people that we work with is women, but we work with men as well,” Albert said. “Anyone can fall victim to domestic violence regardless of their gender, race, sexual orientation or economic background.”

Albert noted that the increased push for gender equality in the United States during the 1970s helped pave the way for organizations like the Hope and Justice Project to form and begin advocating for victims of domestic violence. Over the years, as more people have publicly shared stories of abuse, the Hope and Justice Project has embraced opportunities to develop new programs and greater community outreach efforts. 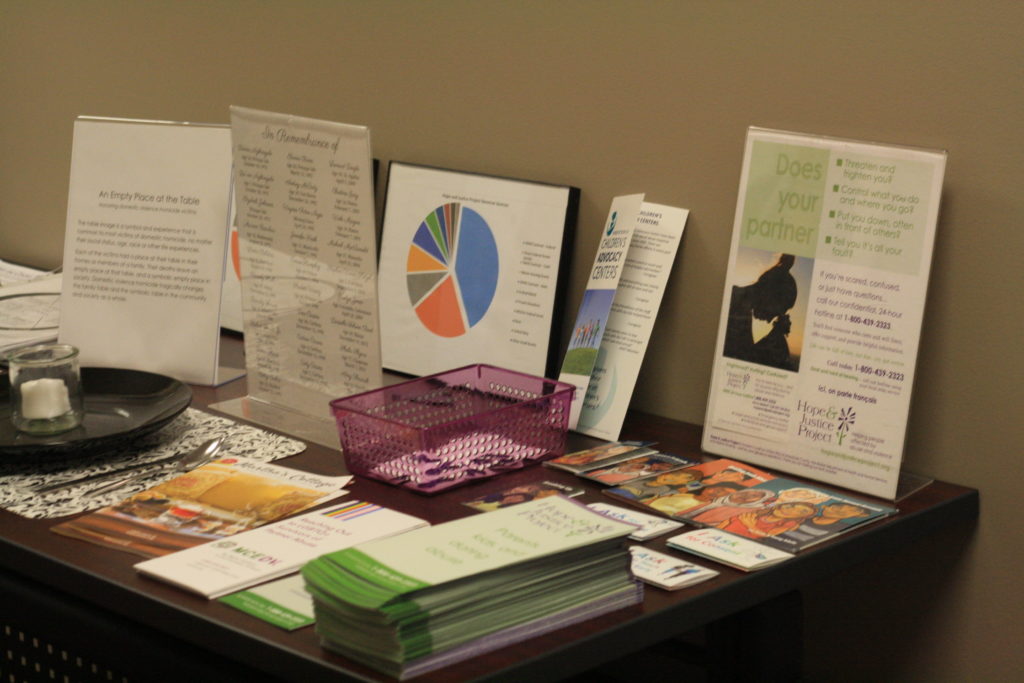 The Hope and Justice Project provides numerous resources to help survivors of domestic violence and their families in Aroostook County.
(Staff photo/Melissa Lizotte)

Despite the increase in public awareness, the issue of domestic violence continues to affect the lives of numerous people in Aroostook County and in Maine. In 2018, half of the 18 homicides that occurred in Maine were related to domestic violence.

Recent statistics from the Presque Isle Police Department show that officers responded to 41 domestic violence-related arrests in 2018. Caribou responded to 34 in the same year.

Officials from the Hope and Justice Project continue to advocate for state laws that help victims of domestic violence and their family members. Albert worked closely with the family of Amy Theriault, who lost her life to domestic violence in 2014, while they advocated for the passing of “Amy’s Law,” which the state Legislature unanimously passed in April 2018.

Theriault was a 31-year-old mother of two living in St. Francis when her ex-boyfriend, Jesse Marquis, shot and stabbed her before running into the woods. Police arrested Marquis after a six-day manhunt and a Caribou Superior Court justice sentenced him to life in prison two years later.

LD 449, An Act To Add Domestic Violence against the Victim as an Aggravating Factor in Sentencing for Murder, sponsored by State Sen. Troy Jackson of Allagash, allows judges to give special weight to murders resulting from domestic violence during sentencing.

Supporting families of domestic violence victims remains a crucial part of the mission of the Hope and Justice Project.

“We need to remember that family members are also survivors and are always affected by what has happened to their loved ones,” Albert said.

A theme running through many conversations that Albert and colleagues have had with survivors, even in 2019, is how friends and neighbors could not believe that an alleged perpetrator, who seemed “friendly” or “nice” in public, could commit such horrendous acts.

Though people might not mean to cause emotional harm, Albert noted that in the end those statements put the focus on speculation of the perpetrator instead of any abuse that the victim has suffered.

As the Hope and Justice Project moves forward, Albert hopes that the organization can promote less judgmental views on survivors and see a day when domestic violence is eradicated.

“We need to hold offenders accountable and believe victims when they share their stories,” Albert said. “There have been times when it seems like we [at the Hope and Justice Project] are the only ones who believe them.”

Maine is more than eight months into Medicaid expansion under the federal Affordable Care Act and trends around who is enrolling and where they live are starting to emerge, bucking some expectations and pointing out access challenges.
Pets END_OF_DOCUMENT_TOKEN_TO_BE_REPLACED