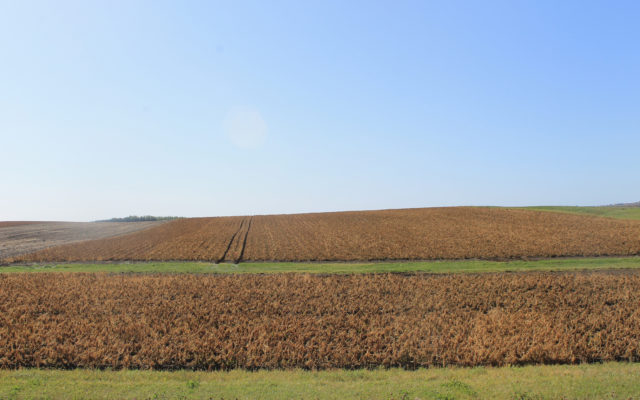 Anthony Brino • September 19, 2019
University of Maine Cooperative Extension crops specialist Steven Johnson is letting the region's potato growers know that they might consider changing the ways they control the disease late blight in the coming years.

PRESQUE ISLE, Maine — University of Maine Cooperative Extension crops specialist Steven Johnson is letting the region’s potato growers know that they might consider changing the ways they control the disease late blight in the coming years.

Johnson, who has worked with Cooperative Extension for more than 30 years and runs the late blight forecast, said there have been recent national and international changes in the regulation of the fungicide chlorothalonil, and that growers may want to start transitioning to using newer chemicals.

“I’m trying to give a heads up,” Johnson said. “Potatoes are a tough competitive business. People get to the point where they get done growing potatoes because the regulations are too much. I’ve seen that. People say, ‘it’s time for me to hang it up,’ and we are an aging business.”

Chlorothalonil has been widely used since the early 1970s to control fungal diseases in a range of crops, including apples and potatoes. While it remains effective, the chemical has come under government scrutiny and limitations in recent decades. It is considered a “likely human carcinogen” by the U.S. Environmental Protection Agency, can leach into groundwater and is highly toxic to fish and aquatic species. It’s also been implicated in damage to honeybees and native pollinators.

The russet potato varieties that comprise much of Aroostook County’s processing potato crop are often susceptible to late blight, the quasi-fungal disease that causes rots and led to the Irish potato famine. As northern Maine’s potato industry shifted to russet varieties for processing since the 1970s, chlorothalonil became the main fungicide used to control late blight, with 15 to 20 applications made in a season, depending on the conditions, Johnson said.

Today, Maine growers typically use less than 12-15 applications of chlorothalonil in a season, but future government-mandated reductions may be likely and the current amounts may also limit export opportunities, Johnson said.

“There’ve been some years that we’ve shipped a lot of potatoes to Europe when there’s a crop issue there. That might present challenges with regard to how Europe allows imports.”

Johnson said he has been researching new alternatives to chlorothalonil. They’re often just as effective, used in smaller concentrations and less frequently, but may be unfamiliar to longtime farmers who are comfortable with what they know. Johnson shares his findings and outlook with growers at meetings, field days and in newsletters.

“I’ve been working on this for the last 10 years,” Johnson said. “We have a lot better and newer chemistries that have better and longer efficacy. Newer fungicides are used at a much lower rate and generally speaking are less toxic to people, aquatic life and non-target organisms.”

While chlorothalonil might need to be sprayed weekly to maintain “protective coverage,” newer ones can be applied twice a month.

“Some of the new materials have been embraced and work well and people are happy with them,” Johnson said. “They fit the farming schedule. Some of them might take a vacation.”

Adopting these newer chemicals would be a “paradigm shift” for some growers, though they fit well into the strategy of integrated pest management where pesticides are used only in response to an economic threat, Johnson said.

“Fungicides don’t increase the yield; they protect the yield,” Johnson said. “When a yield isn’t threatened, they don’t need to be used for controlling the pathogen. It keeps money in people’s pockets.”

I was mentioning to our board of directors this past week that I got a quarterly report from a large online retailer who will donate a portion of my purchases to a charity I select.
Campaign Corner END_OF_DOCUMENT_TOKEN_TO_BE_REPLACED