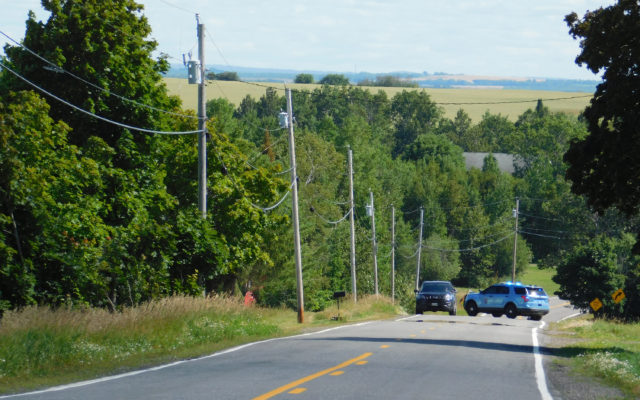 Nina Mahaleris • September 27, 2019
During a press conference in Bangor on a missing persons case Friday, Lt. Troy Gardner of the Maine State Police Major Crimes Unit offered a brief update on the Castle Hill double-homicide investigation that began on Aug. 13.

During a press conference in Bangor on a missing persons case Friday, Lt. Troy Gardner of the Maine State Police Major Crimes Unit offered a brief update on the Castle Hill double-homicide investigation that began on Aug. 13.

Without getting into specific details, Gardner said, “We are hopeful that we will be able to move forward with the Castle Hill investigation in the next three to four weeks.”

Authorities have not confirmed if any arrests have been made in the case since the investigation started.

The victims, 51-year-old Roger Ellis and 25-year-old Allen Curtis, both of Castle Hill, were found dead in Ellis’ pickup truck early Tuesday morning, Aug. 13, by State Police. Autopsies of the bodies revealed that the two men had been shot.

State troopers initially thought they were dealing with a collision between a pickup truck and an ATV when they first arrived at the State Road site just after midnight, responding to a call about a “suspicious noise complaint.” Later that morning, McCausland confirmed that authorities were investigating a double homicide.

Shortly after finding the men, authorities sent the ATV and the pickup truck to be analyzed at the Maine State Crime Lab in Augusta.

When asked if investigators have determined who owned the ATV, Gardner said, “We have the ATV and have followed up with that  information … [and] we’ll be moving forward at some point with a prosecution.”

“We anticipate that the evidence will be beneficial in moving forward with the investigation,” Gardner said.

Authorities have given area residents little solace other than emphasizing their commitment to finding those responsible for the deaths.

“We have no reason to believe at this point investigatively, that there’s any concern in the community or safety concerns … We’re pretty comfortable with the fact that there’s no ongoing threat to the community,” Gardner said Friday.

Halfway Home Pet Rescue in Caribou has partnered with the Houlton Humane Society shelter for a cat spay and neuter clinic on Saturday, May 30, and Sunday, May 31, in Houlton.
Campaign Corner END_OF_DOCUMENT_TOKEN_TO_BE_REPLACED