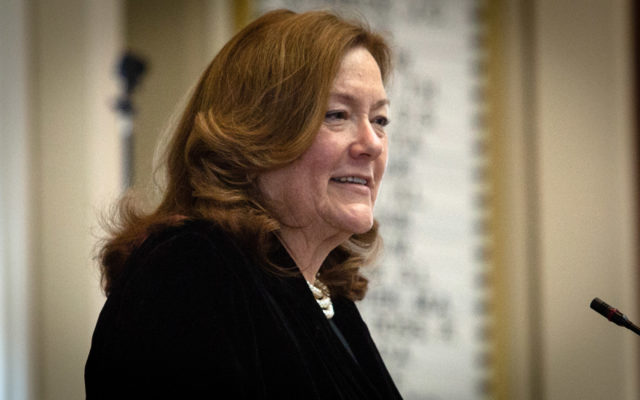 Jen Lynds • October 10, 2019
The Maine Supreme Judicial Court will be on the road this week as it hears several cases at high schools across the state, including Houlton High School.

HOULTON, Maine — The Maine Supreme Judicial Court will be on the road this week as it hears several cases at high schools across the state, including Houlton High School.

The panel of seven justices will hear arguments that morning, and students will have the opportunity to attend and witness Maine’s justice system at work.

As part of her effort to educate students and the public about the judicial process, Supreme Court Justice Leigh I. Saufley has asked lawmakers to invite the justices to convene at high schools in their districts.

On Thursday, the Law Court will hear the case of Erik Wuori vs. Travis Otis. On Dec. 10, 2018, a judgment was issued against Travis Otis in Belfast District Court in the amount of $60,000 plus interest and costs. In the case out of Waldo County, the district court ordered Otis to turn over his 36-foot-long boat to Wuori to settle the judgment, and that Wuori sell the property. They determined that the boat was not exempt under Maine law because Otis did not use the boat for “commercial fishing.” Otis is appealing, arguing that his use of the boat to fish for lobster in closed or restricted waters to obtain data from each lobster for research purposes, for which he is paid, constitutes “commercial fishing,” thereby making his boat exempt from the claims of creditors.

The second case, Sean Clark vs. Mary Beth Clark, is a real estate case out of Hancock County.

The third case, state of Maine vs. David Marble Jr, involves a murder conviction appeal out of Cumberland County. Marble Jr. was convicted after a trial of two counts of murder and one count of illegal possession of a firearm. The New York man was sentenced to life in prison for shooting and killing 35-year-old Eric Williams and 26-year-old Bonnie Royer of Manchester. Marble will serve the sentences concurrently.

Police have said Marble, of Rochester, New York, shot both victims in the head because he thought Williams had stolen from him. Prosecutors said Royer was 20 to 22 weeks pregnant at the time

Marble appeals, arguing that the trial court erred in failing to suppress evidence obtained from Marble’s cell phone because the warrant authorizing a search of the cell phone was not supported by probable cause and providing a jury instruction on accomplice liability because the evidence presented did not support the instruction.

Forbidden foods for our four-legged friends are many and can be very dangerous if ingested. Sometimes, we give our pets leftovers or what we consider treats. According to many sources, some human foods can make an animal very sick, and in certain cases can even be lethal.
What's Happening This Week END_OF_DOCUMENT_TOKEN_TO_BE_REPLACED