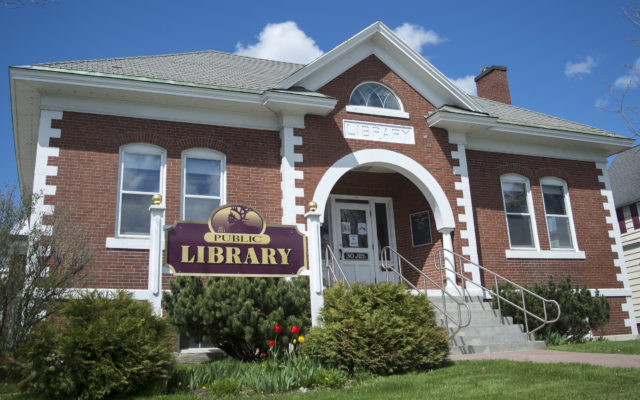 Chris Bouchard • October 12, 2019
Caribou Public Library will host a massive exhibit detailing the history of the Stonewall uprising of 1969, which led to numerous strides in LBGTQ+ movements.

CARIBOU, Maine — Caribou Public Library will host a massive exhibit detailing the history of the Stonewall uprising of 1969, which led to numerous strides in LBGTQ+ movements.

Portland Public Library initially purchased the exhibit, which consists of 17 panels that are 30 inches wide and 40 inches tall, from the Stonewall National Museum & Archives in Fort Lauderdale, Florida.

Raminta Moore, arts and culture librarian at the Portland Public Library, said the panels were purchased using grant funding from the Maine Community Foundation Equity Fund with the intent to not only host an exhibit at PPL, but also to share it with libraries across the state.

“We really wanted to share this part of history throughout the state of Maine,” said Moore, who added that Caribou Public Library Director Hope Shafer was among the first to reach out and inquire about hosting the exhibit.

Moore said the 17-panel exhibit does an excellent job of “summarizing and explaining what happened and what led to the Stonewall uprising in June 1969 in New York City,” as well as touching on how this event led to progress for LGBTQ+ Americans.

As of Oct. 10, Caribou Public Library is the only library in Aroostook County that has expressed interest in displaying the exhibit. After Caribou, the exhibit will travel to Blue Hill and the Brick Store Museum in Kennebunk.

“It will hit the northernmost part of Maine and close to the southernmost part,” Moore said. “We’re hoping we can get this circulating to a few more libraries in the middle of the state and share this part of history with the greater community.”

The Portland Public Library displayed the exhibit in June in honor of pride month, and Moore said the public reception was “fantastic.”

“It’s part of our American history,” she said, “whether we agree with it or not. A lot of freedoms for our neighbors and ourselves came out of this. I think there is a direct correlation between the uprisings and the rights that LGBTQ+ people have now, and it was because of the people who participated in that uprising. I personally feel we owe it to them to share this knowledge as widely as we can.”

Shafer said she was motivated to ask for the exhibit because it reflects a portion of the local community.

“This is a part of our population that is underrepresented,” she said, “and it’s exciting for me to help give them a voice.”

And on the subject of Stonewall, Shafer said that “to forget any part of history means we’re doomed to repeat it.”

“The library is a public facility,” she said. “It’s for everyone, not just a certain group of people; it’s literally for everyone. And the library is one of the true places where you’ll find an actual slice of the community. People don’t only take out books at the library, but others come here to have a place to stay warm in the winter. We have a cross section of everyone in the community.”

The exhibit will be displayed along the walls of the library’s Caribou Room, which is not only large enough to hold the panels but Shafer said the location will also allow the library to continue hosting its regularly scheduled events.

“We are absolutely thrilled and honored to have a chance to share this with the community,” said Shafer.

Any community organizations or institutions interested in hosting the exhibit, or learning more, can contact Moore at (207) 871-1700.

Maine is more than eight months into Medicaid expansion under the federal Affordable Care Act and trends around who is enrolling and where they live are starting to emerge, bucking some expectations and pointing out access challenges.
Pets END_OF_DOCUMENT_TOKEN_TO_BE_REPLACED