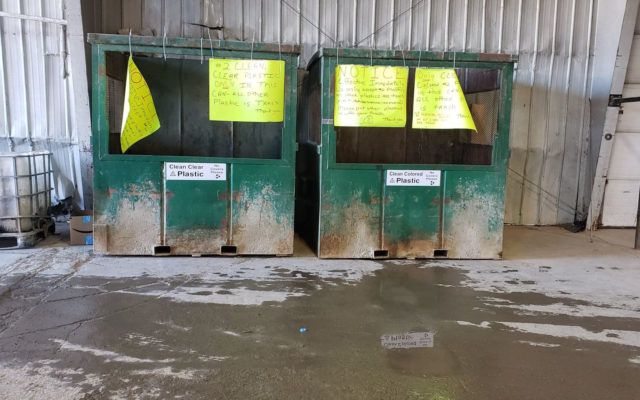 Recycling restrictions have some residents concerned

Jen Lynds • October 14, 2019
Jessica Francis of Houlton was not “that big” on recycling until her three children started middle and high school five years ago.

HOULTON, Maine — Jessica Francis of Houlton was not “that big” on recycling until her three children started middle and high school five years ago.

“We recycled bottles and cans, of course,” she said Friday. “I had done that my whole life, and I don’t know anyone who doesn’t. There is a huge incentive to do that. But until my children got in school and started educating me more about the environment and the damage that plastic does to the earth, I really was one of those people who didn’t think much about buying a plastic bottle of water instead of taking a thermos to work or separating out my plastics, cardboards and aluminum from the rest of my trash.”

So Francis was one of a number of people concerned when she heard that decisions overseas have led to changes in the material that the Pine Tree Waste Transfer Station will accept for recycling.

Casella, which owns the Houlton transfer station, notified its customers last month that starting Sept. 16, the business would no longer accept certain types of plastic for recycling.

China bans the import of 24 types of recyclable materials and established tight restrictions for other recyclables. Many recycling companies have been forced to curtail their recycling programs or dispose of recyclables.

Francis said that she is not sure what she is going to do in the long-term about her recycling. She doesn’t want to stop the progress she and her children have made toward saving the planet.

“I want to continue to encourage them to recycle,” she said. “But it is kind of hard if you have no place to take it. As it is, we are trying to buy less of the stuff that we need to separate, anyway. We are trying to buy material that is more sustainable, even if it is more expensive. But I suspect that many people are in the same boat we are.”

Helen Francis of Presque Isle is an artist who often sells her ceramic products online. She said that she often purchases bubble wrap to ship her own products and it is often sent to her when she buys items online. Once she found out that Pine Tree Waste will no longer accept it, she grew concerned.

“I don’t want to have a bunch of the stuff piled up around the house,” she said. “I know that it is not exactly an eco-friendly product, so I guess they are moving in the right direction. But I am concerned because it is a great way to ship dishes and glassware and other products that are breakable.”

Currently, Francis is exploring eco-friendly alternatives to bubble wrap and is considering sending her remaining bubble wrap to a friend in another state.

“She said that she can use it there, or else take it to her transfer station, where they are still accepting it,” she said. “I don’t see that I have much of a choice.”

Francis said that one advantage of Casella’s decision is that she and her family have been prompted to begin further exploring composting.

“It is something we have been considering for some time,” she said. “With this big cutback on the number of things we can recycle now, it is kind of forcing us to look around and see if we can cut back on our food waste as well.”

For all it does to refresh us, burn energy and keep us sharp, we all need playtime, dogs and cats included. Sharing playtime with pets has the added benefit of strengthening the bond between us, so we better understand one another.
Campaign Corner END_OF_DOCUMENT_TOKEN_TO_BE_REPLACED