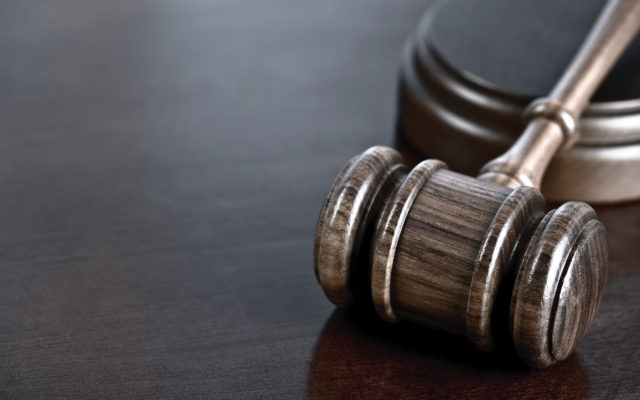 Jen Lynds • October 16, 2019
A Mars Hill man who defense attorneys attempted to establish as a possible alternate suspect in the shooting of his former stepfather was indicted on several unrelated charges by an Aroostook County Grand Jury on Friday.

CARIBOU, Maine — A Mars Hill man who defense attorneys attempted to establish as a possible alternate suspect in the shooting of his former stepfather was indicted on several unrelated charges by an Aroostook County Grand Jury on Friday.

George E. Peaslee, 40, of Mars Hill was indicted on three counts of theft and one count of violation of conditions of release, according to District Attorney Todd Collins. Peaslee was out on probation after serving jail time for theft, eluding an officer, speeding more than 30 miles over the limit, passing a road block and assault on an emergency medical care provider in April.

Peaslee is the brother of James Peaslee, 38, of Easton, who was found guilty on June 11 of murder and using a firearm to intentionally or knowingly cause the death of another. He was accused of murdering his former stepfather, Paul Hilenski Sr., who died from a gunshot wound to the chest after Peaslee came to his home in January 2018 and fired multiple gunshots at him, according to court testimony.

Hilenski, 79, had a home on the Boundary Line Road, which was outfitted with an extensive security system. The state contended that multiple security videos taken from Hilenski Sr.’s home depicted James Peaslee committing the killing. Defense attorneys, however, questioned several witnesses about Peaslee’s resemblance to George Peaslee throughout the trial.

George Peaslee did not testify, and a conclusive link was never established.

Jordan A. Field, 36, Blaine, violation of conditions of release, operating after revocation.

Jason R. Levasseur, 39, Northeast Harbor, operating after revocation, violation of conditions of release, operating while under the influence.

Matthew L. Audibert, 27, Houlton, domestic violence criminal threatening, eluding an officer, operating after revocation, violation of a protection order, obstruction the report of a crime, operating while under the influence, driving to endanger, speeding, criminal mischief.

Maine is more than eight months into Medicaid expansion under the federal Affordable Care Act and trends around who is enrolling and where they live are starting to emerge, bucking some expectations and pointing out access challenges.
Pets END_OF_DOCUMENT_TOKEN_TO_BE_REPLACED