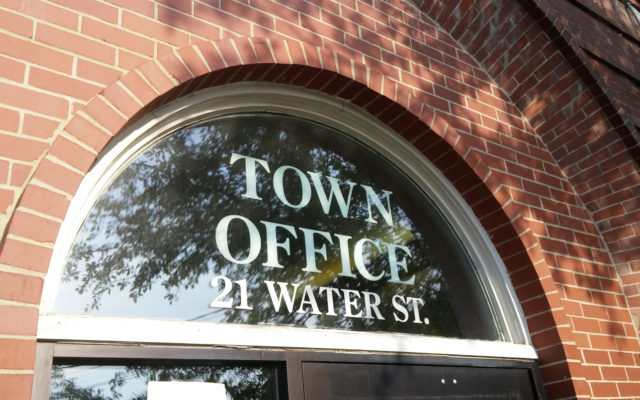 Jen Lynds • October 19, 2019
Town Councilors are considering a request for a snow plow for the maintenance truck for the Houlton Parks and Recreation Department.

HOULTON, Maine — Town Councilors are considering a request for a snow plow for the maintenance truck for the Houlton Parks and Recreation Department.

Marie Carmichael, director of the department, appeared before the council at a meeting on Tuesday evening.

She noted that over the years, the frame of the plow had been repaired multiple times to keep it in workable condition. Currently, employees were using a 7-foot 6-inch 2010 plow on the F250 truck and struggling to keep it running. It is in need of repairs again, but so is the truck frame.

“At this time, we would like to request not only the repair to the truck frame but also a new plow system,” she said. “The new plow would be bigger, thus more efficient and not so hard on the truck. We have this item in our 2020 capital improvement request.”

Carmichael said that the new plow and the frame itself would be sufficient at this time.

She attached the estimates for the new plow system, which included repairs to the truck frame and installation of the new 8-foot 6-inch system.

All of the estimates came in at approximately $5,000.

Several councilors questioned her about the matter

Councilor Chris Robinson noted that in his experience, it “was not a good use of money” to repair an old plow.

“I would be in favor of getting them a new plow,” he said.

“If you are repairing an old plow, I have been down that road,” he said. “It just doesn’t work.”

He asked Town Manager Marion Anderson if the town had the funds to make the purchase.

“Yes, we do if we use surplus funds,” she said.

Chairwoman Jane Torres said that she found Carmichael’s request to be reasonable.

The council did not take action on the matter, but will likely do so at a future meeting.

Halfway Home Pet Rescue in Caribou has partnered with the Houlton Humane Society shelter for a cat spay and neuter clinic on Saturday, May 30, and Sunday, May 31, in Houlton.
Campaign Corner END_OF_DOCUMENT_TOKEN_TO_BE_REPLACED